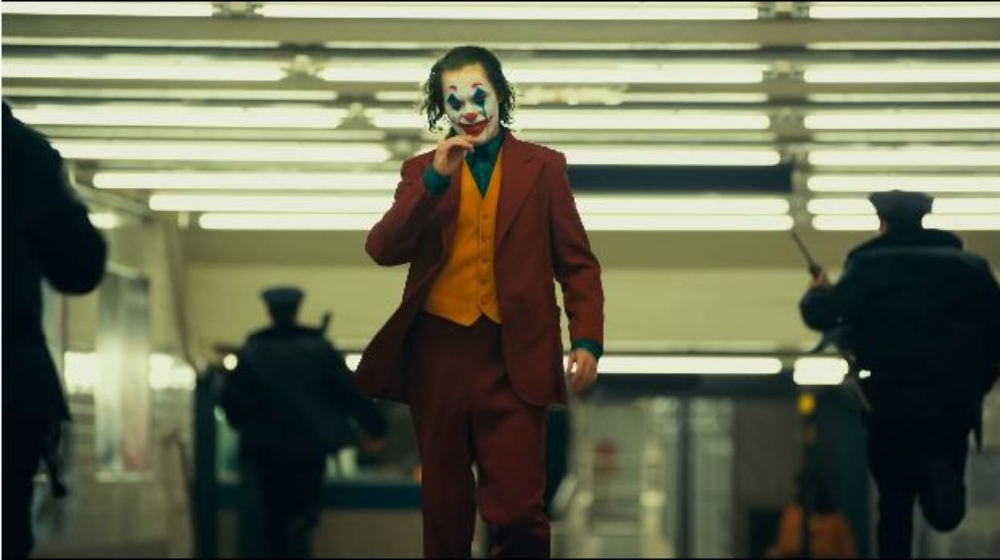 The final trailer for Joaquin Phoenix’s ‘Joker‘ is here and we’ve gotta say Warner Bros. has made up for their previous mistake (no offense Jared Leto).

Lets take a peek at what’s going on here:

We get a glimpse of Arthur Fleck’s journey that wiped off his happy face, only to paint it in clown colors. The failed stand-up comedian faced more than rough tides in Gotham City. He was battered and bruised by almost all the people who encountered him.

Robert De Niro’s Murray Franklin, a talk show host, really pitches in to push Arthur to a dark turn. at one point we even see Thomas Wayne punch him in the face.

How Thomas Wayne gets caught up in this is still a mystery. In the last trailer, we learned the father of Bruce Wayne (aka Batman), is no fan of this Joker.

How did things escalate beyond that? Murray Franklin’s public humiliation of a struggling comedian Arthur Fleck is far worse than anything Thomas Wayne could have done, right?

Before Joker Was All Bad, He Was Sad

This really sets the tone for Joker’s ‘kill or be killed‘ philosophy that he takes later on. Maybe love might have been enough to heal him if it had lasted. Zazie Beetz as Sophie Dumond plays Arthur’s love interest.

Even his therapist gives up on him, telling him ‘this is the last time he’ll see her‘.

That’s when Arthur Fleck calls her out for what a lousy job she did. Asking him the same questions, if he’s having any negative thoughts, again and again.

“All I have are negative thoughts.”

We know his mother is the only family Arthur has. Mrs. Fleck on the deathbed isn’t doing Arthur’s mental health any favors.

We always knew there was a backstory to Gotham’s Clown Prince of Crime’s catchphrase;

Joker wasn’t always a maniacal villain. Initially, he would try to make people laugh. We see Arthur try to make a child laugh on the bus, till his mother snaps at him.

It may be the saddest story you’ll get to see based on the Joker final trailer. Director Todd Phillps said that this version of Joker is purely an original creation and doesn’t draw from the comics.