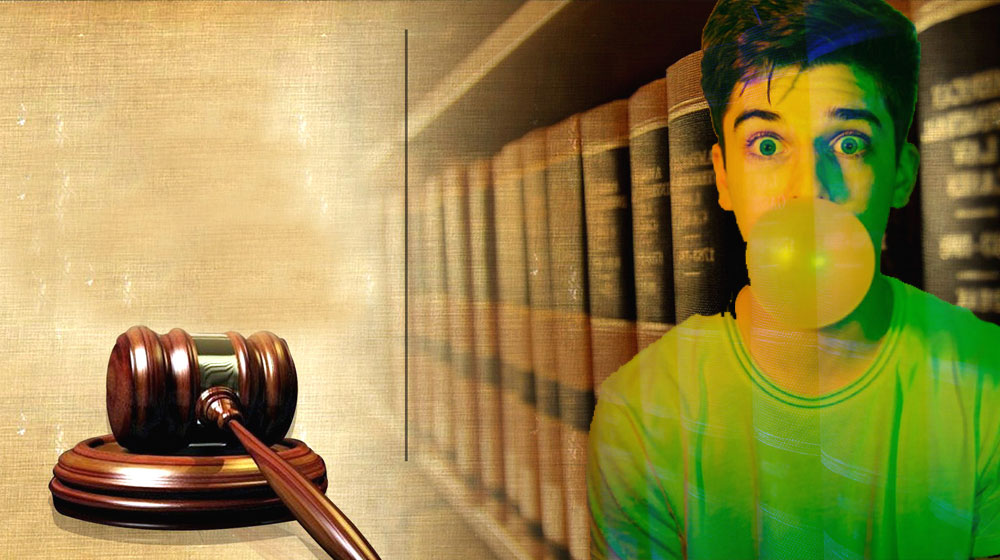 An Additional District and Sessions Judge from Islamabad Capital Territory (ICT) dismissed the bail plea of an accused because he was chewing gum during his appearance before the court.

Petitioner Yasir Arafat requested a pre-arrest bail in a minor offense under section 498 of the Criminal Procedure Code on January 31st, which was rejected by the Sessions Judge, Mohammad Adnan.

Pakistani Woman Teaches Her Rapist a Lesson He Will Never Forget

On February 3rd, an IHC member inspection team (MIH) sought a report from the Judge in this regard. Responding to the show cause notice, Judge Mohammad Adnan opined that the suspect’s act of chewing gum inside the courtroom ridiculed the court’s dignity and lowered the police morale.

Judge Adnan quoted rules from the Constitution to justify his actions. According to him, an accused must unconditionally surrender himself as he is involved in some cognizable offense in which police have the right to arrest him without warrants. When a suspect seeks ad-interim bail from the court, he/she admits to cooperate in the investigation and to attend this court, regularly till the final disposal of the case.

However, in this case, the accused did not attend the first hearing without any intimation, although he was aware of the date.

“On the second call when he appeared, while his case was in progress, he was chewing the chewing-gum in a way that caught the attention and interrupted the undersigned while performing the judicial functions.”

Humayun Saeed Ordered to Appear in Court and Explain His Dialogues From Mere Pass Tum Ho!

The Judge maintained that any accused must not be allowed to chew gum or indulge in any habit (i.e., smoking) inside the courtroom at the cost of interruption of judicial proceedings.

“Decorum of the court was the key factor while passing such order so that people in general and those in particularly present in court must learn such norms and educate others.”

Do you think the Judge was right to reprimand the citizen for his act? Give your opinion in the comment section below.