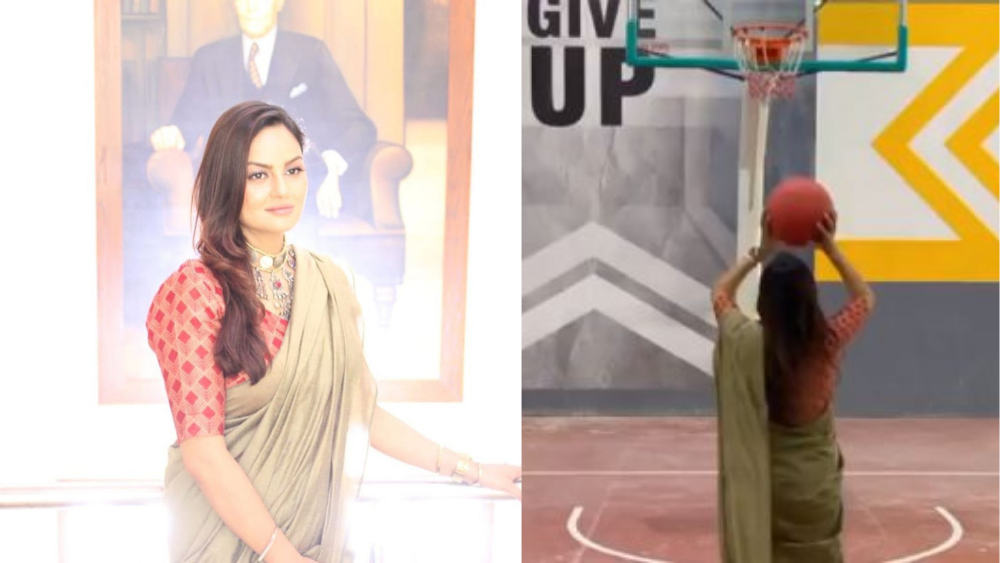 Juvaria Abbasi mesmerized fans as she played basketball while gorgeously donning a saree. Although none of her hits made it through the net, her confidence made the masses swoon.

Age is just a number for the fashionista. She continues to remain young at heart and gives us major fitness goals. The Ghisi Pitti Mohabbat actor who was spotted gave her fans a message to ‘never give up even if they don’t succeed at once.’

Some people even said that she reminded them of Anjali from Karan Johar’s Kuch Kuch Hota Hai, originally essayed by Kajol Devgan.

In another post, Juvaria Abbasi shared pictures from her official trip to Ormara, which was arranged by Pakistan Naval Academy PNCCO.

“‘Pakistan Navy’s Cadet Collage’ Ormara – Baluchistan where we worked with Pakistan Navy on multiple projects of the social kinds. Where i met the best camaraderie of Cadets, and the elite staff of Pakistan Navy camp, received awards and gift with protocol. It’s in the greater cause of supporting the Baluchistan’s vision and the greater stronger nation on the social responsibility grounds,” she wrote.