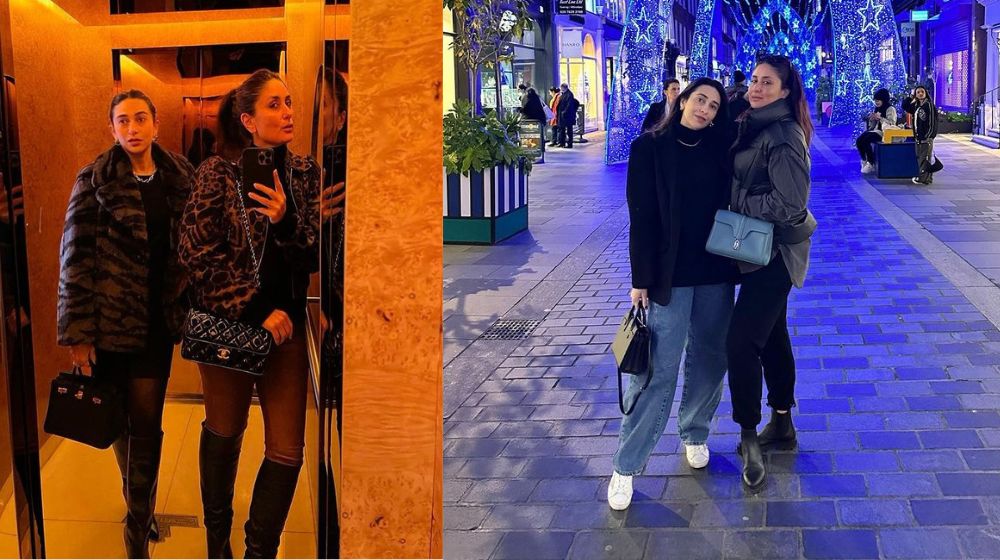 Karisma and Kareena Kapoor have been giving us major sister goals since forever. The divas have been at the pinnacle of their careers and ruled Bollywood making a huge fan following across the globe. Be it their looks, style, or their iconic dialogues.

The sisters know how to pose, pout and travel oozing volumes of glamour, and were recently spotted having a ball in London amid Christmas preparations. Karisma (aka Lolo) turned to Instagram to share a few pictures of them strolling around the streets of London. Kareena (aka Bebo) is currently shooting for a Hansal Mehta film and took some time off and was joined by Karisma to have some fun. 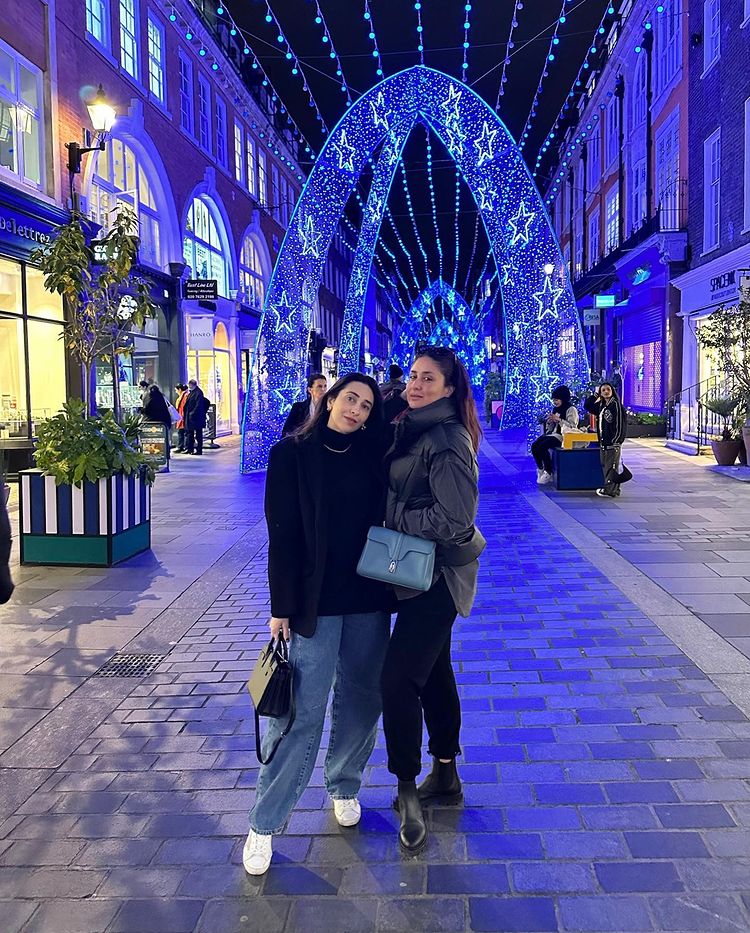 Both are known for their opulent sense of fashion. While their individual sartorial choices always make headlines, they have worn many statement- and-headline-making outfits together. 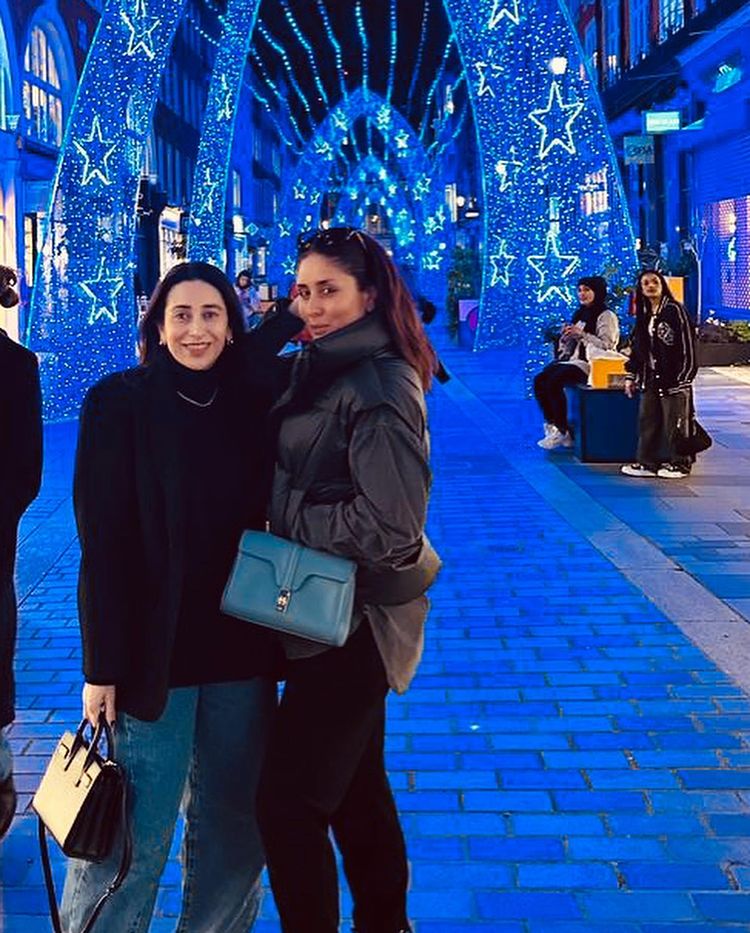 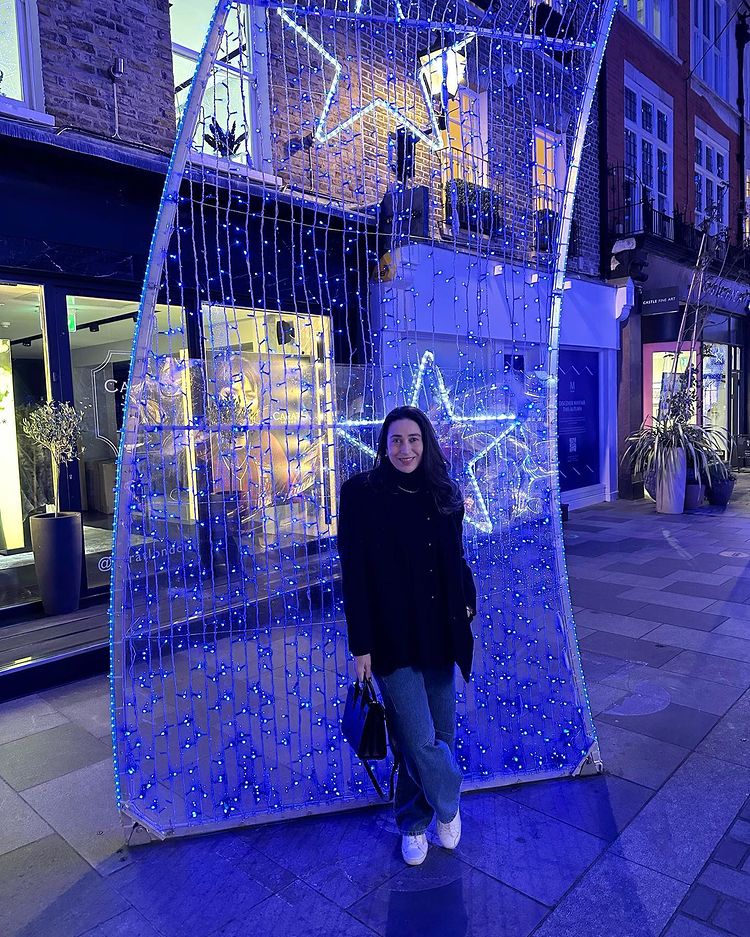 Having a date night together, the sister duo gave us a glimpse of what a girls night out is like for them. Clad in chic winter outfits, donning similar printed jackets and thigh-high boots the Kapoor girls looked like vogue models exuding panache and style head-to-toe. 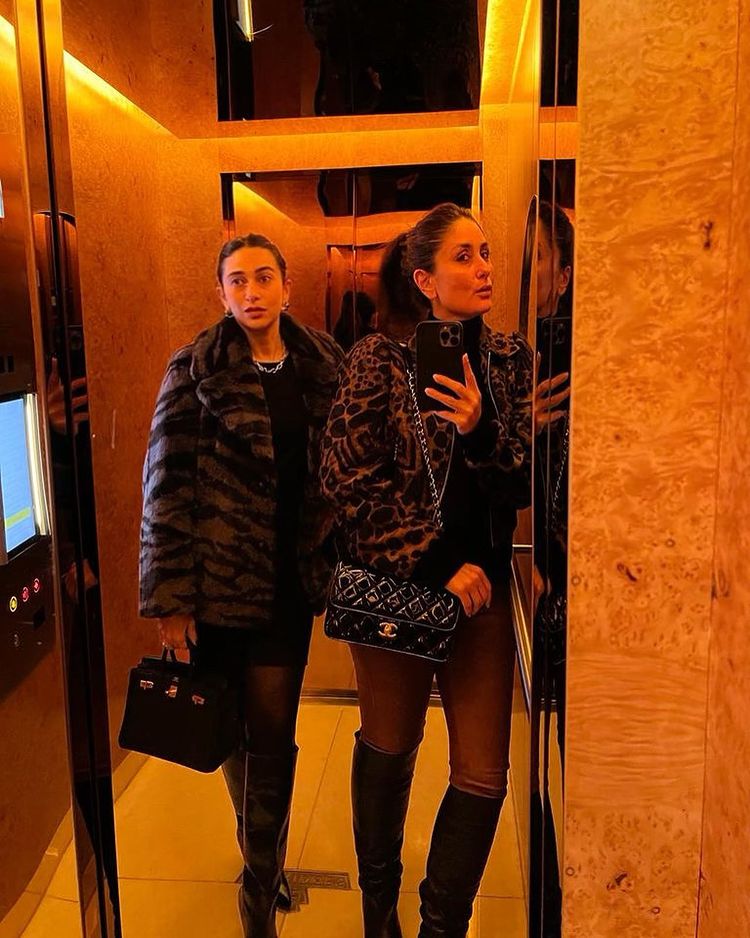 Kareena Kapoor Khan and Karisma Kapoor are the true definition of a lovable sisterly bond and are the sisters-before-misters kind. They go on vacations together and are also usually seen sipping margaritas and martinis, and partying hard together. They still give each other make-overs and go on shopping sprees, and give us utter sister goals 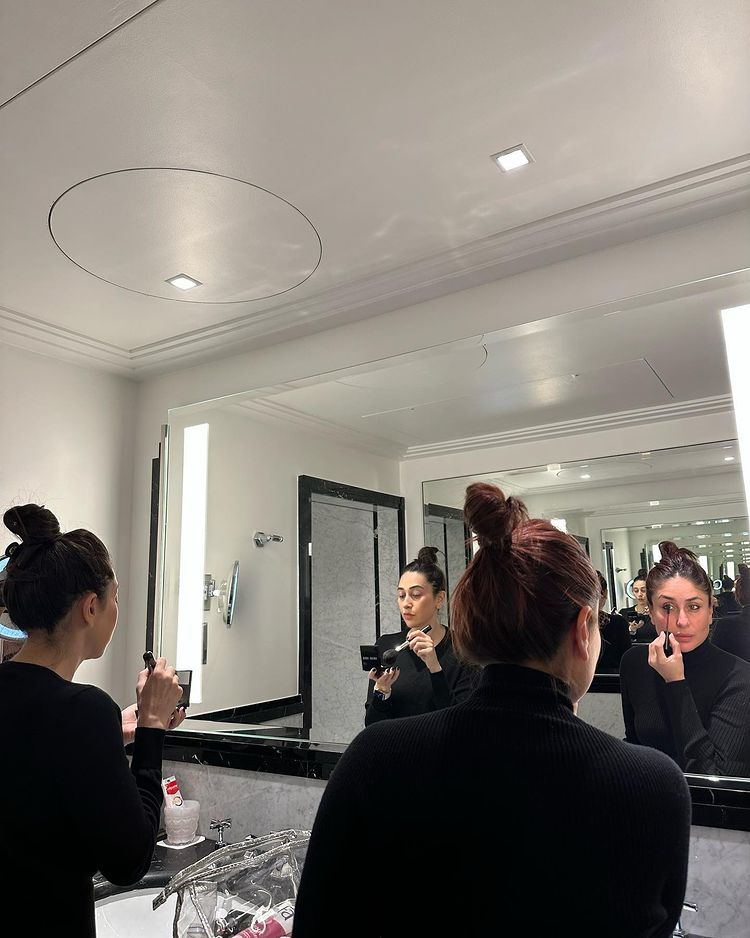 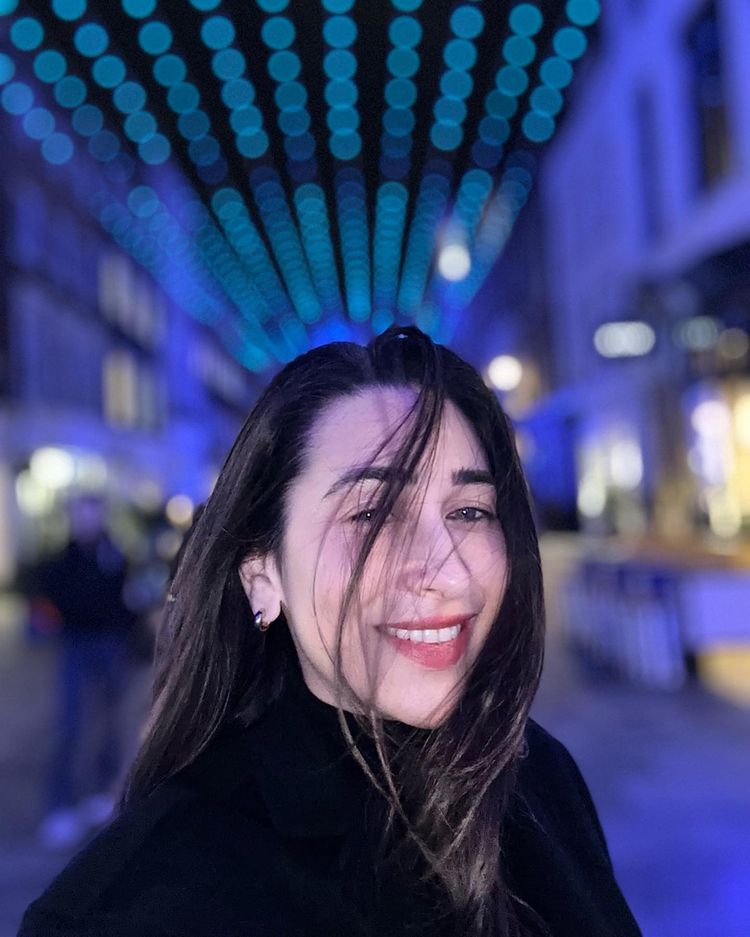 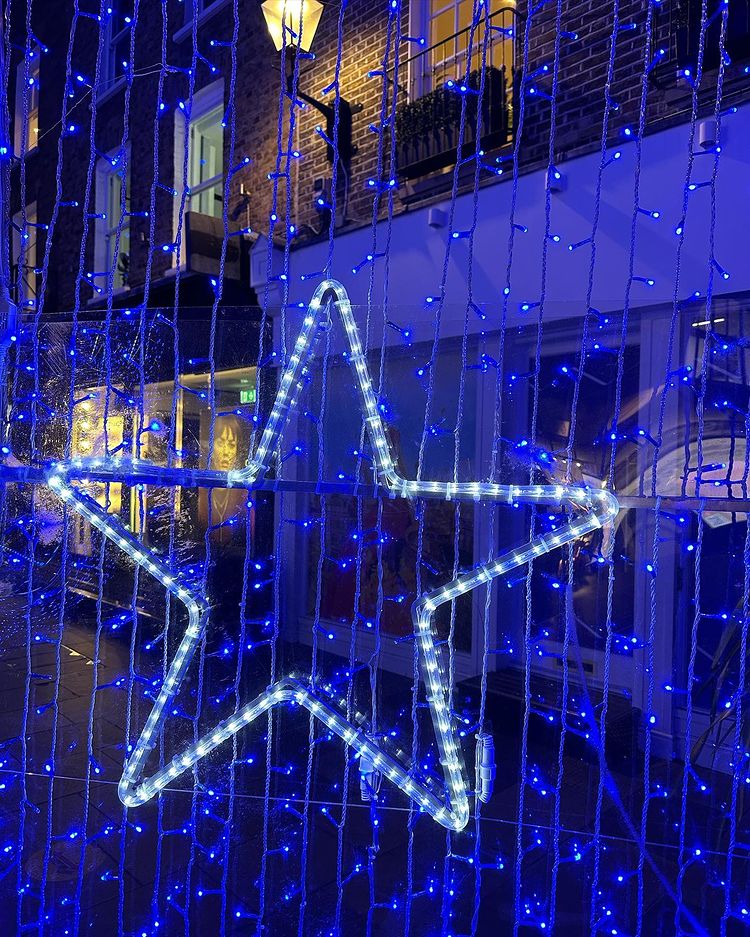 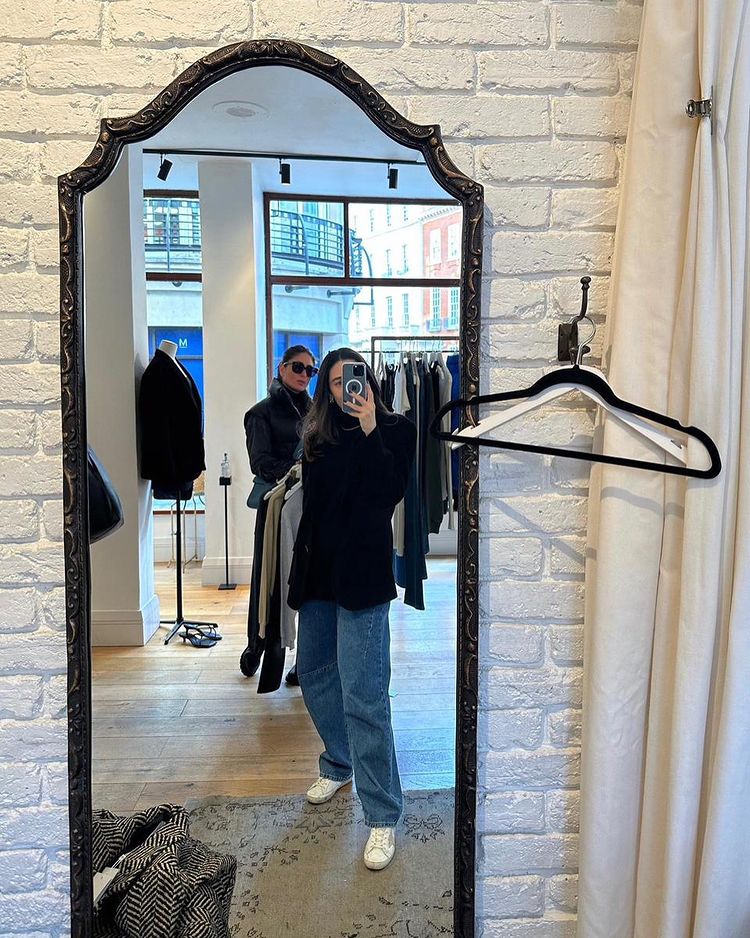 What do you think of their yummy mummy fashion statements? Let us know in the comments below.