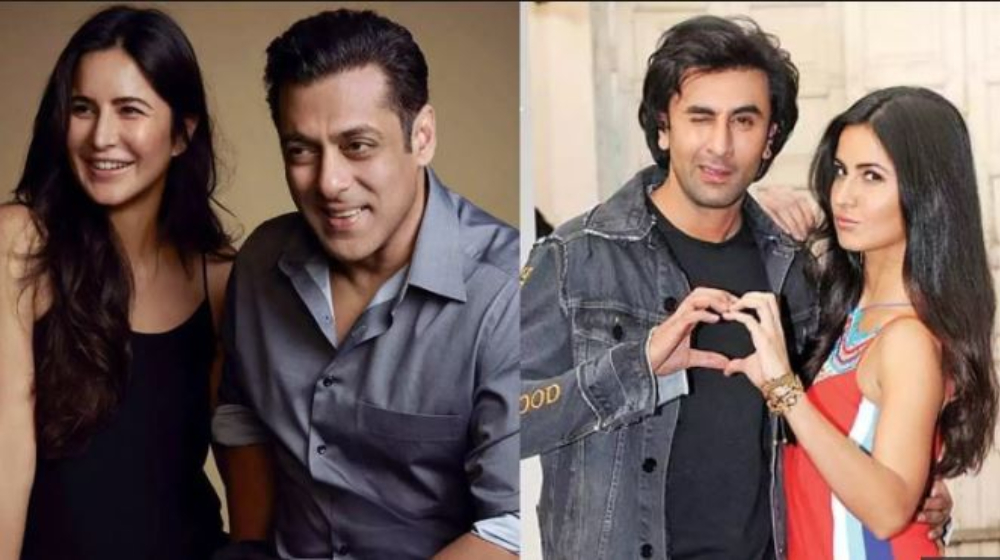 Dealing with ex-flames is hard enough as it is (not all of us end it maturely on good terms). Doing so in the public eye comes with a whole other subset of problems. Just ask Katrina Kaif.

Katrina has been in the biz for almost 16 years now and we know about all her former flames in that time (all two of them). While Kat is comfortable working with Salman, how well does she deal with run-ins with Ranbir Kapoor?

Rather than leave room for speculation, the actress cleared the air and it’s not awkward.

“I just don’t feel awkward and I don’t carry any heavy thoughts about it.”

Katrina Kaif on Past Relationships

The quiet and reserved actress made it clear that both her relationships left her with no hard feelings (just heartbroken then?). Her way of looking at it is that ‘all her experiences have only given her something‘.

“As I said, all my experiences have only given me something. Also, why do we have to make everything so complex and heavy?”

Katrina Kaif then explained that she’s comfortable around her exes because she has only come out stronger after her relationships.

“Why would I want to feel awkward in anyone’s presence? I would rather smile, laugh, have a good chat and keep it easy, instead of keeping a sad face. Simple!”

So Kat is totally cool with being around her former beaus be it at shooting schedules, media events or parties.

“It’s a personal thing and may not work for everyone but if I had two options, I would always choose the simple one over the heavy and complex one.”

Katrina and Her Relationship with Work

Since her Bollywood debut with Boom in 2003, Katrina Kaif has taken the biz by storm. At times it was disputed if she was the queen of Bollywood. She remained Bollywood’s highest-paid actress back in the early and mid-2000s.

Obviously, her relationship with work has always come through, regardless of the men in her life.

While her professional life has been in the limelight of late, so have her relationships. Since the actress agreed to work on Bharat opposite ex-flame Salman Khan, people have been wondering how that’s been.

While fans and media personnel are really just trying to stir the pot (Salman Khan has a girlfriend remember?) two beaus over 16 years sound like a consistent lady.