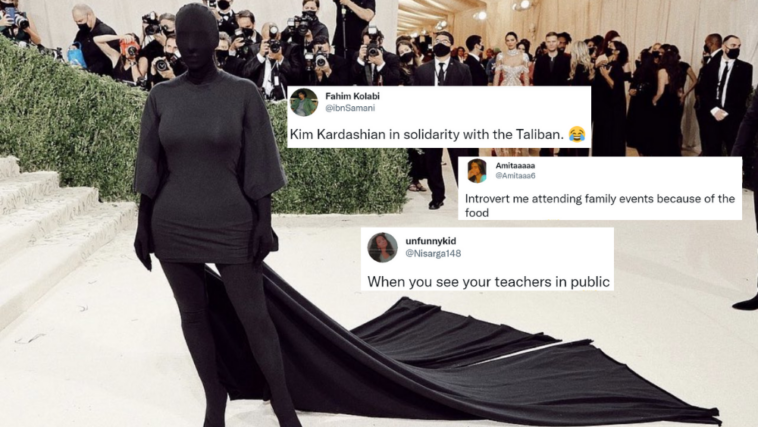 Kim Kardashian’s Met Gala look is all the rage on social media, not because it was the best look of the event or even a good one, but because people are confused. Her all-black Balenciaga outfit has triggered a meme fest on the Internet and here are some of the best reactions.

The reality star is notorious for experimenting with her looks and most of the time people actually look up to her as their fashion inspiration. However, Kim Kardashian’s Met Gala look became a target for trolls.

She arrived at the event in an avant-garde all-black number from Balenciaga, which covered her from head to toe. Kim, who loves flaunting her skin in bold outfits, showed absolutely zero skin at this year’s Met Gala. Apart from her long hair extensions, not even an iota of her skin can be seen.

As dramatic as it may have been, netizens could not comprehend what she was really going for. Soon, they started comparing her with Harry Potter’s dementors, Mortal Kombat‘s Noob Saibot, and even Kaonashi (No face) from Japanese anime Spirited Away.

Take a look at some of these hilarious memes.

is kim k really going to the met gala as a dementor pic.twitter.com/qbiuGXGaWG

Kim K cosplaying Buttercup on that one episode of the Powerpuff Girls #MetGala pic.twitter.com/Fr4Vf8aPMo

No Face made it to the Met Gala!✨ #MetGala2021 #MetGala #KimKardashian pic.twitter.com/msAIcqPXqH

all this time my wallpaper is kim kardashian pic.twitter.com/tTU4nwG8DV

Me and my sibling when relatives come to our house #KimKardashian #MetGala2021 pic.twitter.com/XJ7aIRwIcO

Me going out like this so everybody thought i'm kim kardashian pic.twitter.com/66w1nQduuM

Kim Kardashian looking like an unlockable character in Tekken pic.twitter.com/racxTsMRiu

feeling as useless as kim kardashian’s makeup artist for the #MetGala pic.twitter.com/GlPAXffZdX

Kim: “Kendall I thought we agreed on the matching outfits?!”
Kendall: “I didn’t know you were being serious!” #MetGala pic.twitter.com/FZvt6YzElF

me and my anxiety chillin tf together pic.twitter.com/o9r1XmGddW

ALSO READ
Met Gala 2021: The Most Bizarre Outfits From The Red Carpet 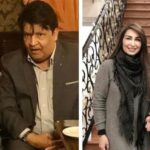 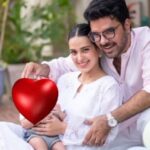