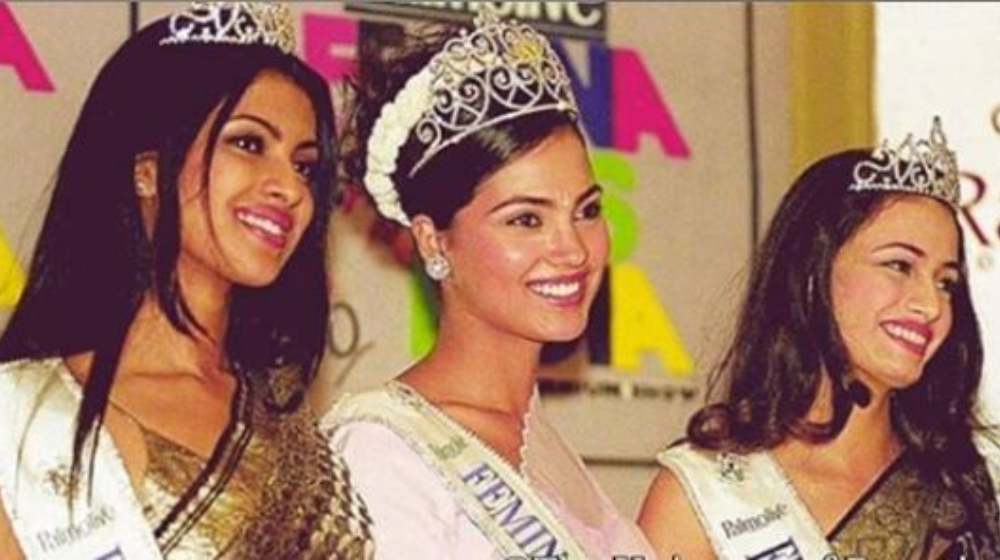 The picture is from 2000 when Lara Dutta was Miss Universe, Priyanka Chopra was Miss World and Dia Mirza was Miss Asia Pacific International.

It has been 19 years since the three Miss Indias brought home International wins.

“You guys are THE ABSOLUTE BEST and none of our journeys would have been possible or successful without that perfect first step with you’ll !!! Wishing you many many more milestones and success!!!”

Last time PeeCee shared a picture from the three divas brought home wins in 2000, was for Lara Dutta’s birthday.

From Miss India to Bollywood Diva

Since Aishwarya Rai first brought home the Miss World crown in 1994, several other Indians have followed suit. From there started the transition of pageant queens to Bollywood divas.

Aishwarya Rai made her Bollywood debut with Aur Pyaar Ho Gaya in 1997. After that Miss World 1999, Yukta Mookhey also tried her hand at acting but didn’t make it big.

Miss World 1997, Diana Hayden only has two Bollywood films from back in 2004. While the 2017 Miss World winner Manushi Chhillar hasn’t made her Bollywood debut yet.

Sushmita Sen and Lara Dutta went on to bring home the Miss Universe crown in 1994 and 2000, respectively.

India’s first Miss Universe Sushmita Sen made her Bollywood debut with Dastak in 1996.

Sushmita Sen Is Making Her Comeback To Showbiz

Lara Dutta made her Bollywood debut in 2003 with Andaaz opposite Akshay Kumar. Priyanka Chopra catwalked into Bollywood with The Hero: Love Story of a Spy, alongside Sunny Deol and Preity Zinta.