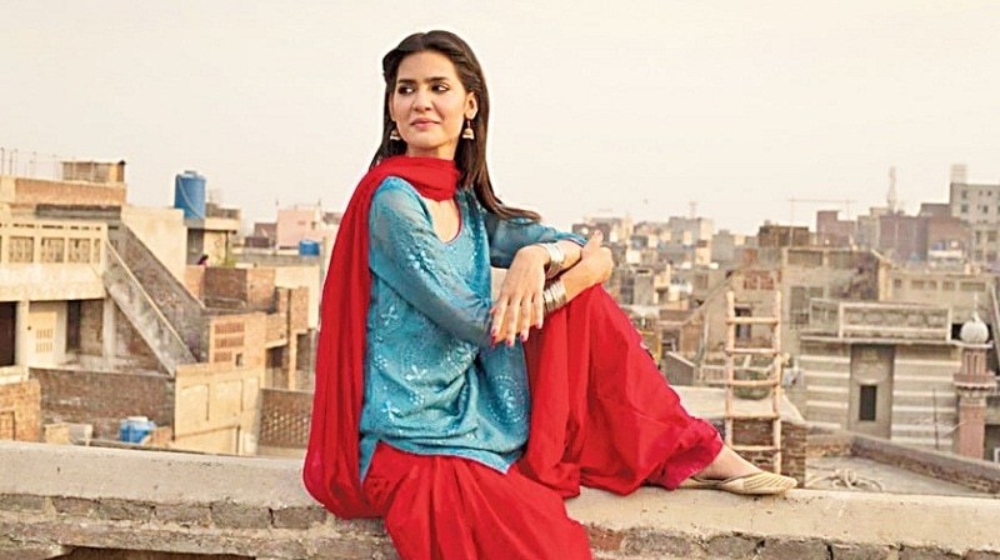 After impressing fans with one challenging role after another, actress Madiha Imam has landed a role with dream team Fawad Khan and Mahira Khan in Neelofar. Looks like she’s set to make her film debut.

The young artist is as excited about working with Fawad Khan as the Humsafar heartthrob gears for his comeback role on big-screen.

“The content is amazing and knowing that Fawad Khan is the producer, I knew it was going to turn out great, … Who wouldn’t want to work with Fawad Khan?”

Just recently the young actress blew everyone away with her role in Mehreen Jabbar’s web series, Ek Jhoothi Love Story opposite Bilal Abbas Khan. In an interview with BBC Asian Network regarding how progressive this story is compared to some of her other works, the actress spoke up about the lack of options in the Pakistani entertainment industry for artists that want to portray progressive narratives on-screen. She mentioned how signing up for her role in Muqaddar had been a compromise.

Now she’s telling Something Haute that she’s glad she didn’t have to compromise on her morals when it came to her role in Neelofar.

“I did not have to compromise on my morals and that was obviously the reason why I signed this project. Secondly, it’s a Mahira and Fawad starrer, … “It’s a small role, but it has weight.”

Mohib Mirza Stuns Audience With His Performance in Dushman-e-Jaan

Although it is a supporting role the Dushman-e-Jaan actress took up the offer due to the progressive storyline. More on her role in the film, Madiha Imam said her character is of a charismatic 21-year-old woman.

“It’s a strong part and I thoroughly enjoyed playing it, … My role was mostly with Fawad Khan and it was wonderful! As a producer and co-actor; the experience was incredible in both regards,”

Aside from big-wigs Mahira and Fawad, Neelofar cast includes Behroze Sabzwari, Atiqa Odho, and Naveed Shahzad. Shooting for the film has wrapped up and it’s expected to hit theaters in 2021.