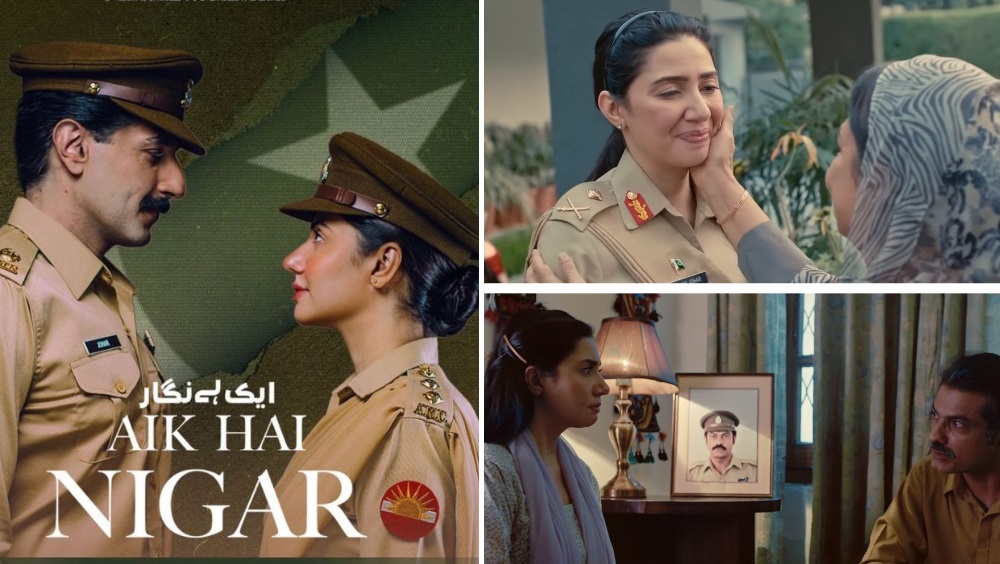 After Mahira Khan’s telefilm Aik Hai Nigar bagged the ‘Best Asian Film’ award at the Septimius Awards, the starlet thanked all those that made her production possible.

The Inter-Services Public Relations (ISPR) collab is one of the Humsafar starlet’s first productions as she ventures into that realm. She even kicked off her own production house SoulFry films.

As a filmmaker now, she thanked the team that made Aik Hai Nigar possible and a huge success.

The Sadqay Tumharay actress took to Instagram to mention those in her crew.

“This has been long over due.. there are so many people I need to thank and am grateful to, for this small labour of love we made – Aik Hai Nigar. Starting with my Co producer Nina. Thank you for bringing this story to me, thank you for listening when I would disagree, thank you for teaching me the small ways a producer has to swallow their pride and look at the larger picture always. Bigger picture it is baby! InshAllah.”

Following her co-producer, she moved on to the creative minds behind the telefilm, writer Umera Ahmed, and director Adnan Sarwar. Other mentions include;

“Abdullah Haris, you are a champ! Babar you made Nigar come alive, you were not just a make up artist you were everything. Fizza for recreating the era and looks. Anushay and Seher thank you for managing what seemed like a Herculean task. My ADs Wajid and Shuja… meray cheeetay!”

She mentioned how her Verna costar Haroon Shahid, created a track for the film.

“Haroon! This song that you made me hear years ago, is what used to keep coming to mind everytime I thought of Nigar and Johar. Thank you for generously giving your precious songs to us. Abbas Ali Khan, you turned raw beautiful songs into gold. Lala lurkh you gave it the old school magic we needed.”

In the end, she also thanked her co-star Bilal Ashraf for signing the project. Mahira Khan played the titular role of Lieutenant General Nigar Johar in the film.

“For being the person that you are! Your dost khana has your back, always.”