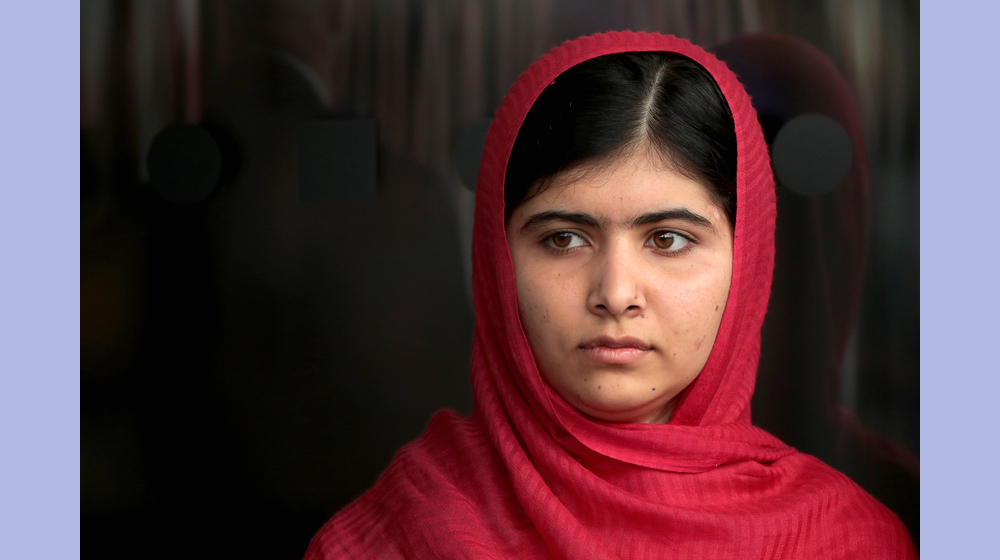 BIRMINGHAM, ENGLAND - SEPTEMBER 03: Malala Yousafzai opens the new Library of Birmingham at Centenary Square on September 3, 2013 in Birmingham, England. The new futuristic building was officially opened by 16-year-old Malala Yousafzai who was attacked by Taliban gunmen on her school bus near her former home in Pakistan in October 2012. The new building was designed by architect Francine Hoube and has cost 189 million GBP. The modern exterior of interlacing rings reflects the canals and tunnels of Birmingham. The library's ten floors will house the city's internationally significant collections of archives, photography and rare books as well as it's lending library. (Photo by Christopher Furlong/Getty Images)

Harvard is giving its most prestigious activism award the Gleitsman to Malala Yousafzai.

When you thought her days of winning awards were replaced with regular school stuff think again. The Nobel Prize laureate Yousafzai is being awarded the prestigious Harvard University for her efforts in promoting girls’ education.

Harvard’s Kennedy School said Malala Yousafzai will be awarded the 2018 Gleitsman Award at a ceremony on December, 6 along with will $125,000 prize money. Back in October the university revealed that Yousafzai had been selected for the award this year.

“The Kennedy School’s Center for Public Leadership bestows the annual Gleitsman Award to an individual or team whose leadership in social action has improved quality of life.”

After she became the youngest person to win the Nobel Peace Prize in 2014, Yousafzai was recognized for her global work in supporting schooling for all children.

Yousafzai is a student at Oxford University in England plus she has her Malala Fund that is concerned with uplifting individuals particularly women in less developed and deprived areas.

The Harvard Kennedy Center for Public Leadership acknowledged this in their press release.

“Her remarkable story has inspired girls — and boys as well — to follow in her footsteps and has activated a generation of practitioners and legislators who are fighting for equality in their own communities.”

The Gleitsman is named after entrepreneur, philanthropist, and major donor to the Center for Public Leadership Alan L. Gleitsman. He started the Gleitsman Program in Leadership for Social Change for schooling young people in social entrepreneurship and activism.