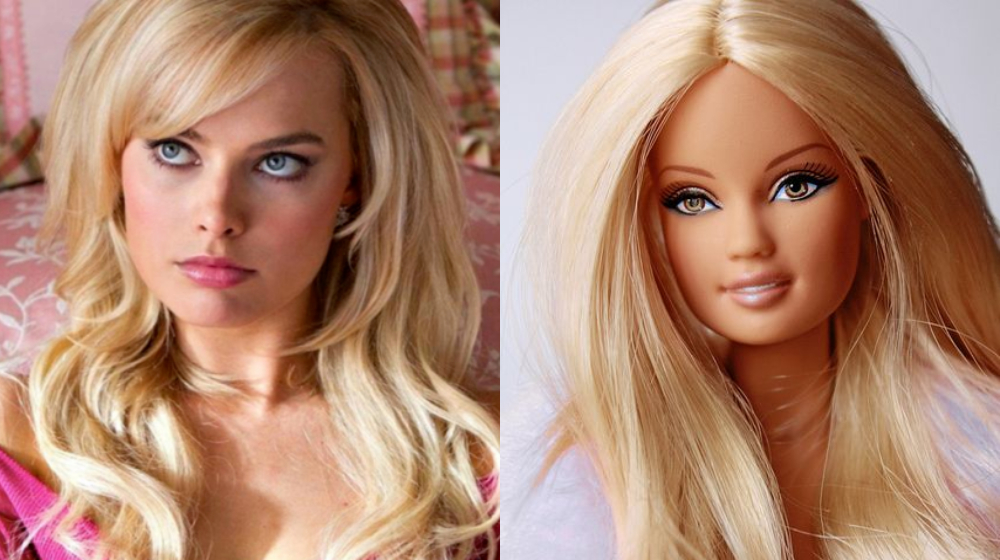 Barbie is also getting her own live action adaptation and Margot Robbie will be playing the role.

The Australian beach blonde is a doll is real life, her impeccable acting skills aside, and now she’ll get to play Barbie in real life.

After plenty of Disney animated films were turned in live action adaptation since Maleficent (2014) , now its Barbie’s turn.

Toymaker Mattel and Warner Bros studios are partnering up to make the film. Oscar nominated Robbie will also co-produce the film.

Barbie has taken on a number of avatars over the years since the doll’s release in 1959. Since then the doll has been adored and marred by controversy.

The announcement made by Warner Bros and Mattel didn’t mention which avatar Barbie will be taking on for the live action adaptation. No details regarding the plot, film title or release date was revealed.

28 year-old Margot Robbie made her debut as Naomi in The Wolf of Wall Street and went on to star in films like The Legend of Tarzan and Suicide Squad. The versatile actress was nominated for an Oscar for her role as Tonya in I, Tonya.

The actress now hopes to make a mark with her role as Barbie. She told Variety magazine that she is honored to being taking on the role and hopeful that it will have a positive impact on children worldwide.

“Playing with Barbie promotes confidence, curiosity and communication throughout a child’s journey to self-discovery. Over the brand’s almost 60 years, Barbie has empowered kids to imagine themselves in aspirational roles from a princess to president,”

Barbie as a Cultural Icon

Barbie has taken on over 200 careers in her lifetime of 60 years and counting. She’s been everything from a princess and fashionista to a robotics engineer, astronaut and teacher.

The globally renowned doll is a cultural icon that is celebrated by the likes of Andy Warhol, and the Paris Louvre museum.

She was even the muse to the satirical song Barbie Girl by Scandinavian pop group Aqua.

Criticized over the years

Barbie has also been under fire for years for promoting negative body image issues amongst young girls. The dolls proportions are unrealistic and a body positive campaign drove down sales in 2014.

Due to this, Barbie released a plus size Barbie and tried appealing to broader audiences with inclusivity. This included dolls with a variety of skin tones, body shapes, hijab-wearing dolls and science kits.

The live-action Barbie film will be Mattel Films’ first project. The production unit was set up in September by the toy-maker Mattel to expand on their franchises such as Barbie, Hot Wheels, American Girl, etc.

Everything that can be milked, will be milked… except for original ideas. #BarbieMovie #Barbie #MargotRobbie https://t.co/WszbnxjzDr

Given Margot has already played an anti-hero, Harley Quinn, in Warner Bros’ Suicide Squad, people have mixed responses to the news.

Harley Quinn is gonna be a Barbie !#BarbieMovie @MargotRobbie

.@MargotRobbie set to play #Barbie for @wbpictures – OF COURSE I had to photoshop together a "Harley Barbie"…#BarbieMovie #MargotRobbie #HarleyQuinn pic.twitter.com/hSpSZlHcr6

Previously the comedian Amy Schumer was also being considered for the role of Barbie. Anne Hathaway was also rumored to be cast when Schumer backed out in 2017.