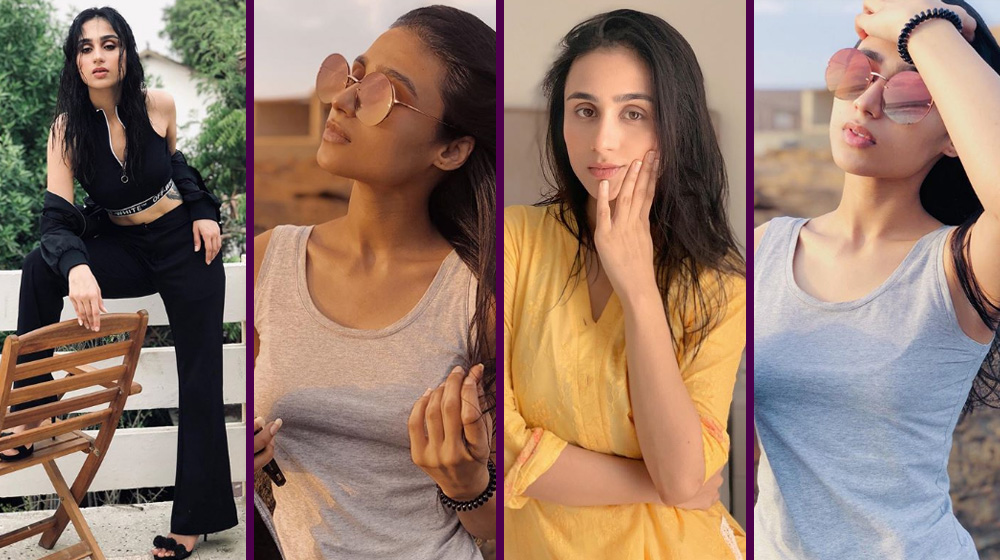 After becoming an overnight star with the drama serial Suno Chanda, we often forget what a new artist Mashal Khan really is. Recently the actress opened up about how she was treated as an emerging talent.

In an interview with Fuschia Magazine, Mashal Khan opened up about the bullying she faced on the set of ‘Suno Chanda’.

The model-cum-actress talked about a lifetime of being bullied and how it prevented her from seeing the problematic behavior on the set of the Ramzan drama.

“Honestly speaking, when I was bullied at the set of Suno Chanda, at first I didn’t realize because I was being bullied since childhood. So I had a thought in my mind that I’ll be bullied the same way for the rest of my life. After being bullied several times I faced panic attacks.”

However, all hope was not lost as there was one costar on set that had the decency to stand up for the Lifafa Dayan actress.

“Senior actor Mohammad Ahmed was the only one who stood up by my side, he is an angel. It’s obvious that no one wants to put themselves in trouble, so why would anyone take a stand for me. I was a random person, no one even knew me.”

ALSO READ
Guess Who Was First Choice To Play Lubna In ‘Parizaad’?

The Mere Humdum actress was moved by the gesture as by standing up for her, the veteran artist was antagonizing some people.

Despite the adversity, Mashal Khan has gone on to become a star over a short span of time. Currently, people are in love with her character ‘Lubna’ in the drama serial Parizaad.