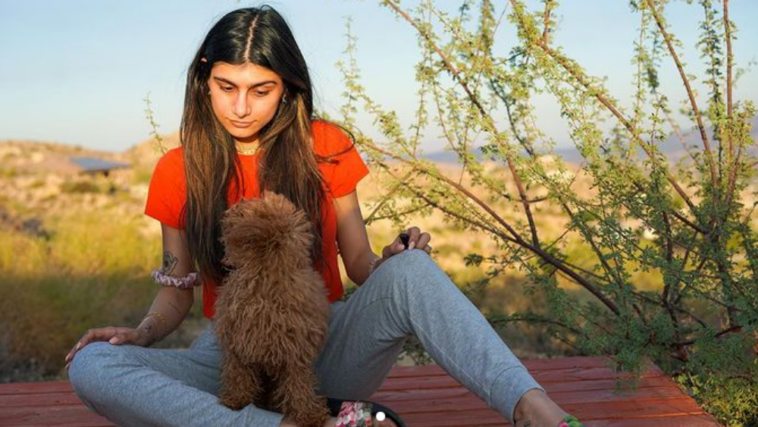 Mia Khalifa, a social media influencer and the former adult star, has become the talk of the town again. This time, however, on of her viral videos is not as shocking as expected, but disgusting. You will surely feel repulsed by this!

Everyone on the Internet was left sick to their stomachs after watching the viral video that recently emerged on social media. The Lebanese-American star formerly shocked the internet for other reasons. But the video that has surfaced and made noise on social media showcases Mia Khalifa taking out her puppy on a stroll. During the puppy’s walk outside, it decided that it could not… hold it in for another second.

In the video, you can see Mia Khalifa using her mask to pick up her dog’s poo. Yup, you read that right – a mask has more than one use apparently. However, that’s not all; after picking up her pup’s poo, and throwing it in the bin, she put the mask back on her face. And obviously, as disgusting as it sounds, the Internet couldn’t spare such behavior and made the video go viral in a jiffy.

The funny thing is, her puppy was also wearing a mask but to our disgust, Mia Khalifa decided to use her own mask to pick up its faeces. She unapologetically decided to take off her mask, scoop up the waste, and discarded it in a bin nearby.

Are you as disgusted reading this as the rest of the internet? She literally wore a poo-smeared mask and walked away as if nothing happened. Mia Khalifa has been famous on the internet for so much more and it’s not shocking to see her in the news again; but this time, for something out of the ordinary.

Watch the video below and decide for yourself how gross this is:

I just saw @miakhalifa put poop on her face.

That’s not where the story ends- The 27-year-old decided to respond on her Instagram story and said:

At least I’m not an anti-masker.

On her own social media account, Khalifa further added:

I just got back from traveling and I have to walk my dog so, safety first, everyone has to wear a mask.

Yea that was Mia Khalifa. Not only did she pick up her dog’s poop with her mask, her dog wears one too. pic.twitter.com/7NImcE0fyt

She also added that online bullies should stop shaming her for ‘following the law’.

Please don’t shame me for not littering AND wearing a mask, which is the LAW in West Hollywood.

The internet does not spare anyone but it also doesn’t wait a hot minute before coining conspiracy theories. Some people have called the video a hoax where both the parties i.e the person who shared the video and Mia Khalifa herself are looking for publicity. On the other hand, there are many that continue to believe that they have witnessed something absolutely disgusting. Netizens have the power to decide whether it is a stunt or an actual act of disgust. We are more inclined towards calling it out as an act as gross as it appears because she literally put a poo mask on her face!

Last year, Mia Khalifa made the headlines by starting a social media trend, ‘Gonna Tell My Kids’ where she trolled the Nobel peace prize winner Malala Yousafzai. At a point, she even compared herself to Yousafzai, leaving many speechless.

But in conclusion, back to the poo mask on her face, what do you think? A mere act of disgust? A hoax or a publicity stunt? What was Mia Khalifa caught doing? Share your thoughts in the comments section. 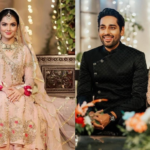 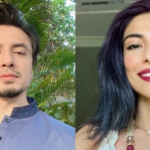