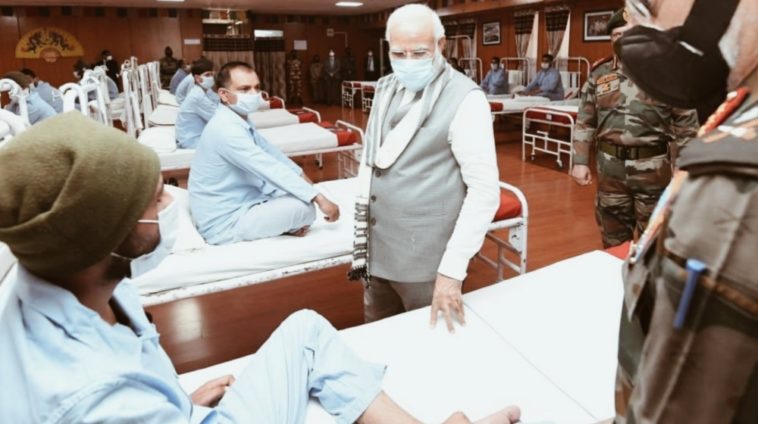 Indian Prime Minister Narendra Modi is being heavily trolled for visiting a hospital ward in Ladakh, the place where Indian and Chinese troops clashed recently. But as some eagle-eyed netizens discovered, something wasn’t right with this picture. Things seemed… too clean and filmy to be precise.

So what happened here? And why is PM Modi and his advisers being criticized? Turns out, many people noticed that a conference room was converted into a ward for the PM’s photo op with soldiers. Plus, all these soldiers looked fine and dandy, with no visible injuries on the photos which were shared with the media. Seems like someone reenacted a scene from hit Bollywood movie Munna Bhai MBBS.

PM Modi went to address the ‘injured’ soldiers at the Military Hospital in Leh. Despite the hospital’s 300 bed capacity, a conference room was converted into a ward for Modi’s address. The adjustment in the medical protocol for the PM’s visit was not well-received. Soon, people had the hashtag #MunnaBhaiMBBS trending on Twitter over the weekend.

Indian Defense Minister Gets Trolled For Trying to Be ‘Fighter Pilot’

Apparently Modi was in Ladakh to visit the soldiers injured in clashes with China in Galwan Valley on June 15th. However, the converted conference room with its projector and screen, lack of medical equipment or accessory like the I.V. stand, medicine cabinet, a dustbin, oxygen cylinder or for that matter even doctors and nurses had people in fits over another photo-op.

To paraphrase a certain 'journalist' –
Not in living memory have I ever seen a hospital ward filled with patients that had a projector & screen at the end.

Not in living memory have I seen a ward with zero medical equipment available at any angle. pic.twitter.com/dUFfOFvIB6

Never seen a hospital with teakwood panels as walls. https://t.co/dmK8j70E3x

This photo opp is fascinating. Not one Indian soldier seems to have external injuries needing any bandages…they are all able to sit straight up (no internal injuries?), the pristine hospital ward with beds that look un-slept on…zero medical equipment. What is going on here? https://t.co/QMANMLBKWz

This brings to question, were the patients even real?

Some renegade officers were caught & cashiered for using ketchup to fake battles in order to claim medals.

The rot begins at the top. https://t.co/YHHeTYgqgM

No medicine table -No doctor -No bandage -No sleeping patient -No Drip -No Oxygen Cylinder -No Vetiletters Seems like another scene of #MunnaBhaiMBBS
Shame India pic.twitter.com/tGZdDnqYWP

There was some real creative trolling too.

After seeing his today's acting Indian Directors are contacting him to act in #MunnaBhaiMBBS 2 pic.twitter.com/i1mWtCCjJO

Modi's visit to Ladakh is as real as his Degree certificate. #MunnaBhaiMBBS pic.twitter.com/ONYknRKUeJ

Some people had theories.

Its safe to say that PM Modi fell hard trying to pull this PR stunt.

Well at least his audition for a role in Munna Bhai MBBS has worked out.

This wouldn’t be the first time Twitter trolled Modi for his photo-ops. Remember when they rolled out the red carpet for his visit to Kedarnath? Good times. 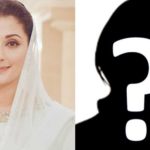 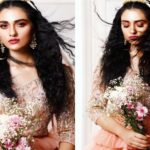