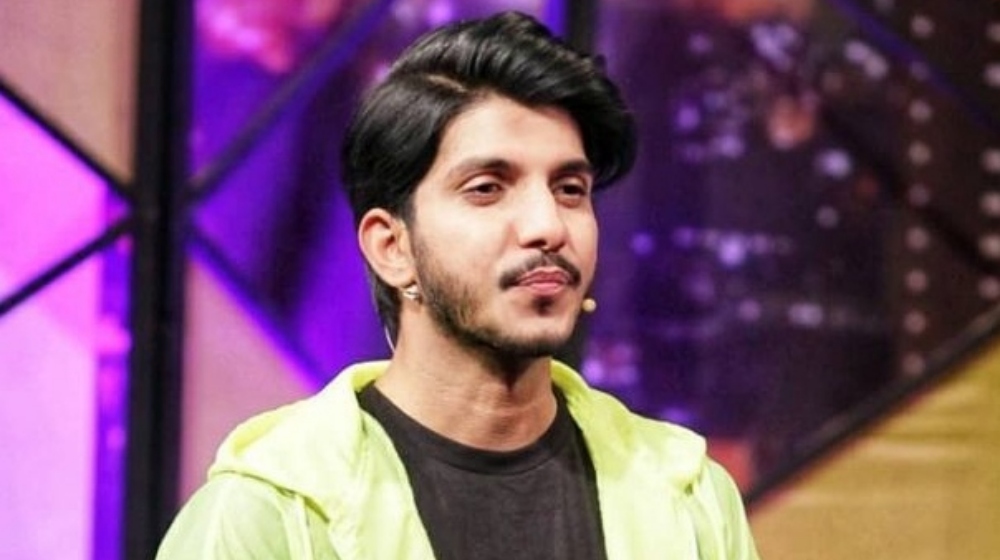 After Aijaz Aslam looks like Mohsin Haider Abbas also has a lot to say about ‘arrogant celebs’. The Dewar-e-Shab actor posted an unusual rant about the arrogant behavior of popular actors, directors, and celebrities.

He penned a very detailed note of his grievances. In the long note, he called out some of his costars who, despite following him, never have liked his posts and tweets related to his projects. Apparently, that is the ‘arrogant behavior’ he has reservations about.

“When we post something on social media about our success, failure, happiness, sadness or work, it means that we need to share it with friends and want their feedback, even if it is just a single like, it gives feeling of joy, I prefer to share my work with my friends and fans and their reactions give me strength.” 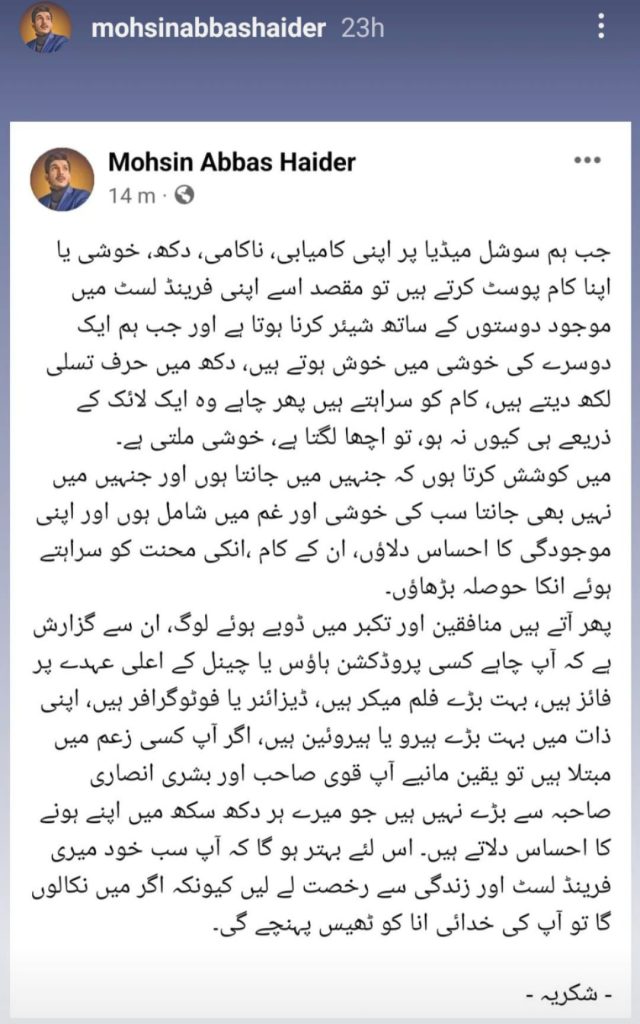 He even called out his ‘friends’ in the biz that don’t engage with his posts on social media.

“And then come the people who claim to be your friend but never appreciate you, You might be very big celebrities and powerful directors but you won’t be bigger than Bushra Ansari and Qawi Khan who always render their support to me, I would urge all those friends to unfollow me, if I would do that, it will hurt your ego.”

ALSO READ
Are Mohsin Abbas Haider and Nazish Jahangir Hinting at a Feud?

Currently, the singer-cum-actor is set to be seen in a short film Mein Shahrukh Khan Hoon. The short film generated quite a bit of buzz on social media. 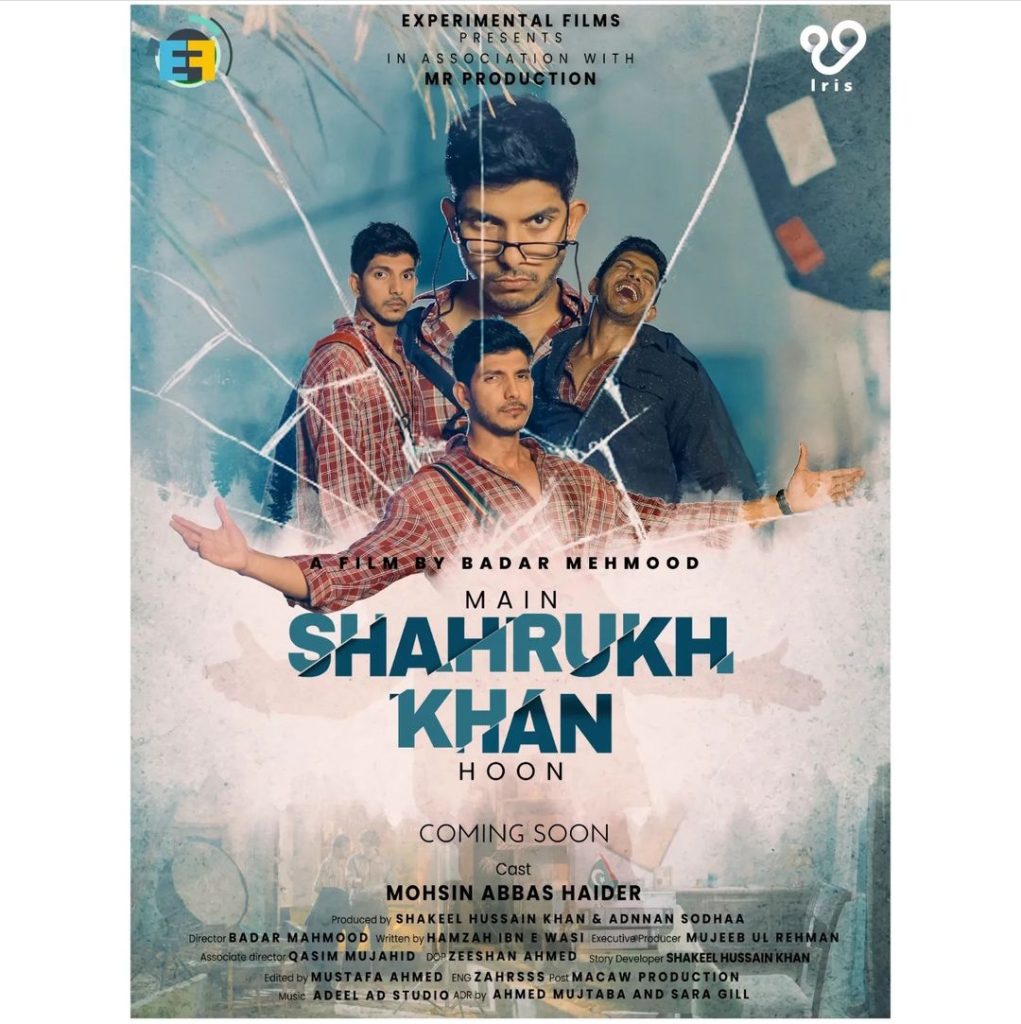 On the other hand, a teaser of his upcoming music video for the single Terian Loraan is all set for release too. The music video is said to offer representation to the transgender community. The song is titled Reema. 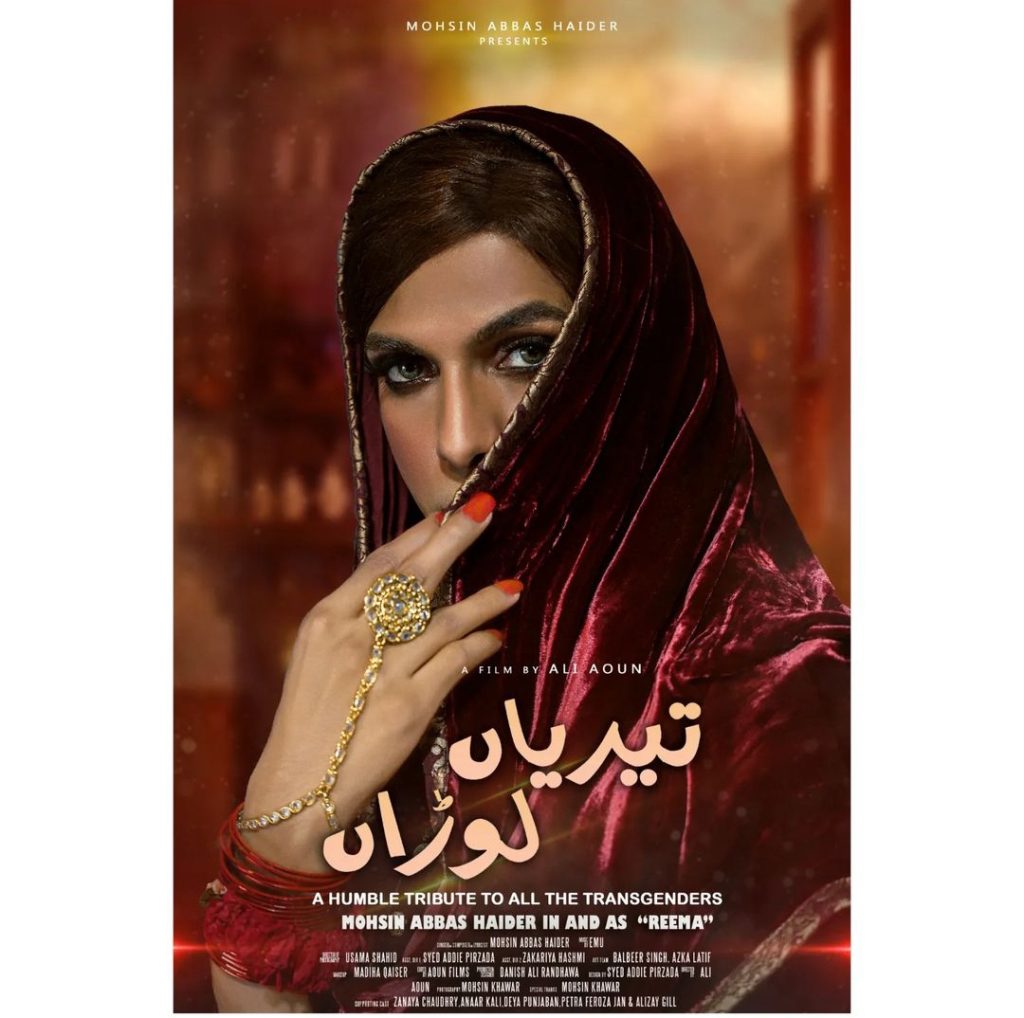