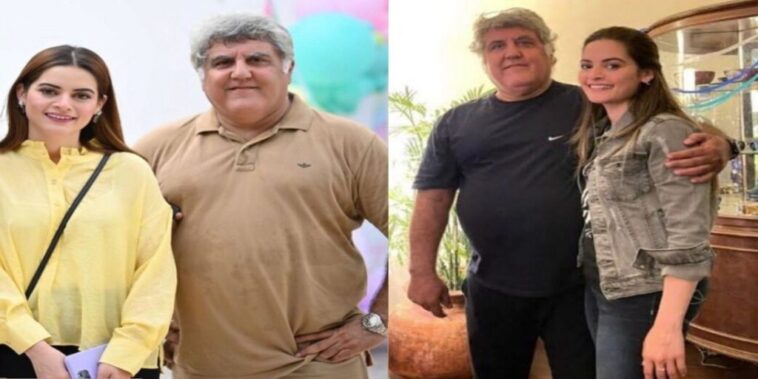 As Minal Khan and Ahsan Mohsin Ikram’s families continue to share moments from the wedding, trolls came after them. Mohsin Ikram, Minal Khan’s father-in-law was having none of it.

When a troll suggested Minal Khan’s family is after his money he clapped back at the troll. This negativity emerged in a video he shared from his son’s ‘joota chupai’.

This wedding custom is nothing new and we’ve all indulged in this at family weddings. Handing the kids money is supposed to be a fun bonding moment between the two families.

However, one troll spoiled the mood by saying this was Minal Khan’s family going after Ahsan Mohsin Ikram’s father’s money.

The Jalan star’s father-in-law slammed a Netizen for a mean remark in context to his social media posts. 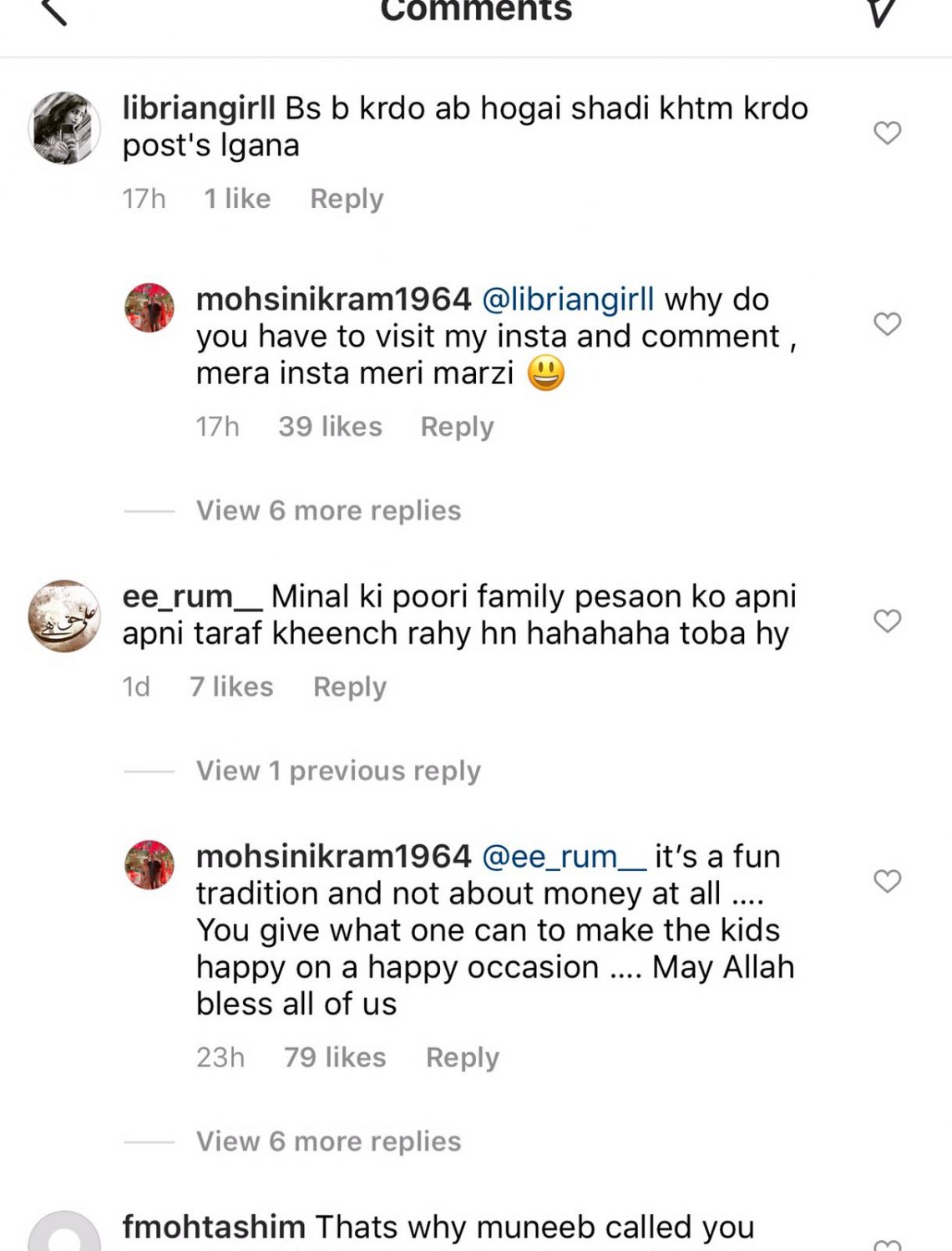 This isn’t the first time the Hassad star’s in laws have been wrapped up in rumors. Previously, a few trolls accused him of drinking and being a ‘drunkard’. Mohsin Ikram responded to those rumors with poise. 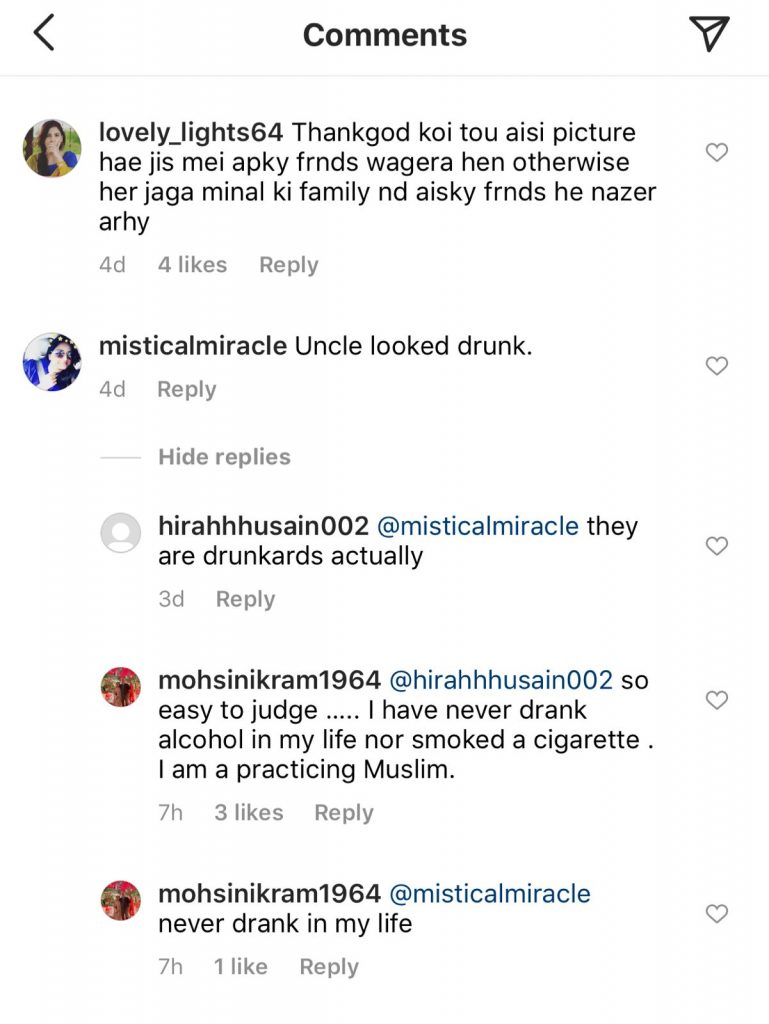 Rumor mongering is never okay. How do you think Mohsin Ikram handled the situation? Do you support how he reacted with poise or should he have clapped back harder? Let us know what you think in the comments below.
Advertisement 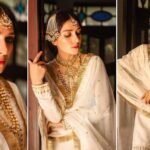 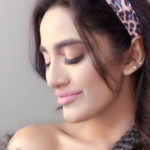