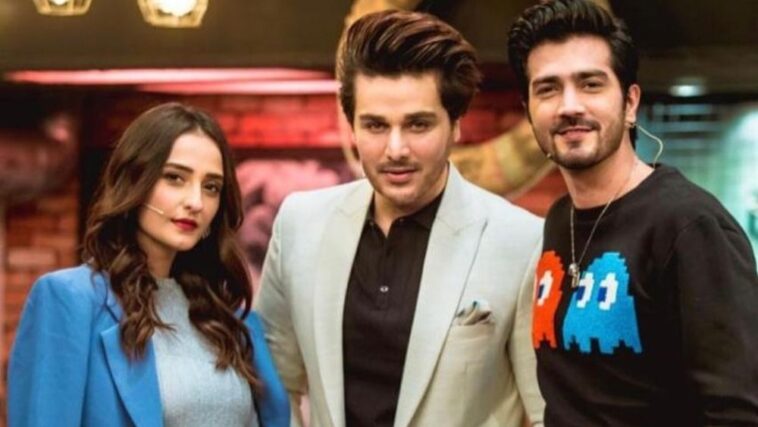 Pakistani actress and producer Momal Sheikh recently appeared for an interview with Ahsan Khan. On the Time Out with Ahsan Khan show, the 34-year-old was asked to share her opinion regarding the Sadaf and Shahroz controversy. Here’s what happened next.

Momal Sheikh has been in the entertainment industry since 2008. She made her debut as an actress with the role of Jalebi in the Geo Entertainment show Yeh Zindagi Hai. Since then, we have seen the actress in countless television shows and some movies.

Her most recent performance was in the drama serial Mushq as Mehek. Besides her career as an actress, she is also a popular Insta-model. On her official account, the star has garnered over 2.5 million followers. Through her social media presence, Momal Sheikh continues to impress fans and followers.

Recently, she appeared on Time Out with Ahsan Khan alongside her brother Shahzad Sheikh. On the show, the siblings played games and shared details of their private and personal lives. In addition to this, the actress was also asked about the Shahroz and Syra controversy. To this she said:

How Shahroz and Syra handled the situation was the best thing and that’s the way it should be. Secondly, people talk- they did in the past and they will continue to talk.

Ahsan then asked the actress to share her stance about the whole situation. Momal said:

My personal stance was that they are two individual mature people who can make their own decisions. And both Shahroz and Syra are beautiful people with beautiful hearts.

And Sadaf, oh my God, her her is also pure. She is extremely beautiful.

She also added that Sadaf Kanwal has a good heart and God stays by people like her. Concluding the conversation, she said that intentions matter. Take a look at the video here:

Do you agree with what Momal Sheikh has said in this interview with Ahsan Khan? Share your views in the comments section.

Does Esra Bilgiç Have a Daughter? [Pictures] 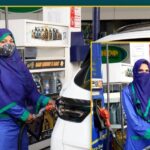 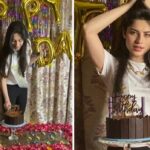