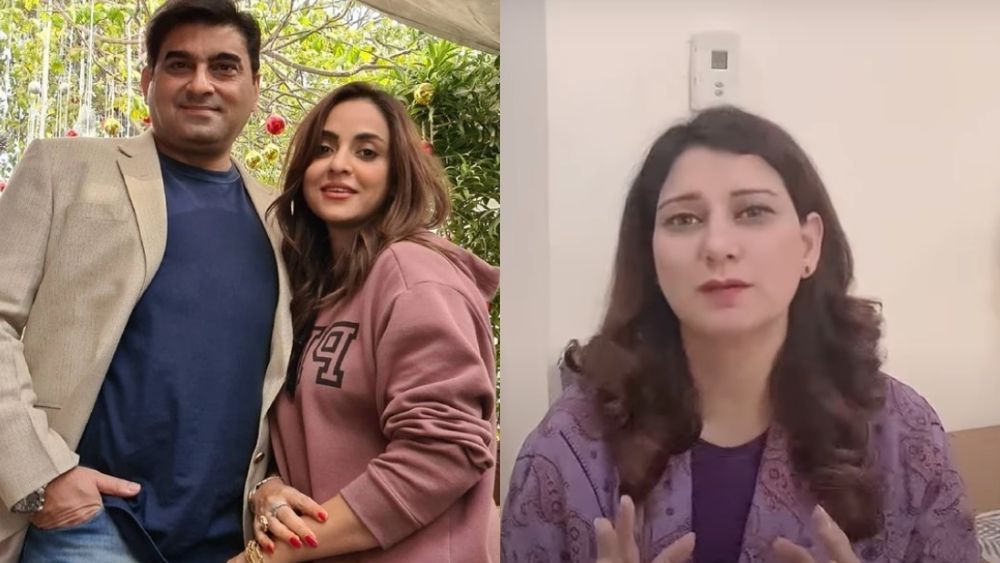 Nadia Khan and her husband Faisal Mumtaz Rao are recently receiving a lot of the public’s attention. Rao is Nadia’s second husband, and as it turns out, Nadia is his third wife. Recently, the couple was in the limelight. Rao’s second wife, Lubna Farooq, has put disastrous allegations against him. And now, she’s back with yet another controversial video.

Nadia Khan and her now-husband Faisal Mumtaz Rao tied the knot about a month ago. Not much was known about her beau- except that he’s a retired PAF officer and fighter pilot.

In a YouTube video last week, Rao’s ex-wife threw massive shade at him. She explained how Rao affected her mental health. In addition to this, she also accused him of being a cheater and a liar.

Faisal is a cheater and he mentally tortured me and his first wife, I don’t want people to idealize him.

The marriage didn’t end up well due to Faisal’s extra-martial affair with Nadia Khan.

She also explained how she met Rao and he proposed to her for marriage immediately- much like his relationship with Nadia Khan.

I met Faisal Sahab after three years of my separation and the way he instantly proposed Nadia Khan, he did the same with me. He proposed to me and had me meet his mother and I was fully impressed with him. Just when I was at the prime of my career in Bahrain, working with the Royal family, Rao entered into my life.

Lubna Farooq also wondered how Rao can make the decision of marrying someone so quickly. This video is now making rounds on social media and has shocked the entire nation. Let’s take a look:

Lubna Farooq has once again posted a video on her YouTube channel. This time she did it to clarify some of the misunderstandings and questions of the public. Explaining her side of things, she explained why she decided to speak up.

Lubna revealed that Rao ended his marriage with her because of ‘black magic’. Blaming his first wife for it, he said he can’t stay with Lubna any longer.

He (Rao) didn’t divorce telling that he had to get married a third time.

She also explained that people had misinterpreted Rao’s personality, and she wanted everyone to know the facts.

A man (Rao) was misleading and many people were seeing him as an icon.

According to the second wife, her videos are not to tarnish the couple’s reputation or even marriage, for that matter. She believes her videos will ‘help Nadia Khan’.

It will benefit his (Rao’s) present wife (Nadia Khan) the most.

Firstly, he (Rao) will obey Nadia Khan his entire life now. Secondly, two of his wives have warned Nadia now so she will be careful now

‘My Husband is the Victim,’ says Nadia Khan After Accusations of Ex-Wife Surface [Video]