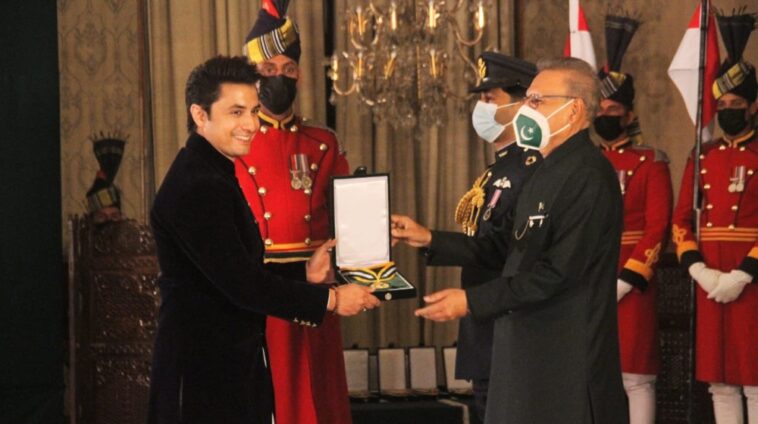 On Pakistan Resolution Day, the President of Pakistan, Dr. Arif Alvi conferred civil awards on 88 Pakistani and foreign nationals in recognition of their services. One of the recipients is Ali Zafar and Netizens have a lot to say about this.

88 people were handed various civil accolades for their major contributions in different fields. The award ceremony took place at Aiwan-i-Sadr.

I bow down my head in humility for this honour. Thank you for your prayers, support and well wishes. I pledge to do as much as I can for the arts, the artists, my country and the people. #prideofperformance 🏅 pic.twitter.com/NWTM0evufQ

Ali Zafar was the recipient of the President’s ‘Pride of Performance’ award. Given all the controversy surrounding his legal battle with Meesha Shafi over her sexual harassment allegations and his subsequent defamation lawsuit against the songstress, Netizens had a lot to say.

People questioned why the singer is being handed civil accolades amid a scandal.

If the survivors were women from your families @ArifAlvi @ImranKhanPTI, would you still be this insensitive?

Well if she s talking about Ali Zafar, then I , for the first time ever will have to agree with her.

Thinking about when "channo" came out and a few covers with coke studio everyone despised Ali Zafar. Now that the world knows he is a shithead pervert, he gets awards, suddenly he is everyone's fav. Pakistan hates women without ifs and buts.

This is very sad…
Ali zafar was a Youthia , for that reason he was awarded award…

Who is she referring to? Who is that someone who's in showbiz and married into powerful lawyer family??

The public talked about what the government could have done better.

They could have waited till the verdict was out #AliZafar #prideofperformance

So they decided to award Ali Zafar with pride of performance? More than achievement, I think its a sympathy award. The way our society sympathies with sexual harassers is by providing them with the best they could. Pakistan, trying to make him proud of himself, & thats fucked up.

The only conclusion to this is- they like perpetuating this behavior perhaps because it’s familiar to them and they see nothing wrong with it. Imagine, we are that county. Who awards alleged predators and try’s to silence the victims. So shameful

#AliZafar has been accused of harassment & predatory behaviour by multiple women. Two of those women have filed separate cases against him which are ongoing.. https://t.co/E41nIOcQmv

Then there was the backlash.

Pakistani men called Ali Zafar "khusra" until they found out he is a harasser. Now he's their hero.

PS Its a derogatory term they use for the trans community.

Ali Zafar is an alleged sexual harasser till date and you are giving him such a noble award. disgusting!!

One and only serial harraser Mr Ali Zafar. How can such lecherous characters be awarded at the Presidency. Koye Haya hoti hay Koi Sharam hoti hay

She is absolutely right. It’s a bitter reality to see alleged harasser being awarded. The outrage is never respectful. Ali Zafar being well linked person gets favours even when exposed. https://t.co/qoeIALNEgJ

Ali Zafar and His Awards

How many awards and accolades has the Channo singer accumulated since the Meesha Safi scandal? Ali received the accolade of ‘Artist of Peace’ from Pakistan International Film Festival (PIFF) in 2018.

The Teefa in Trouble actor won the award for Lux Style Award in the category Best Film Actor’ – Viewers’ Choice in 2019.  He was also nominated as Best Actor – Critics’ Choice.

That same year he was honored as ‘Music Icon of the Generation’ at the Shaan-e-Pakistan Achievement in Music Awards 2019.

Aside from that other landmark achievements include, making the lists of vocalists for Pakistan Super League anthems Seeti Bajay Gi (2017), and Dil Se Jaan Laga De (2018). Other songs on the PSL soundtrack include Ab Khel Jamay Ga (2017).

In 2020, he released an ‘unofficial cricket anthem‘ Meela Loot Liya. The actor-cum-singer was designated the government’s brand ambassador for Namal Knowledge City that year.

Do you agree with what these Netizens have to say about Ali Zafar? Let us know in the comments below. 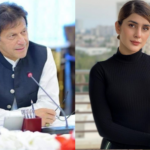 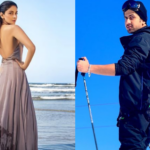