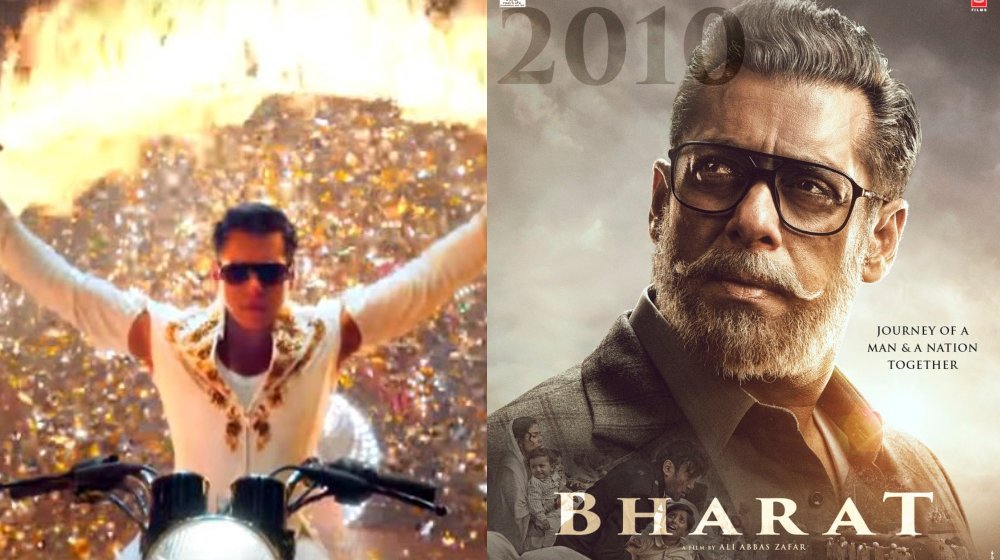 Bollywood icon Salman Khan’s new Bharat poster has raised many eyebrows. We’re left with even more questions about his character in the film.

The Dabangg star is sharing nuances and sides of his character through a series of teases from the teaser trailer to this recent poster.

While we’re still wrapping our heads around how many avatars Salman will have in Bharat (still don’t have a number) the characters keep getting trickier.

As soon as the new poster was released, Salman Khan’s fans came swarming with theories.

While film fanatics are loving the allure, anticipation builds for audiences.

The film’s plot reportedly revolves around India-Pakistan partition. The story then covers the journey of Salman Khan’s character over six decades.

We know it’s a patriotic film. We also know that its a classic Salman rom-com.

The poster includes visuals for other key characters. A worn out Jackie Shroff is struggling to save a child. While a woman in white is holding her children. The woman in the poster is actress Sonali Kulkarni who plays a significant role in the film.

The faded backdrop is that of a crowded train station as pandemonium erupts.

Besides Salman Khan in the titular role, Bharat cast Sonali Kulkarni, Tiger Shroff, Disha Patani, Sunil Grover, and Tabu in key roles. The movie is said to be based on Korean war drama An Ode To My Father.

Salman’s brother-in-law Atul Agnihotri bough the rights to the Korean masterpiece for the Bollywood reboot.