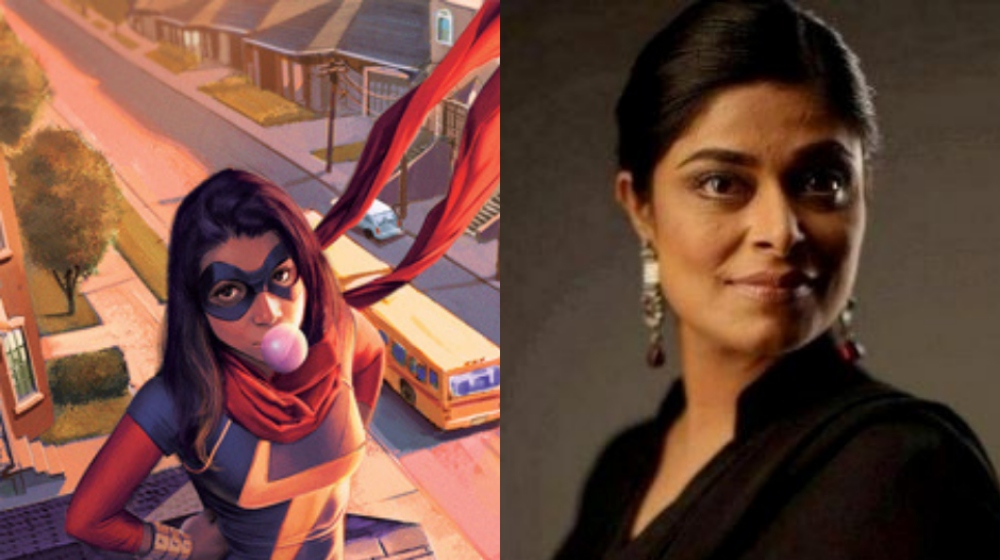 Nimra Bucha has been pretty hush hush about her role in the Disney Plus series Ms. Marvel. However, now the Pakistani actress is opening up a bit about her role.

Even when word of her role in the much-anticipated live-action adaptation of the comic book series got out, she remained mum. Now the Churails actress revealed, in an interview, that she’s playing a character named ‘Najma’ and will stay ‘very close’ to the series protagonist.

“I can’t tell you much about my role because it reveals itself so interestingly and talking about it might serve as a spoiler for a lot of people, … But I can tell you this, it has become my standard response by now, that I’ll play the role of Najma in Ms Marvel. She’s always near Ms Marvel, now the question is, how does a person become so close?.”

However, the artiste didn’t deny that she is potentially the antagonist either.

“Not everyone is a villain completely. Some people appear to be villains but they have big hearts and some people look good on the outside but they are cold-hearted.”

Despite theories surrounding the role of Nimra Bucha in the Ms. Marvel series. We don’t really know yet. From speculation that she might be the villain or even the immortal Aisha, Kamala’s great-grandmother.

She did dish out some deets saying that everything on the show has a meaning. Given that context, Najma means star. So what do we gather from that?

“Everything has a meaning, nothing is without a purpose, … Najma means ‘star’.”

Surprisingly, despite auditioning for the web series, Nimra Bucha is not a comic geek and didn’t know what Ms. Marvel is about.

“I had no idea about what Ms Marvel would be about, even when I auditioned, I auditioned for a different role and got roped in for this. And they don’t tell you much either….. I had no idea how ‘cool’ the Marvel Universe was until I told my son about it. Then I got to know this is a ‘thing’. I mean, I’m a middle-aged woman, how could I have known?”