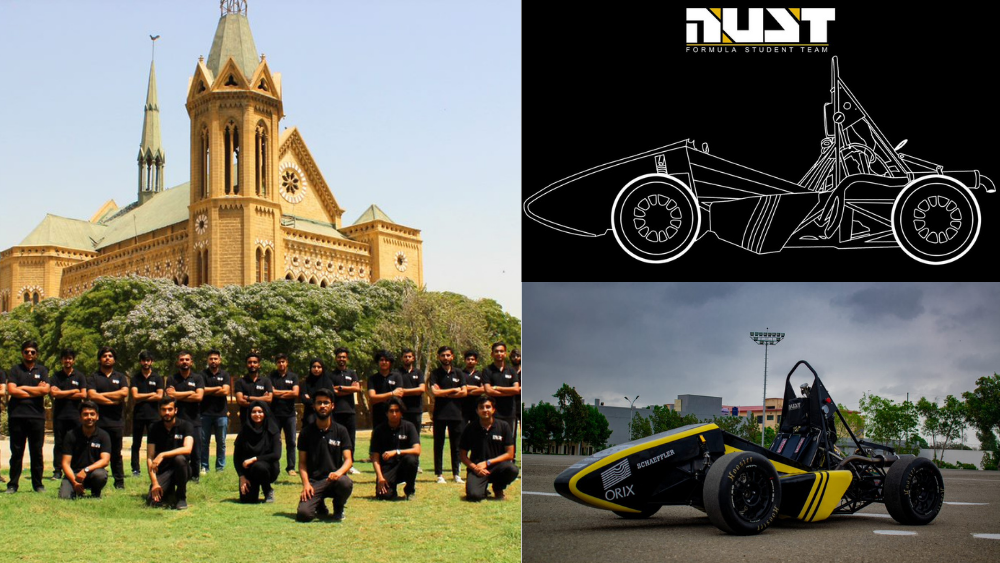 Formula Student (FS) is the breeding ground for the next generation of outstanding engineers, an annual competition held in multiple countries, organized by the Institution of Mechanical Engineers (IMechE). The teams take part in the challenge to conceive, design, and fabricate a student version of a formula-style race car according to the standards of the competition rules. They also then draft a cost and business model for their vehicle.

NUST Formula Student Team was inaugurated in 2012 by a small but zealous team of like minded students with a vision to build the best student version of the F1 car, build the best team, and thus build a better future for the youth of our country. Since then, the team has bagged several awards at the international stage of FS, including the Most Effective Communication Strategy Award at Silverstone UK in 2014. NFST also secured 1st position in the Asian Regional Rankings in 2019. Just  last year, the team achieved an overall 7th position in the FSUK Virtual 2020. 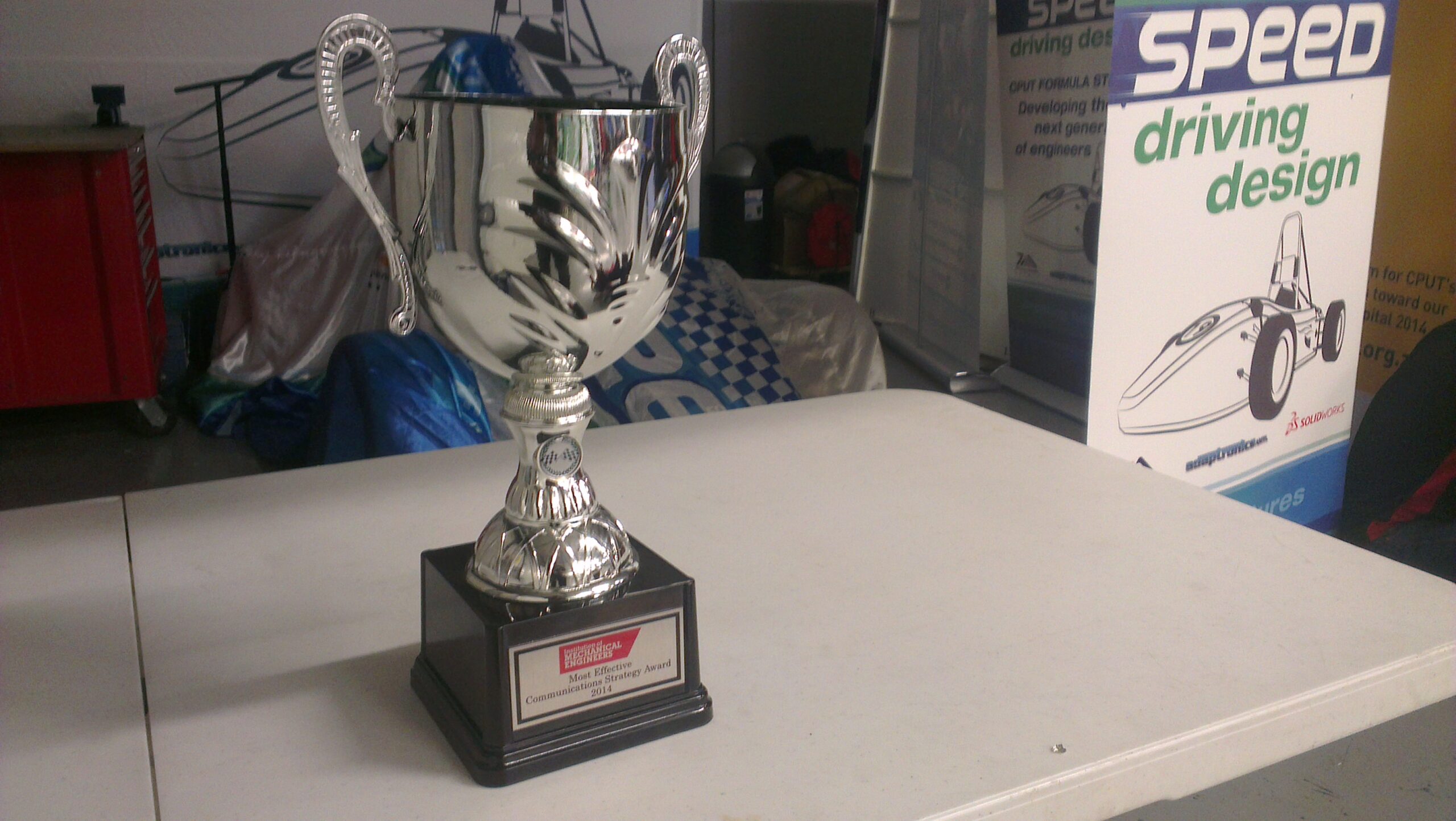 Once again, NFST, representing Pakistan and the National University of Sciences and Technology (NUST), proved itself to be a serious contender this year at the widely competitive Formula Student UK 2021. NFST achieved a remarkable 15th overall position amongst 65 international university teams, 3rd position in the Design Event, and 8th position in the Cost and Manufacturing Event. They have been consistent, diligent, and resilient despite facing obstacles at every turn this past year. 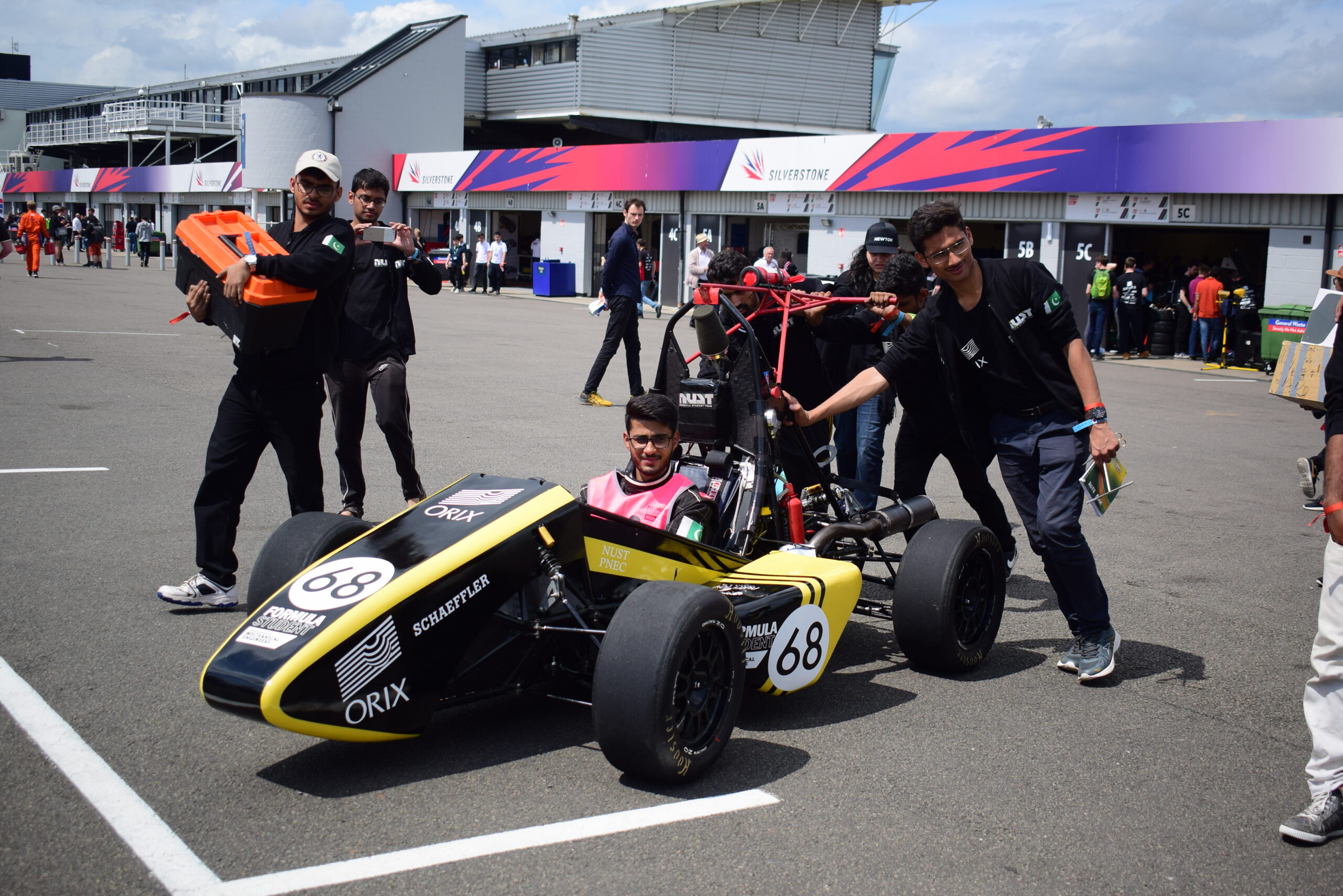 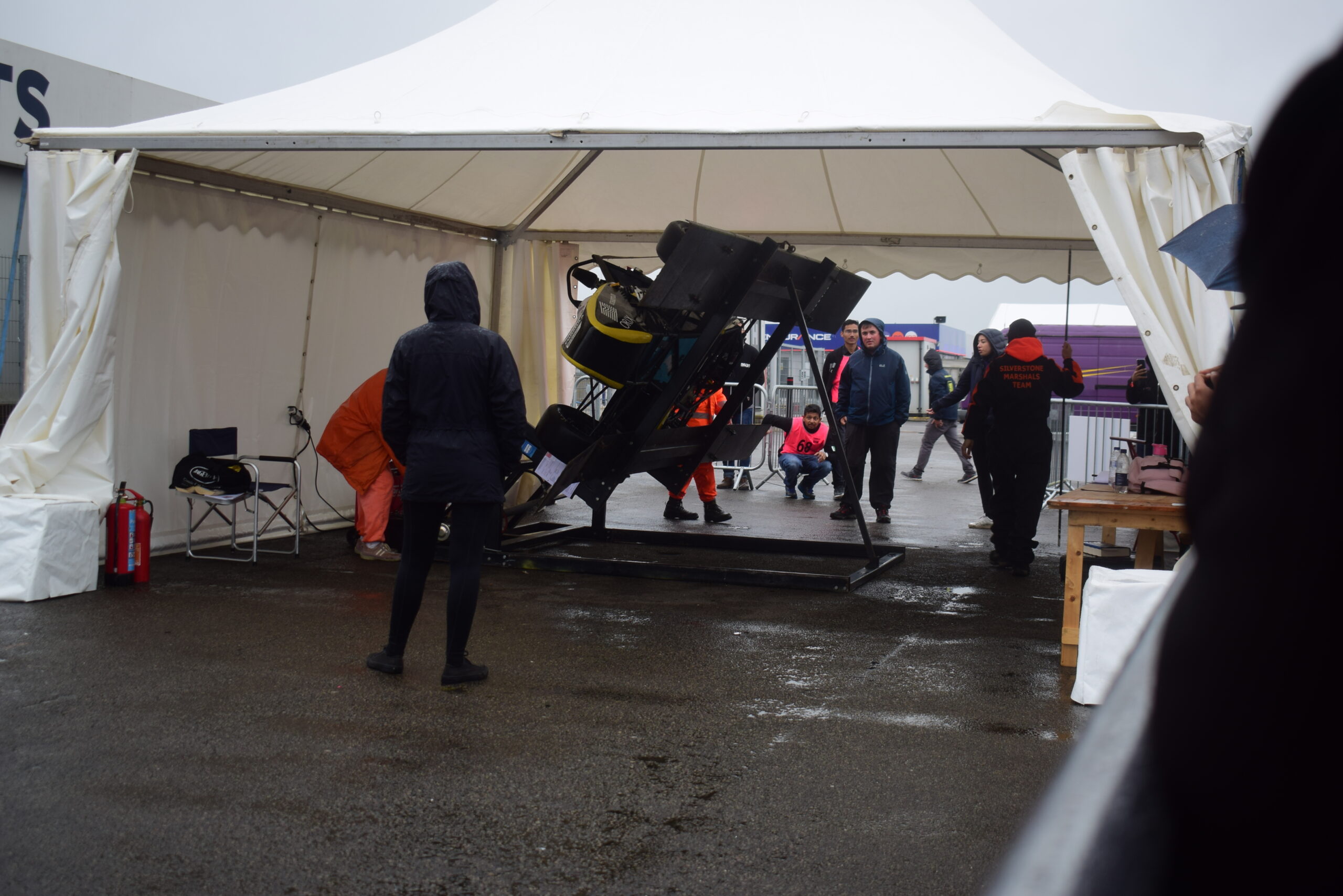 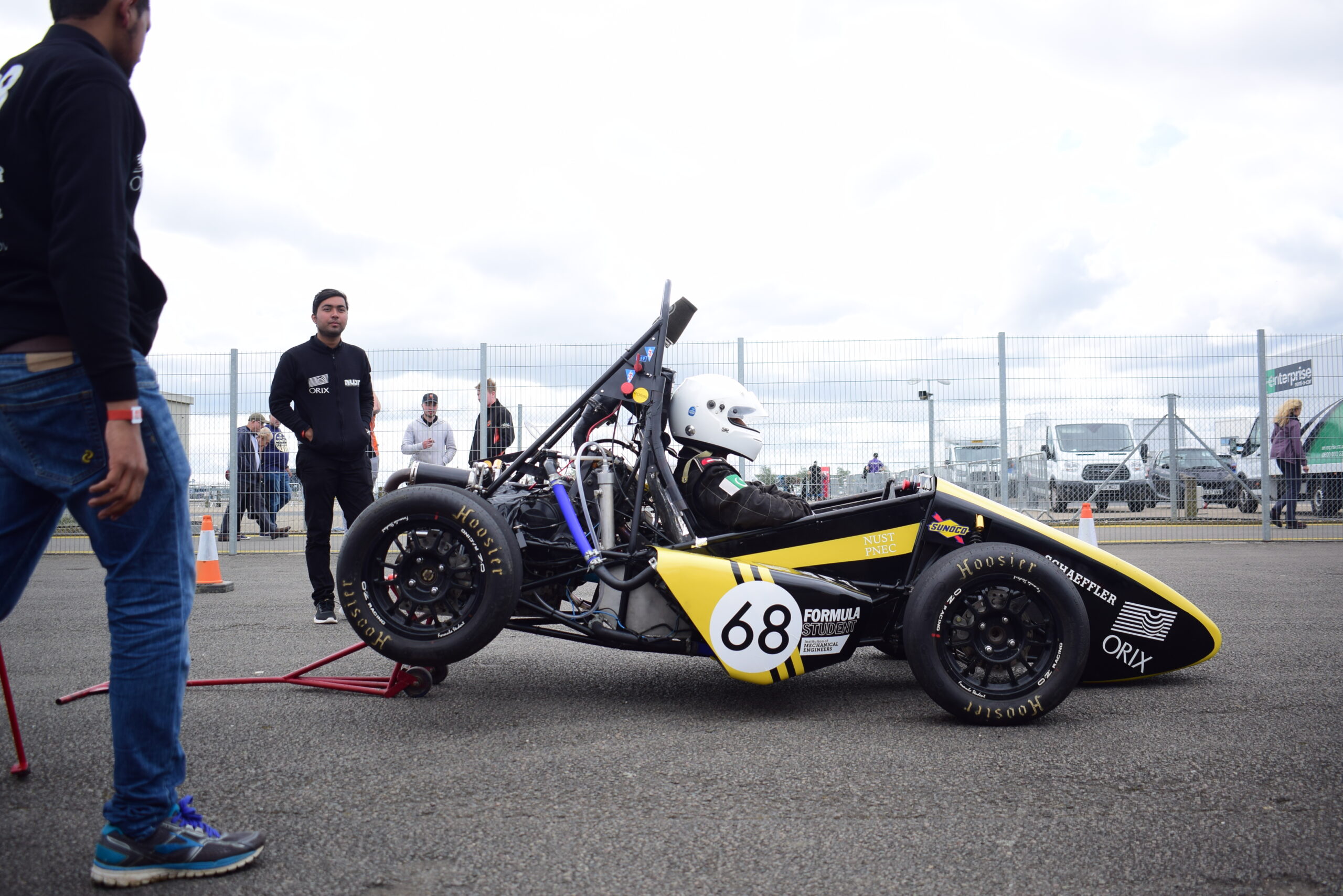 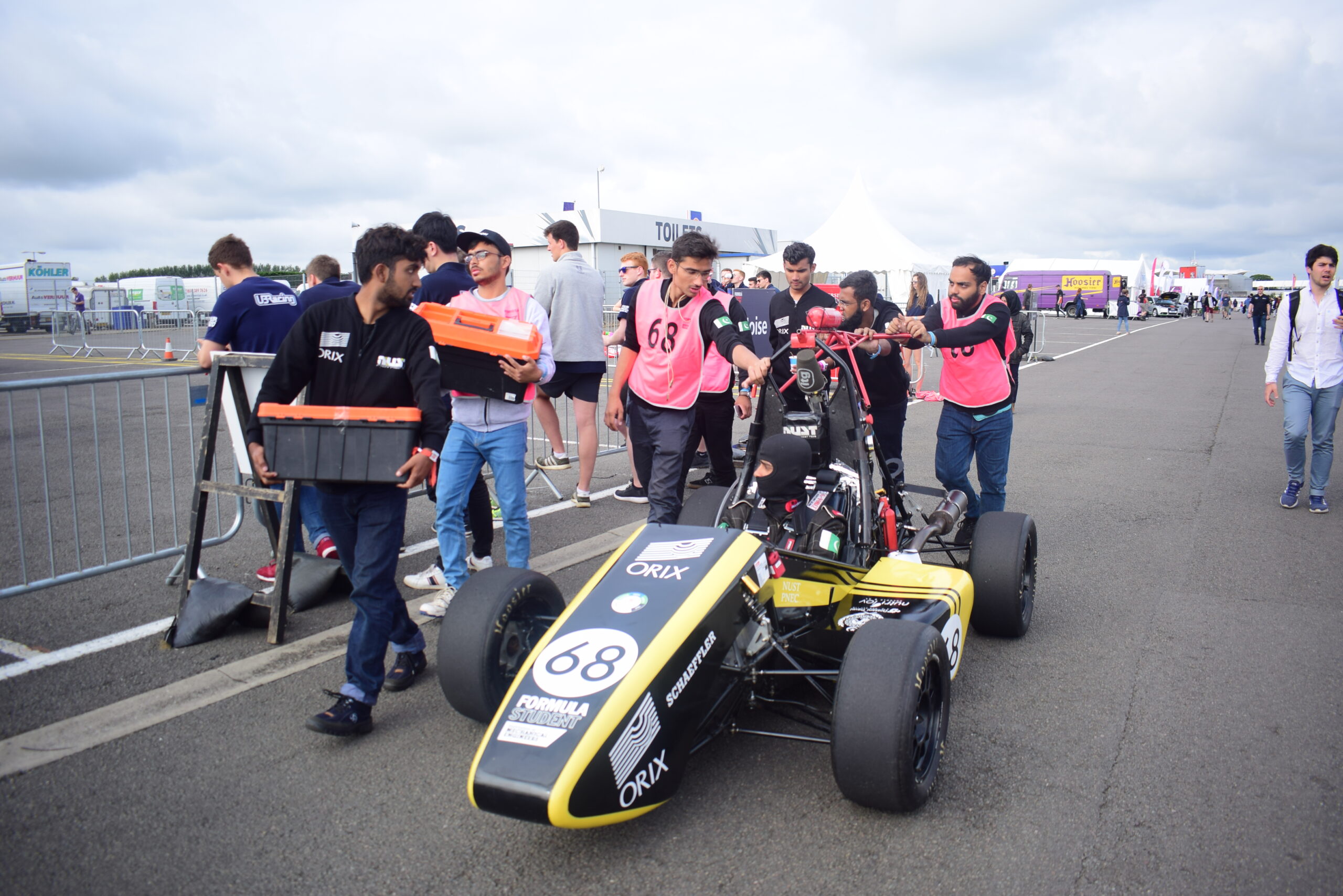 The pandemic seemingly closed all avenues of the team, but they would not back down. They kept working against the tide of unfortunate circumstances till the team finally got to where it is standing now.

As the team transitions to a new season, the members progress with the vision to create a better future. NUST Formula Student Team has recognized the need for an established, functional infrastructure within Pakistan for the automobile industry. To address this issue, they have extended a hand of friendship to existing FS teams in Pakistan to come together and foster bonds for the first-ever FS Community in this country. Every team within this community will receive, and in turn give, whatever support is needed to maintain a sustainable ecosystem for future teams. Thus, these efforts would help in the transition of Pakistan towards a more knowledge-based economy. 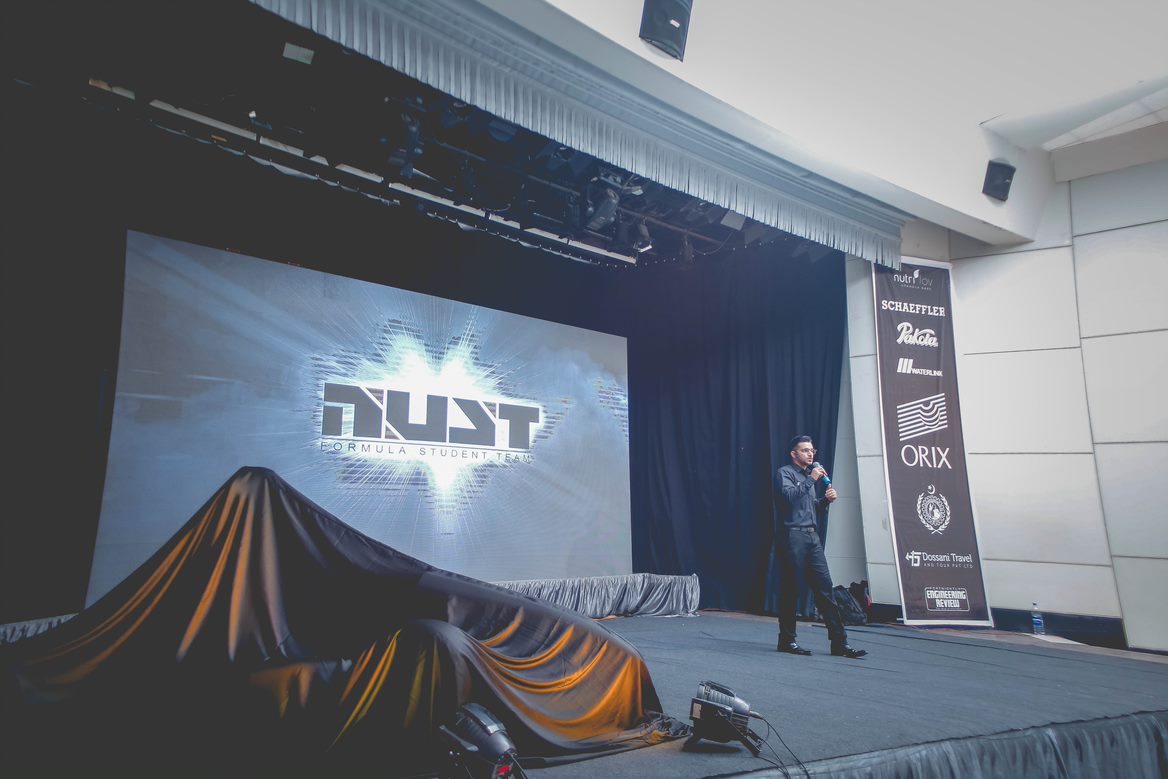 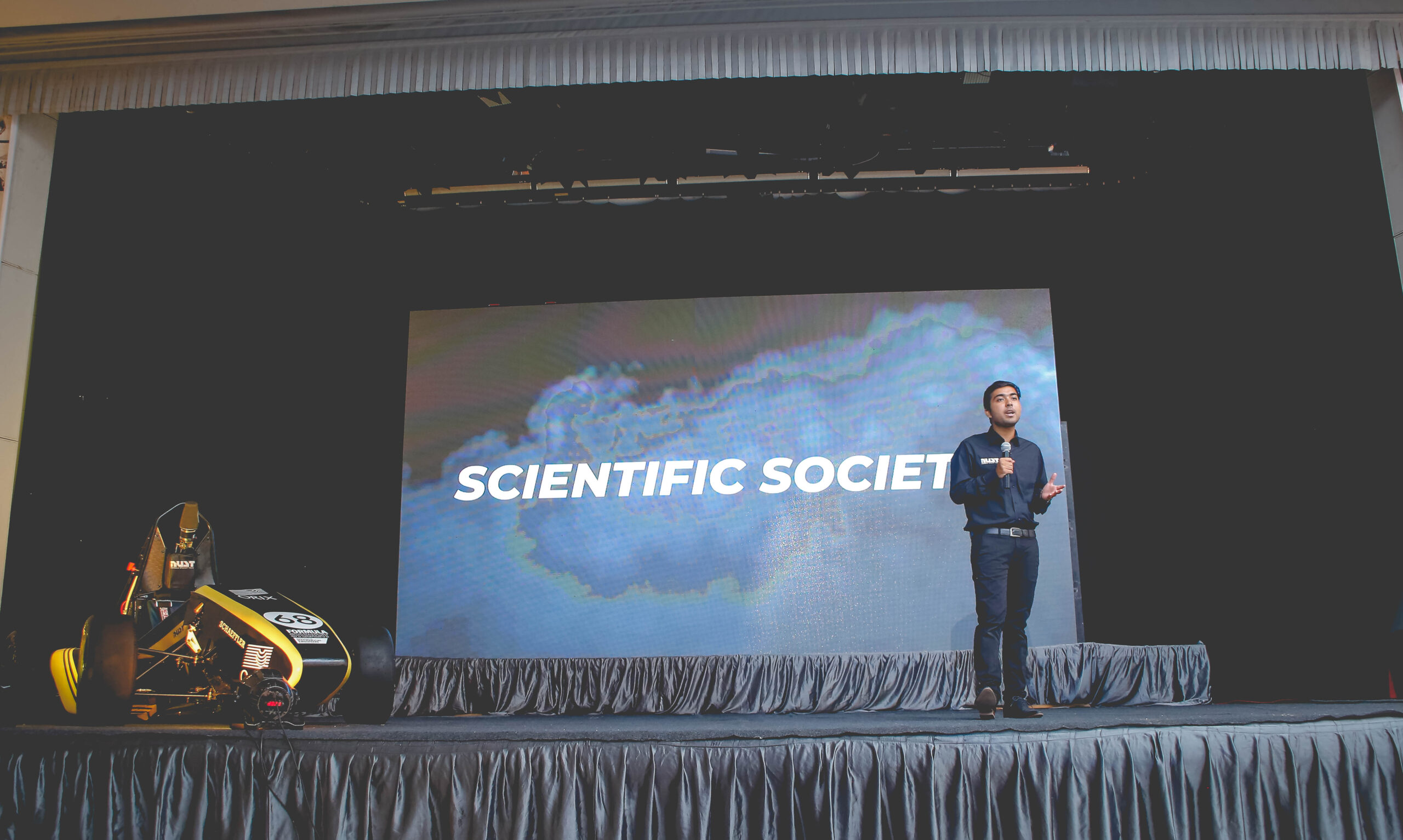 Furthermore, the team plans and aims to establish a driver-less car and participate in the FS Driver-less Vehicle (DV) category in the near future, possibly in 2022/23. Their goal is to delve deeper into the research department and train their members accordingly for outstanding performance in the DV class. The team has laid the foundations for a small-scale functional model with all the driver-less features and will soon be ready to follow up with a full-sized FS driver-less vehicle.

NFST never loses sight of the end goal to create a better future for all the Pakistani youth. Their best is yet to come, with exciting projects up their sleeves, hopeful that the nation continues to support them in all their endeavors. The NUST Formula Student Team will continue to represent Pakistan and make the country proud at all future competitions.