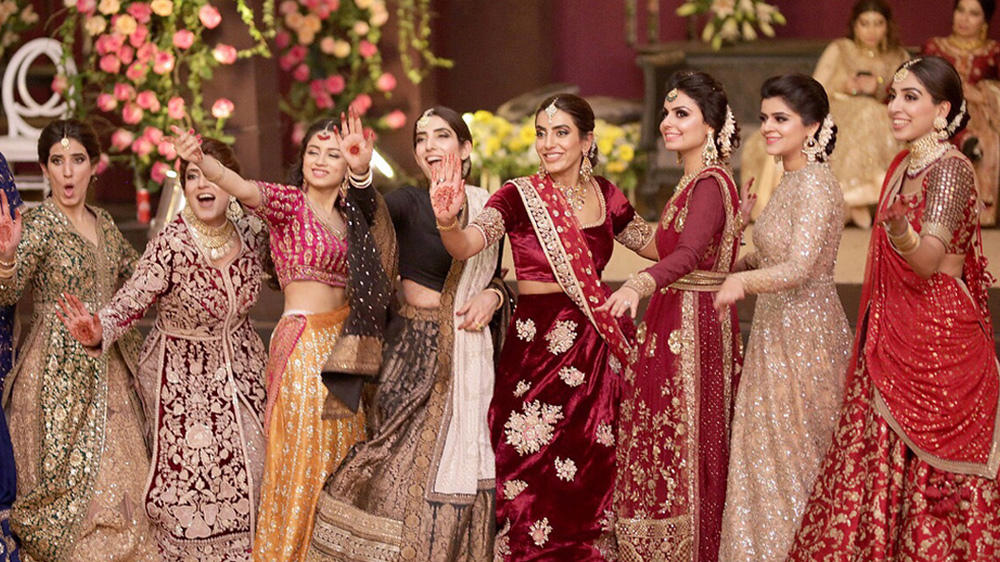 It is mid-winter and the wedding season is still going strong in Pakistan.

For a lot of couples, weddings are a big affair. But for some young people in Pakistan, they’re larger than life itself, with a price tag to match.

From glitzy gowns that cost thousands of dollars to crowded dance floors with smoke machines and disco balls, these flamboyant gatherings can have a guest list that tops well over a thousand people.

Frieha Altaf, a noted fashion guru and celebrity wedding planner, says that in her experience, most Pakistani weddings have now moved from just mere extravagance to upstaging the other side.

She mentioned that in particular the girl’s side want to make a lasting impression as that’s their way of saying ‘hey, you better look out for my kid’.

Pakistani Weddings are More Than a Family Affair

No wedding in Pakistan is ever less than 500 guests. These are for the modest ceremonies. Grand celebrations can easily surpass 1500 guests.

Frieha said that while parents just push for grandeur, when it comes to arrangements though the kids get what they want.

Besides the everlasting #AineebKiShadi, comedian Faiza Saleem’s wedding got quite the hype. The comedian mentioned that her mother wanted a bigger celebration than she did.

This poses an interesting question. How much is the bridal industry worth in Pakistan? Bridal designer Annus Abrar gave a rough estimate of USD $200 million. The shocker? That’s just for routine middle-class weddings.

In the end, weddings should be about whatever makes you happy. Whether you want a low key wedding with just family like what Bismah Maroof and Zoe Vicaji did, or something grand and outrageous like Aimen and Muneeb’s, weddings in Pakistan just won’t be the same again.