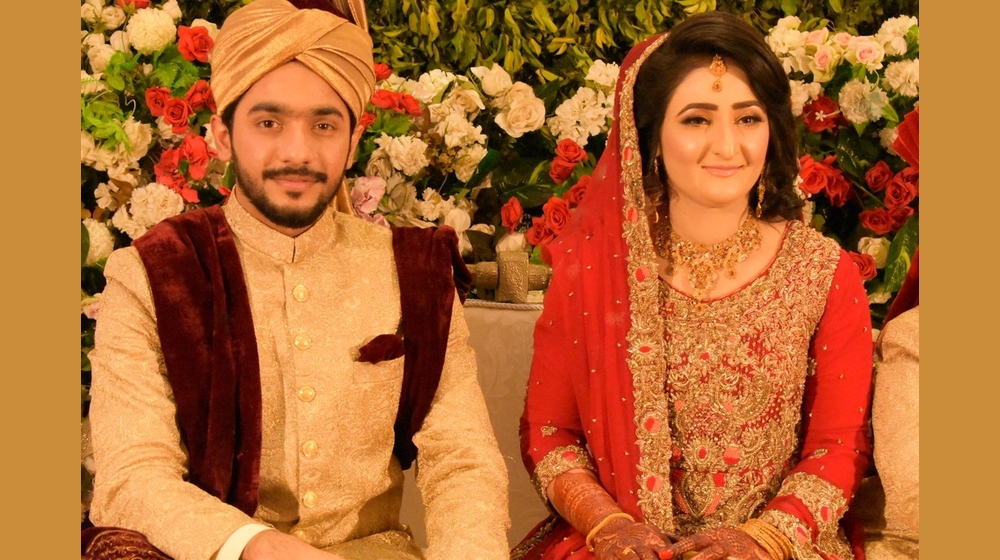 It’s wedding season and another one got hitched. Pakistani cricketer Bismah Maroof tied the knot with her cousin.

Bismah may be the sportsperson of the two, but her cousin Abrar Ahmed was the one that scored this time round.

The two were wedded in a traditional Pakistani ceremony in Lahore, which is also Bismah’s hometown, in the presence of family and friends.

We know that Abrar Ahmed is married to the second highest scorer in One Day International cricket (for women). But what do we know about Bismah Maroof’s other half besides the fact that they’re cousins? Turns out that Abrar Ahmed is a software engineer. This match may appear to be one where sporty meets smart.

We may have missed the action but at least we’ve got pictures.

The wedding was filled with other amazing women as well. However, none managed to steal the spotlight from Pakistan’s left-handed batswoman and Captain.

Many Congratulations to the prettiest BRIDE @maroof_bismah
May you have a happy life ahead ❤#BismahWedding MashALLAH. pic.twitter.com/nwxFnmg198

The Pakistani women’s team Captain’s Dholak was held yesterday. The whole thing was pretty close-knit and low key, and not very public.

Thanks to the Pakistani cricket team and other attendees we can all tune into the new innings of Bismah’s life on social media.

Bismah Maroof and Abrar Ahmed’s Walima reception will be held in Faisalabad. As expected, significant personalities of the cricketing world will be there. As for us, we’ll be anxiously waiting for those pictures.