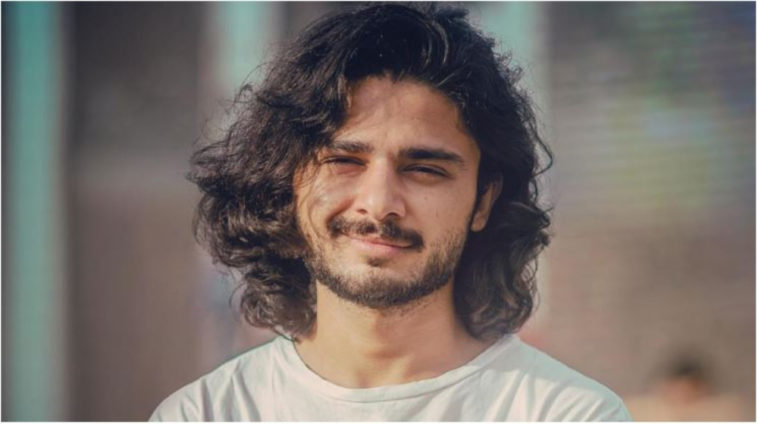 So after Kami Sid, now YouTuber Umer Khan alias ‘Ukhano’ has been accused of indulging in sexual harassment. Of course, the travel vlogger is denying the accusations.

While many fans are rushing to his defense, netizens are skeptical. (no smoke without fire, right?)

Secondly, when sharing a ss of a chat, i think hiding the messages is quite offensive to the other person, it literally shows that you’re just trying to prove the other person wrong with bits and pieces of the conversation

It all started with a now-deleted Facebook post that accused Umar Khan of using his position and influence to his advantage (Bill Clinton anyone?).

Once the news hit Twitter, tweeps brewed up a storm. More voices came forward with the same experiences. 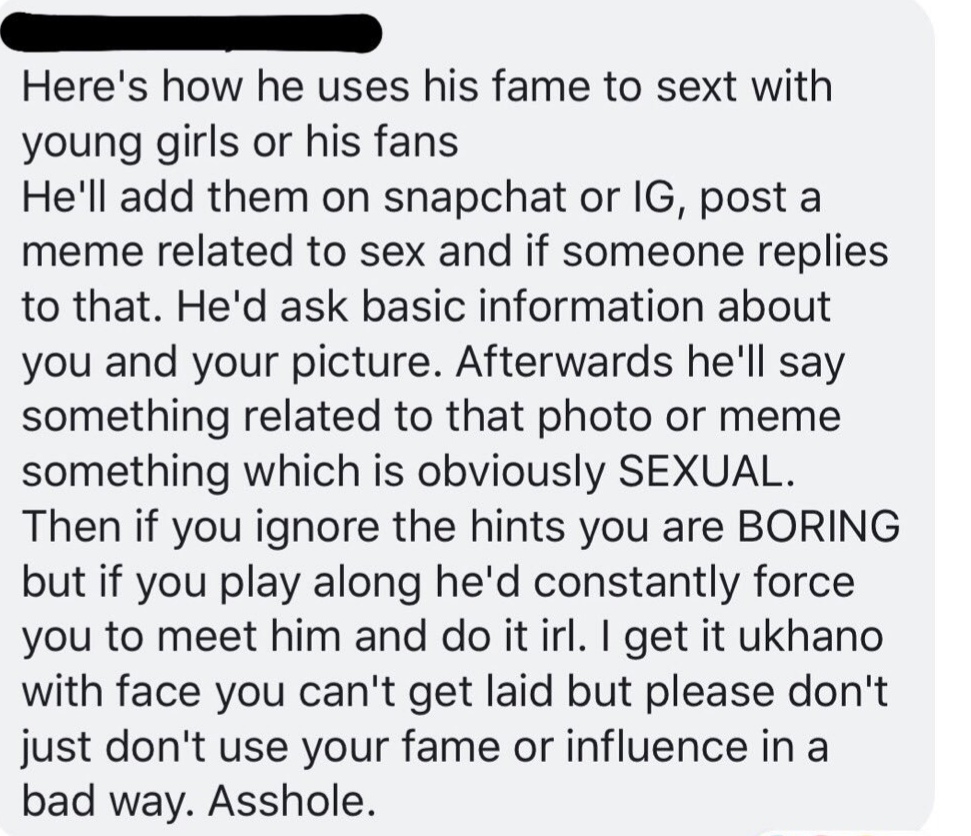 It took the vlogger a while to respond to the ‘recent false accusations against him‘. Many speculate that he did so to base a response that worked with all the narratives and screenshots making rounds on the Internet.

It is noteworthy that Ukano emphasized that he has never made women he worked with uncomfortable. That’s no guarantee that he managed to make women uncomfortable, just being himself. That is what he says at least.

Some Twitterati just think ‘boys will be boys‘, and this boy didn’t clean up well afterward. This really sheds the spotlight (yet again) on how our society has a culture that thinks men will just make advances towards women, and it’s nothing to worry about .

If somebody makes a pass at girls does that make them a rapist? Are you effing out of your mind? So what if he messages girls and tries to flirt? Isn't everyone saying when they don't respond he stops? Girls do the same thing man. It's not a big deal #ukhano

Why did she blur her replies? Seems consensual

3rd pic se replies ghayeb hain, I’m assuming ke jo bhi yeh wali bandi thi apni marzi se answers de rhi thi usko. I only think like this about this one girl baqi I do think he should explain why he did what he did

As civilized beings, we ought to be doing so in a better way (look at Keanu Reeves for a change).

Supporting someone and being a blind follower are completely different. He's asking girls for nudes, sending disgusting messages and sending some of them dick pics and you're here saying iTs nO bIg DeAl… what a shame.

Then there was the typical,  ‘if you’re right then go to court‘. Although made in malice, that really is a good suggestion. The Internet has a short term memory, and cases blow over.

A social media campaign against a social media influencer sounds like a really bad idea. Ukano even explicitly put out;

Meanwhile, a court verdict would really set it in stone if said social media influencer is an aggressor.

Calling ukhano dickhead on these fake screenshots? ? Seriously you girls are too much. File a Cyber suit against him if you got enough proof and guts otherwise stfu. Bloody attention seekers.

And how did you decide he is a sexual predator?Screenshots that can be recreated through apps?Its high time women take men to court and get them convicted instead of the usual bs on twitter.All the women all of a sudden at the same time decide to come forward totally not suspicio

On the other hand, people should learn to differentiate between rape and harassment. Rape is the most heinous form of sexual/physical harassment and a horrible crime.

Meanwhile, harassment may be verbal and indirect not just physical. Sexist jokes and saying lewd things to make you uncomfortable is verbal harassment.

Harassment is not always sexual in nature. Your boss screaming at you, threatening physical assault, as well as using abusive language is harassment (just not the sexual kind). The problem is that the word ‘harassment’ has become too taboo, that it’s often swept under the rug.

Do you think there’s any truth to the harassment allegations against Ukhano? Sound off in the comments below. 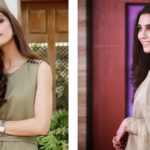 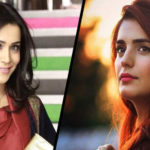