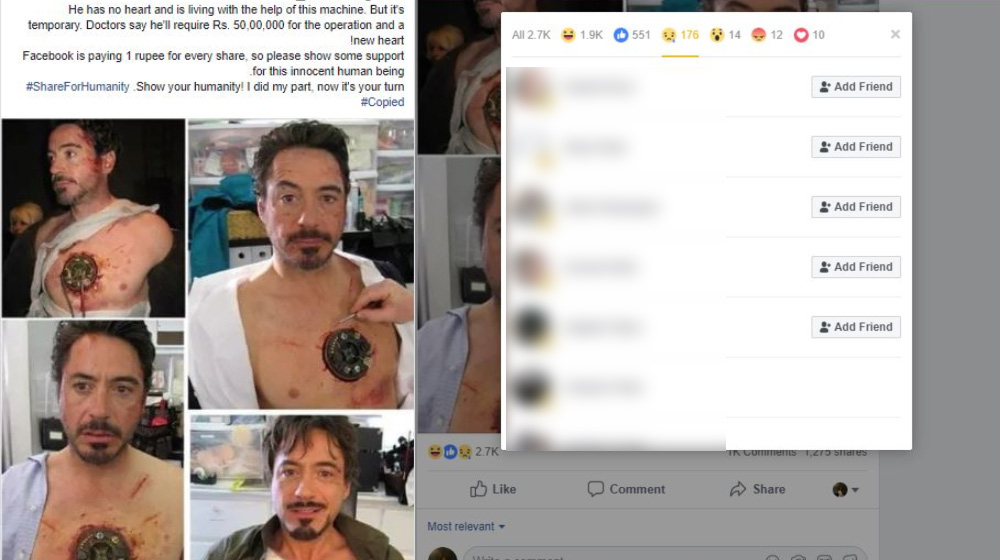 Someone just posted on Facebook to help fund an expensive surgery for Tony Stark’s heart since he’s running on the ‘Arc Reactor’. The status is asking people to share it as much as possible, with every Facebook share donating one rupee towards poor Stark’s surgery.

We all better get to sharing because like we saw in Iron Man 3, its not safe to go around with shrapnel in your chest (otherwise its bye bye Iron Man).

We Can’t Believe People Fell For This

Facebook is filled with dozens of similar posts, asking for donations to help fund people’s medical procedures. Most of the time we can’t tell the difference between a legitimate cry for help or a scam.

The post about Tony Stark (in case you’ve not realized it till now) proves in the most hilarious way ever that we need to double check things. Facebook is neither reliable nor loyal to you in this regard.

The best part (or sad part) is that people thought this is the real deal. Tony’s ‘cry for help’ has over 1.2K shares (and counting).

How do we know people thought this is the real deal? Lets take a look at the comments. 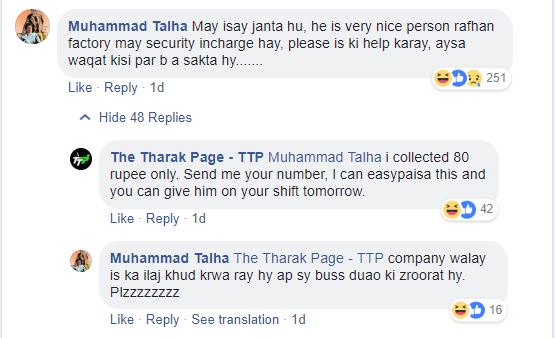 Some people were infuriated upon realizing it’s a joke. 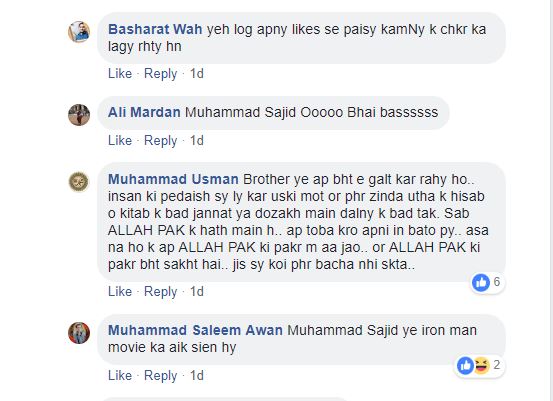 Some people took it for the joke it is.

Wait, did these people still not get the memo? Tony Stark is a fictitious character, and he needs no monetary help, guys.

Folks, the moral of the story here is – don’t believe everything you come across on Facebook. When in doubt, always Google it.

Also, April Fool’s still quite far away and we just hope someone doesn’t ask for donations for Steve Rogers broken shield this time.

Last but not the least, we just hope they release Avengers: Endgame in Pakistan after seeing how much love there is for Tony (fake social media appeal for help or not).