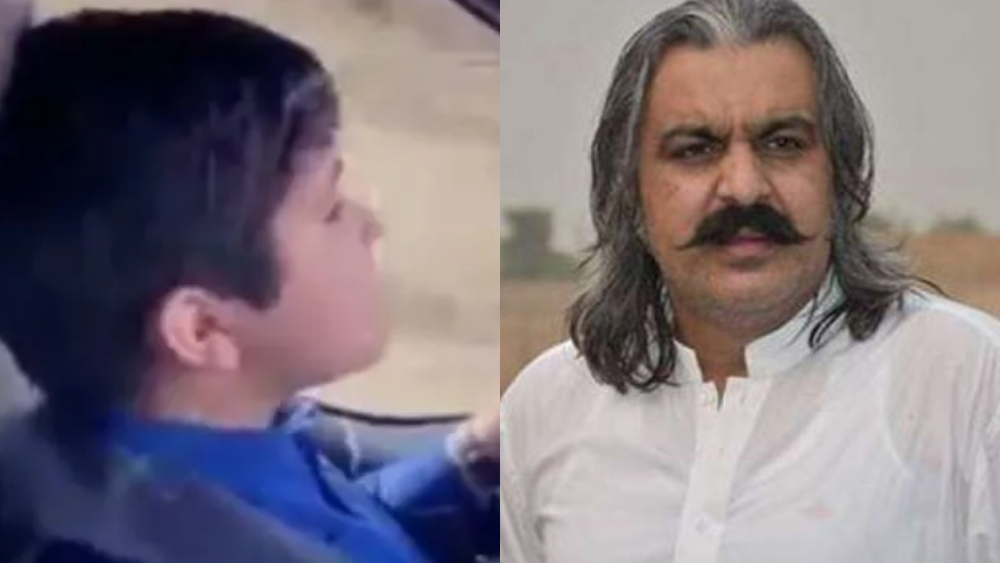 Federal Minister for Kashmir Affairs and Gilgit-Baltistan Ali Amin Gandapur has sparked outrage after a video went viral on social media. The federal minister can be seen filming a minor boy driving a car while he sits next to him.

Apparently the video has made several rounds on the internet. The video is recorded by Ali Amin Gandapur himself, who sits in the passenger seat while the minor boy drives the car.

Sources claim that the boy is actually his 9-year-old son, however no connection has been found between the two yet.

As per the laws of Pakistan, under-age driving is illegal and only those who are aged 18 years and above can apply for a driving license.

This video however speaks otherwise and people are requesting the authorities to take action against the minister.

In a similar incident, a video of a minor driving a car in Lahore had gone viral on social media. The video shows a young boy driving a car while an adult sits beside him on the passenger seat.

When the video went viral on social media, Chief Traffic Officer Hammad Abid had taken action and had directed the city’s traffic police to impound the car and seize its documents.

The CTO had revealed that police also confiscated the car owner’s driving license.