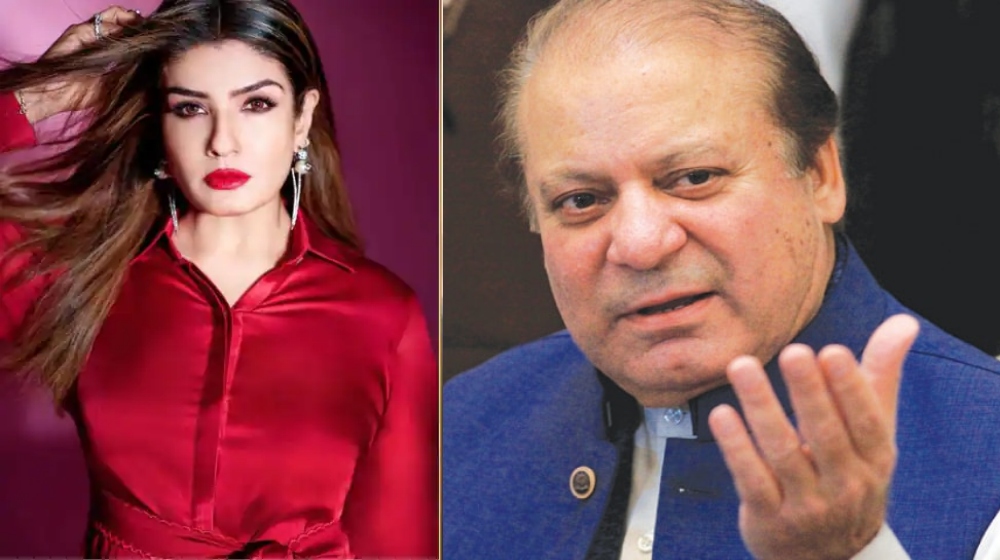 Bollywood actress Raveena Tandon is loved on both sides of the border. However, recently a controversial story about the Mohra actress resurfaced.

So back in the 90s at the time of the Kargil war, images emerged of a bomb with writing as though it were a package being sent. The sender and receiver? Raveena Tandon and Nawaz Sharif. At the time the  caption;

“To Nawaz Sharif from Raveena Tandon, ” with a cupid symbol caused quite a ruckus. 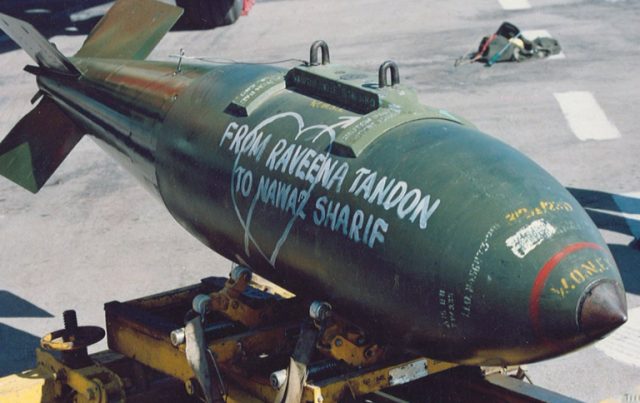 When the Bollywood actor recalled the ‘gifts sent to Nawaz Sharif’, we had the most interesting throwback Thursday in a long while. At the time the Andaz Apna Apna ruled Bollywood in the 90s, as the war raged in Kargil in 1999.

The pictures were broadcasted on television. However, the Bollywood diva remained tight-lipped on the issue until now. In an interview with Hindustan Times, she revealed that she saw the pictures ‘much later‘.

“I would advise the whole world that if anything can be negotiated with love and talk, please do it,” she said. “No one should feel proud about any mother losing their sons or daughters…”

Raveena Tandon’s career peaked in the 90s. She rose to fame with her role in the film Patthar Ke Phool (1991), Mohra (1994), and Satta (2003). She recently made a comeback with the Netflix series Aranyak, where she played a policewoman.

Her upcoming projects include KGF Chapter 2 with Yash and Sanjay Dutt.