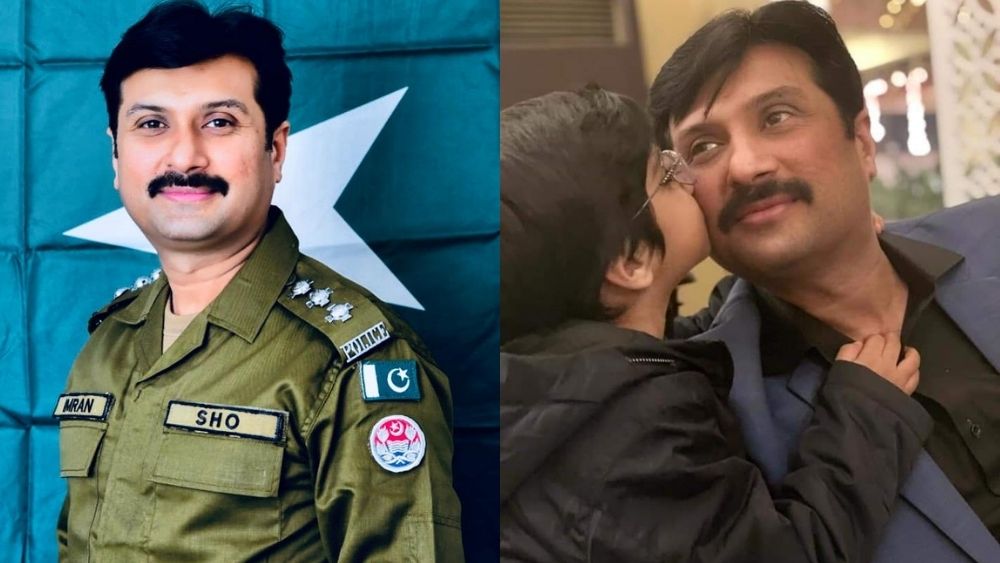 Racecourse SHO Mian Imran Abbas was on his way home with his family when unidentified men opened fire. According to reports, the martyred officer was seemingly worried several days prior to the incident. The case might be linked to the crackdown of criminal operations in the racecourse area. However, it’s too soon to rule out other motives behind this murder.

Mian Imran Abbas along with his wife and two kids was on his way home to Police Lines Headquarters, where the family resides. According to reports, he was on the opposite side of the official residence of the city police officers, when two bikers shot fire.

The SHO was shot in the neck, through his tinted car window. His wife rushed him to the hospital, however, Mian Imran succumbed to his injury before he reached the hospital. A police spokesperson said:

The racecourse SHO joined the police force in July 1990- the same year his father, a sub-inspector (SI), was martyred.

His funeral prayers were offered at Police Lines Headquarters at 10 am on Monday. Among the attendees were the interior minister, station commander, deputy commissioner, RPO, CPO Ahsan Younus, and other police officials.

A Twitter user expressed his grief over this loss and wrote:

Imagine for a second that you have 3 kids and one perfect family. On a Sunday, you go out with your kids and wife in a car, and on your way somebody shots fire at you. Their entire lives, the kids and wife would grieve the loss. Appreciate these families

My heart is in a hundred pieces today. Till we meet again, Imran. You were my best officer. https://t.co/a2nX8GbTGu