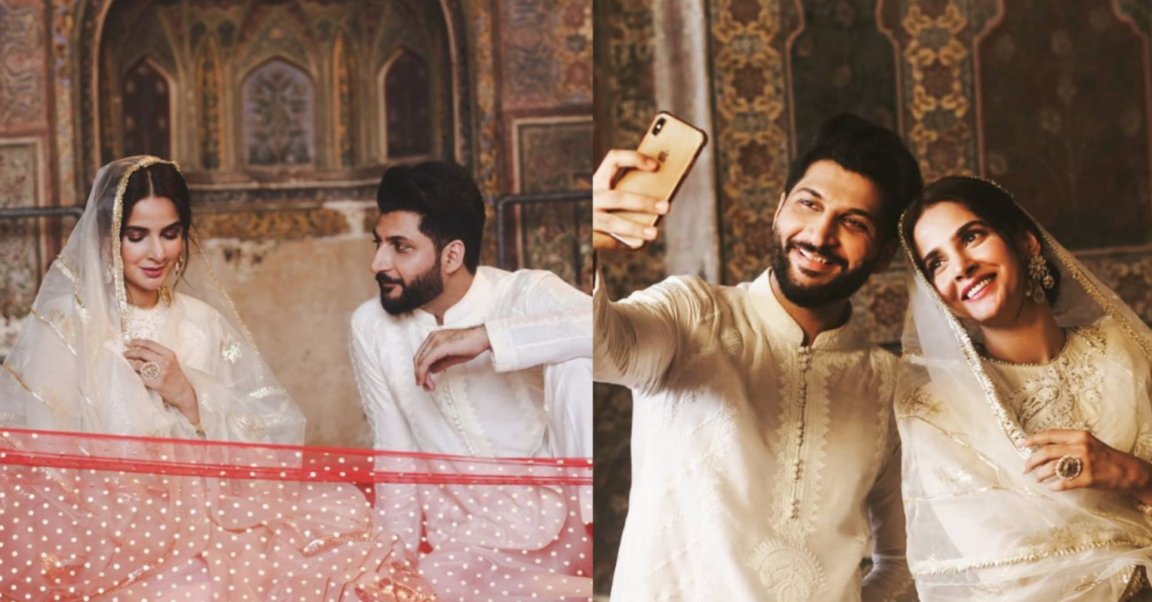 Following their controversial behind the scenes video, Saba Qamar and Bilal Saeed have been embroiled in a court case against their actions for filming a music video at the Wazir Khan Mosque.

However, a Lahore Sessions Court has now confirmed their pre-arrest bail before also ruling that the two will stand trial to determine whether punishment is applicable.

A case was filed against them on August 13 at the Akbari Gate police station on the complaint of lawyer Farhat Manzoor. The FIR was registered under Section 295 (deliberate and malicious acts intended to outrage religious feelings of any class by insulting its religion or religious beliefs) of the Pakistan Penal Code.

Their actions of twirling inside the famous mosque led to a serious reaction against them online. Both Qamar and Saeed were excused from court because they feared for their safety. The pair were granted bail till August 25 and then got an extension that day.

The discussions around the video first started when Saba Qamar and Bilal Saeed both posted the same black and white picture on Instagram with the caption Qubool Hai – leaving fans wondering what was going on.

It was later revealed the clip was a shot from Saeed’s upcoming music video Qubool, where Qamar made her directorial debut. But things soon turned sour. The man who registered the case accused the celebrities of “hurting the sentiments of Muslims” by shooting a music video at a mosque. A sessions court had ordered the registration of the case.

Following the backlash, Saeed took to Instagram to express his apologies, saying both he and Qamar “realise what has happened over the past few days has hurt sentiments deeply”.

Qamar also responded to the criticism in a series of tweets, saying the clip was a “prologue to the music video featuring a Nikkah scene”.

“It was neither shot with any sort of playback music nor has it been edited to the music track,” she said on Twitter.