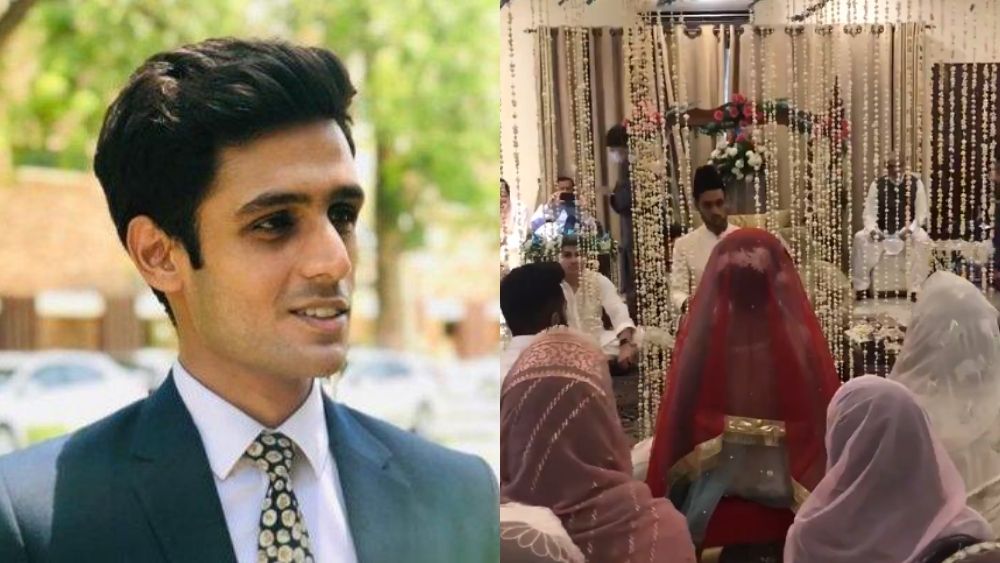 Bilal Saeed & Saba Qamar’s upcoming music video sparked controversy among most people, to say the least. But nobody was as hurt as the groom who lost his ‘dream wedding’.

The music video that the singer shot at Wazir Khan mosque in Lahore caught the public’s attention. The backlash was not only directed towards Bilal’s team but also the mosque’s management.

Recording of Dancing scenes or music in Masjid Wazir Khan Lahore is a heartbreaking incident. We need to demand an urgent call of action against Media Production House, Saba Qamar and her Co-star and the management of Masjid Wazir Khan from top to bottom. This is Unbearable.

As a result, the Qubool singer made an apology video. He clarified the misconceptions surrounding his music video.

While the public is satisfied with the heartfelt apology posted by Bilal Saeed, one man does not want to let it go. And why would he? His real-life dream wedding was ruined to shoot the music video.

Mohammad Murtaza is an assistant commissioner in Lahore who, for the past 6 years, had his eyes on the Wazir Khan mosque for a perfect dream wedding.

I don’t know Saba Qamar @s_qamarzaman personally but she and  @Bilalsaeedmusic
have played a sad (and emotionally traumatising) part in my life recently. They don’t know this yet. But they should.
It all started in 2014.

He mentioned that all of the arrangements were well taken care of when the mosque canceled his Nikah arrangement there. Of course, the decision was taken due to the backlash mosque’s management had been receiving.

The Problem: Saba Qamar decides to make a tiktok video in a mihrab of the mosque

The Result: The admin at Wazir Khan mosque cancelled permission for my nikkah

The groom was so upset and heartbroken from this that he almost called off his wedding.

In fact I was so sad that I cancelled my nikah.

All the guests, all the arrangements, all the food, the flowers, the bidd…. I cancelled everything.

An emergency family meeting/conference was convened in the lounge. It was like the Ruet-e-Hilal.

Regardless of what happened, Murtaza tied the knot on the day he planned. Sharing a beautiful moment from his Nikah ceremony, he said:

At 10:30 AM, Sunday 18th Zilhaj, corresp. 9th August, 2020, in the same ghar ka lounge mentioned above, I said Qubool hai three times (So did the girl, which is more surprising)

Ending his thread, the assistant commissioner added that the officials need to be more mindful and logical when dealing with the public backlash.

Bilal Saeed & Saba Qamar were let off the hook easily, but this revelation puts everything in perspective.