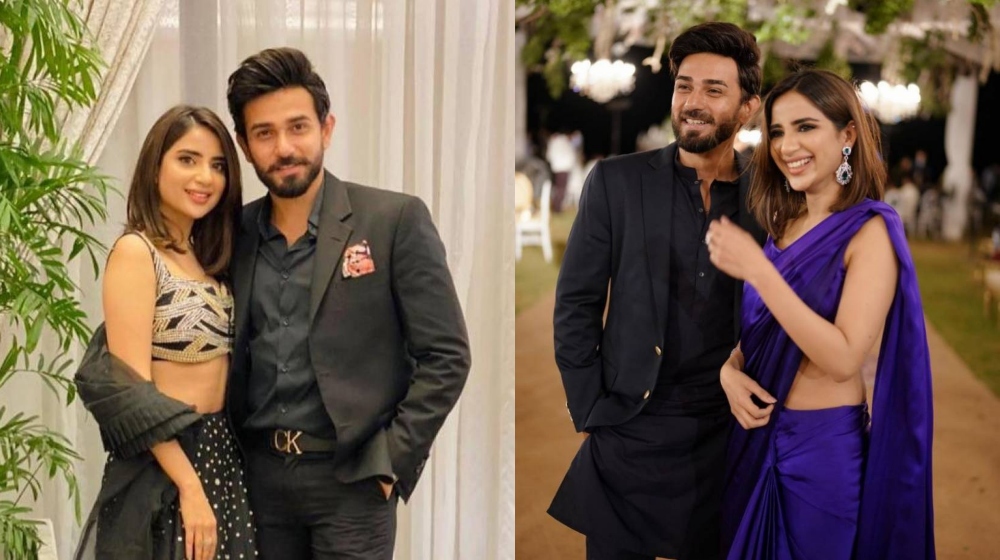 As everyone wants the tea on the love story between Saboor Aly and Ali Ansari, the Muqaddar actor made a surprising revelation.

According to Ali Ansari, he and the Gul-o-Gulzar were hitched in an arranged marriage. In his appearance on ‘Timeout With Ahsan Khan‘.

“Our marriage was completely arranged. Saboor and I had worked together and were friends, but nothing more. In fact, she used to set me up with her friends. Our sisters are the ones that got us hitched.”

That’s when Mariam Ansari opened up about wanting to rope in the Naqab Zun actress for her brother.

They met on the set of a drama serial and the two women became fast friends.

“She’s such a nice person. Our energies matched, and we just vibed really well long before that.”

Mariam even revealed an interesting fact about how Saboor would try to set up Ali with other women and they too would eventually get married later.

Interestingly, we recall that in her appearance on ‘Choti Car Bara Star‘, when Minal Khan was asked to complain about Shahroze Sabzwari as a joke, her bestie Saboor Aly had stated that she ought to make it obvious that she’s involved with someone.

Had the roles been reversed would we have learned something interesting? What do you think? Let us know in the comments below.