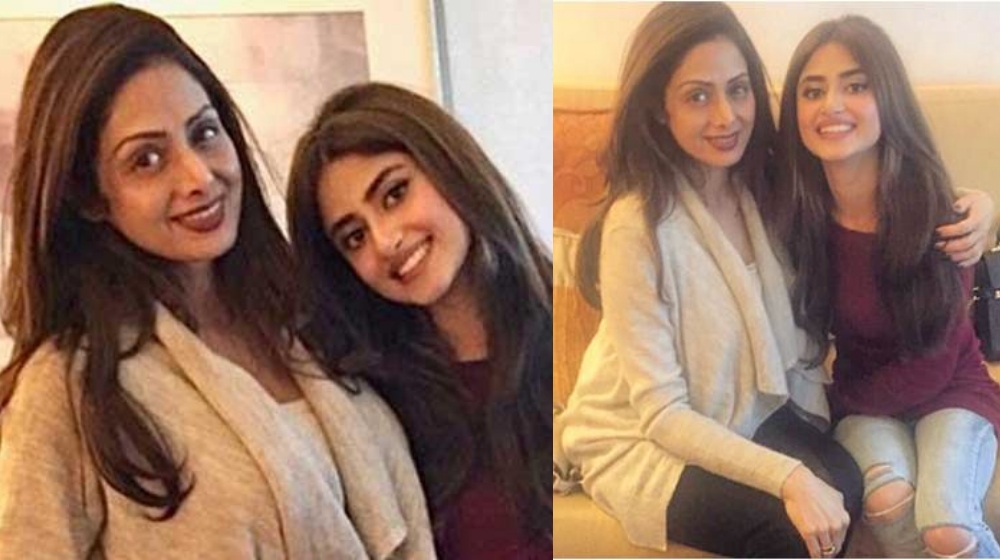 Pakistani superstar Sajal Aly is still relishing the global fame that came with her web series Dhoop Ki Dewar. Amid all the love she’s been getting the actress took a moment to recall her Bollywood debut and working with Indian legend Sridevi.

The Pakistani actress made her Bollywood debut with Mom opposite the Bollywood icon.

In an interview with The Current, the O’ Rangreeza actress opened up about working with Sridevi and the bond that she shared with her family. Sajal Aly even shared how she had a bond with Bollywood star kid Janhvi Kapoor.

The Aangan actress says she feels lucky when co-star Sridevi’s daughter Janhvi and Punjabi Indian actor Sonam Bajwa praise her work publicly. Though she is aware of her popularity in India.

“I think I’m very lucky. When I did ‘Mom’ with Sridevi Ji in India, I had a chance to build a relationship with her family on a personal level. We did not have a professional dynamic with each other, (as there was a personal element in our equation).”

Further talking about her bond with the Dhadak star, she mentioned that the entire experience became more meaningful as her mother and Sridevi passed away one after the other after she wrapped the film.

“Only a few days after my mom passed away, Sri ma’am also passed away. But I feel that her love and the memories will always remain with me.”

Currently, the actress is ruling the screen with her drama serial Ishq-e-Laa. On the other hand, her film Khel Khel Mein is currently running in Pakistani cinemas at present.