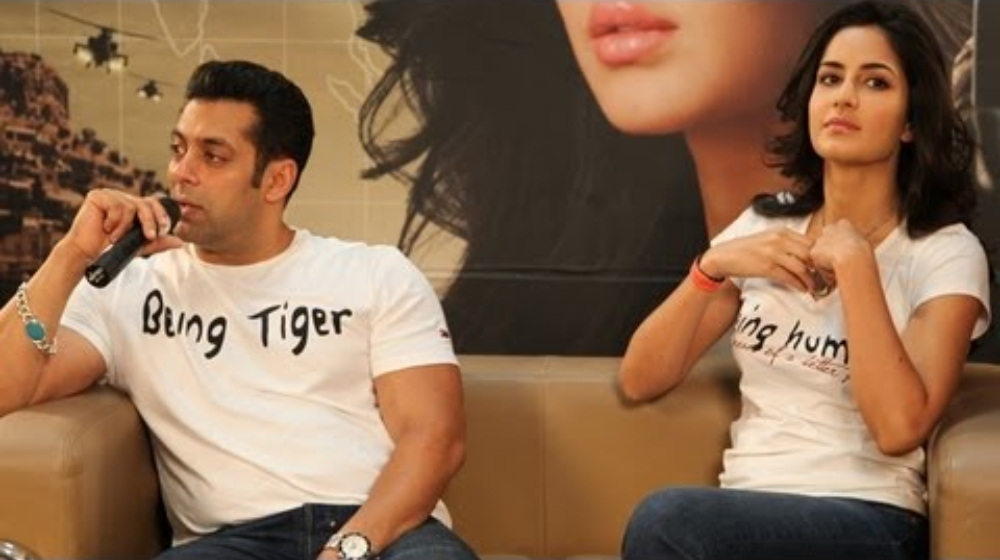 After Bharat, looks like Salman Khan will keep his partnership with Katrina Kaif going. The duo will next share the screen in the third installment of Ek Tha Tiger.

Times of India writes that director Zafar has already finalized the story and script. The plan is to start Ek The Tiger 3’s shooting in January 2020.

Salman Khan Makes History With 14 Films That Made Rs 100 Crore Each!

Kat Is Just Hearing About This

We don’t know for sure if they got Kat in the bag for the project. In an interview with Mumbai Mirror, Katrina Kaif said she is completely clueless about the project.

She’s not sure if she will be a part of Ek Tha Tiger 3. Katrina said she will ‘probably be the last person to learn about the movie’s progress from Ali’.

Aditya Chopra will produce the third installment in the Ek Tha Tiger franchise.

Both the 2012 and 2017 movies created a boom at the box office, with Tiger Zinda Hai bagging a new box office record.

In the meantime, Salman Khan is working on Dabangg 3, while Katrina Kaif is part of the cop drama Sooryavanshi cast opposite Akshay Kumar.