Salman Khan is making a remix of  ‘O O Jaane Jaana’ from Pyaar Kiya To Darna Kya with Katrina Kaif. The song will be featured in Time to Dance starring Isabelle Kaif and Sooraj Pancholi.

In recent years Bollywood has been rebooting a lot of classics. Then there’s the trend of remixing of classic songs, especially from the 90s.

Salman Khan just jumped on that bandwagon as well. The song  ‘O O Jaane Jaana’ became a hit because of Salman’s surfboard abs, as seen in the video. We wonder is this will be a part of the remix.

Here’s the original version for all you 90s Bollywood fans out there:

News is that there will be two versions of the song. One music video will feature just Sooraj Pancholi and will be used to introduce his character.

The other music video will cast Salman Khan and Katrina Kaif as well as the leads of the movie Isabelle and Sooraj.

This is fitting, given how Sooraj Pancholi was launched by Salman Khan Productions for Hero.

Time to Dance will be Isabelle’s debut film. She’s playing a competitive ballroom dancer. Sooraj will play the street artiste and the two will perform their own dance moves.

The dance styles featured in the movie include Salsa, Zumba and Bachata.

Will ‘O O Jaane Jaana’ new version hold its own with the original?

The problem with reboots is that they often do not cater to contemporary tastes. However, Salman says he’s got that covered.

The Mumbai Mirror reported that the remake will be a fully modern rendition of the song.

“It’s a modern-day rendition of the original track, and will be shot on lavishly-mounted sets. Salman and Katrina’s presence is restricted to the promotional song, the two will not be a part of the film.”

Jatin-Lalit composed the original ‘O O Jaane Jaana’. The reboot will be composed by Shivai Vyas.

Salman and Katrina will not start shooting the promotional music video until they wrap up shooting on Bharat. The two are even shooting together on Valentine’s Day.

Salman Khan and Katrina Kaif to Spend Valentine’s Day Together 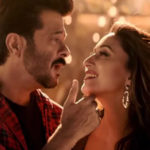 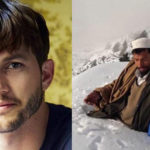