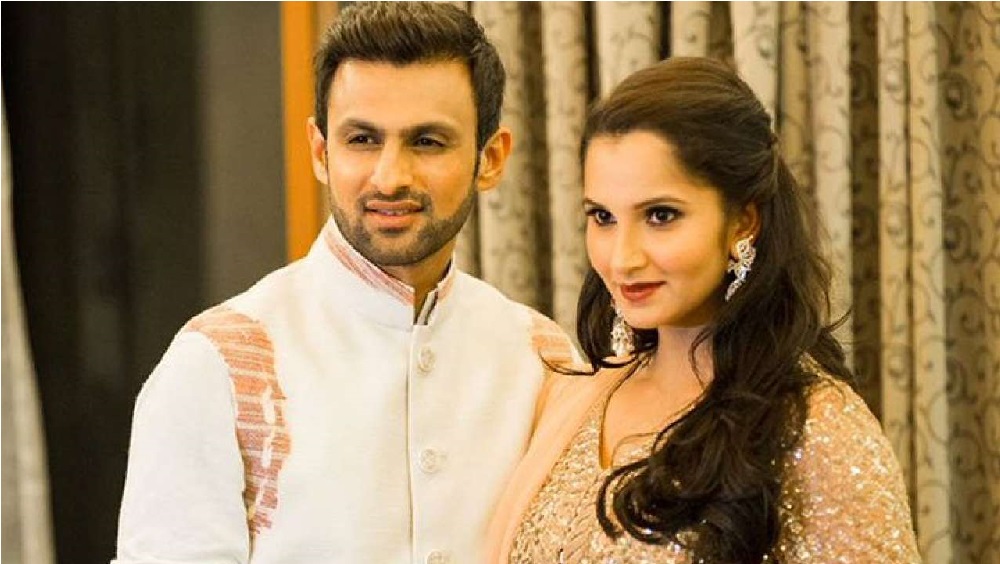 Sports stars Shoaib Malik and Sania Mirza are as much a celebrity couple as people from the biz. The couple does sometimes exchange playful banter online. What about on live television?

The celebrity duo appeared together on ‘Timeout with Ahsan Khan’, when the two began exchanging playful banter. During a segment of the show, the Indian Tennis star playfully jested that;

Does that mean the Pakistani cricketer is in trouble over something? Recently, he garnered headlines for his sizzling shoot with actress Ayesha Omar. The photoshoot sparked memes. With many asserting the sportsman might be in trouble with ‘Bhabi G’.

It might actually be his other habits that peeve his wife. Sania Mirza also revealed on the show that Shoaib Malik spends a lot of time in the toilet, surfing the internet and getting all the news updates.

Meanwhile, the sportsman shared more details about their first meeting in 2004. He shared how it was a media person that introduced the two to each other and Sania showed him a lot of attitude. However, when they met the next time in 2009, the tennis star thought he was very good-looking.

The duo then fell in love after developing an understanding. Now they’re married and have a baby boy together.

They also shred how their son Izhaan, is a fan of dinosaurs.