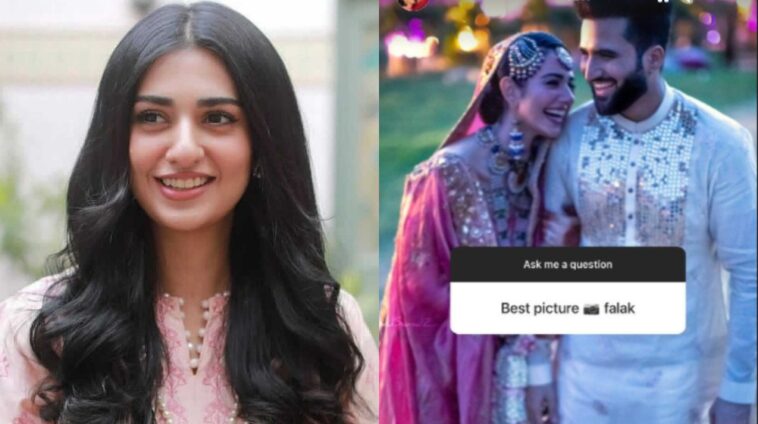 In a recent Q&A on Instagram, Raqs-e-Bismil actress Sarah Khan revealed quite a bit about her personal life.

One thing is even more obvious, the starlet is very loved up in her relationship with Falak Shabbir. From her ‘most memorable shoot’, to her ‘best picture’ everything seemed to center around Falak Shabbir.

When asked to share a clip of her favorite song by Falak Shabbir she shared a snippet of the Ijazat singer crooning a cover of ‘Khoobsurat Hai Wo Itna‘. 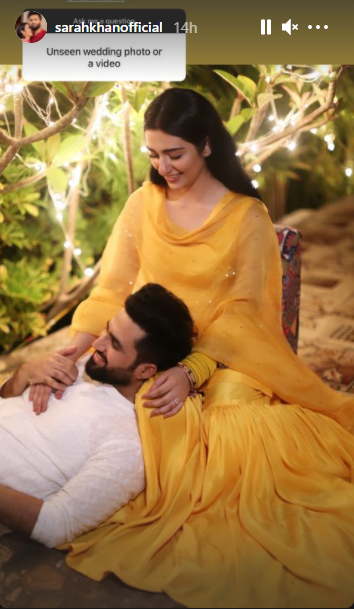 Clearly, the actress is all loved up. She even went as far as to suggest all the single ladies find themselves a beau like Falak Shabbir. 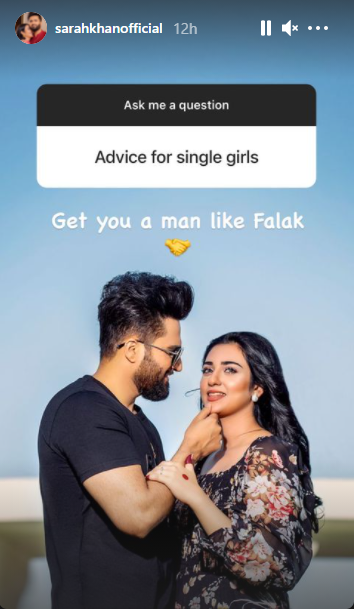 This is kind of obvious given all the social media PDA the couple share. However, the Ja Jee Lay singer does work on his music aside from dotting on his wife.

On the same note, people actually dug in deep and asked some strange questions. Like what does the couple’s bedroom look like? 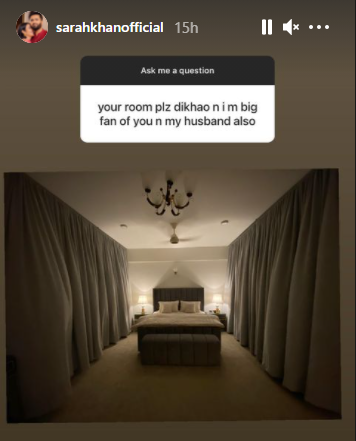 However, some questions brought forth a cute little detail about a pet. 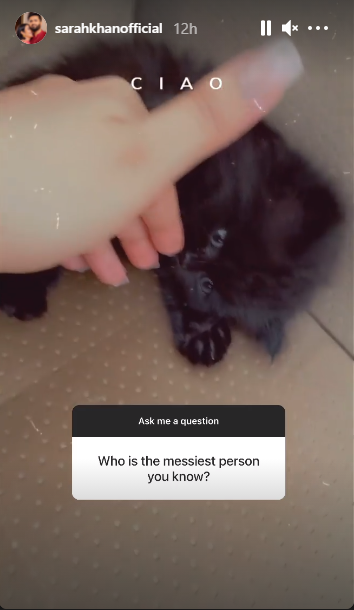 Another strange question was ‘the last picture’ in the actress’s’ gallery. What even is that?

There were also questions about the starlet’s family. We already know Noor Zafar Khan, but Sarah previously revealed that they had quite a large family. 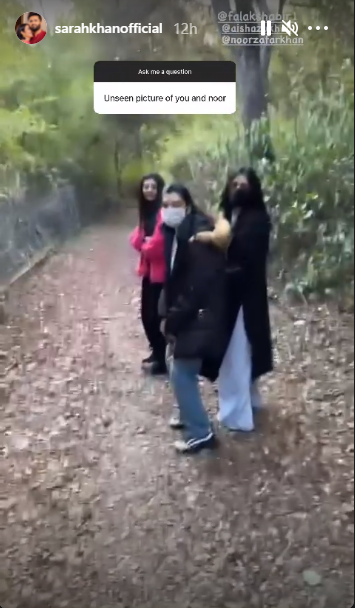 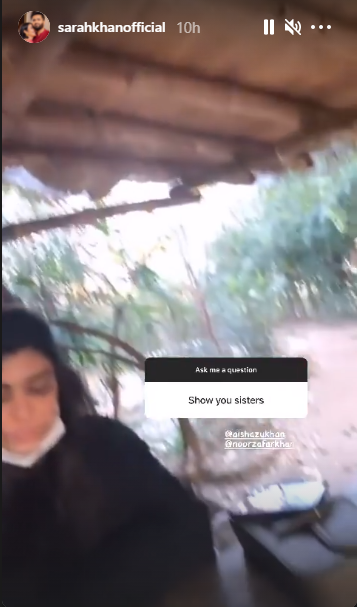 Aside from personal questions, people did ask about the Bari Apa actor’s upcoming work. However, she didn’t reveal anything we didn’t already know. 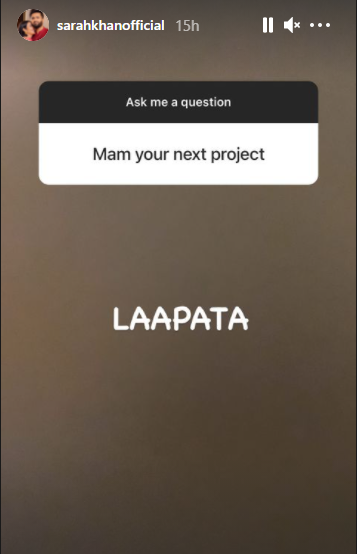 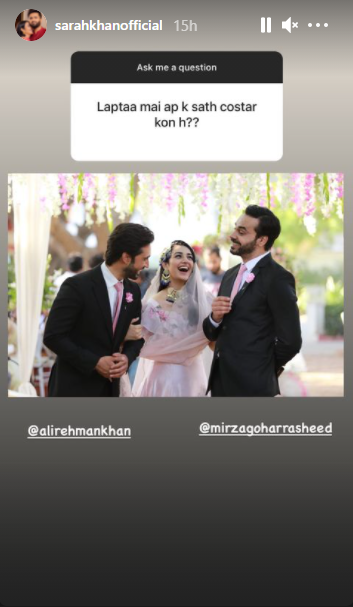 However, she did share a BTS from the sets of her upcoming drama serial Laa Pata that features a look we haven’t seen before.

Speaking of BTS shots. A fan even asked her to share throwbacks from the sets of Sabaat. That was the last time we saw Usman Mukhtar on our television screens. What does he have lined up next?

Now we also know that the Sabaat actress likes playing badminton like ‘Miraal‘. 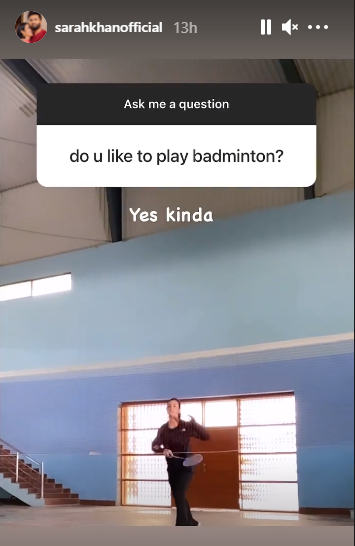 Speaking of favorite dramas, one fan had the Sabaat actress share a BTS of herself and Imran Ashraf running lines.

In another BTS from the set of the drama serial, she shared a video clip of what it was like filming the drama amid the ongoing COVID-19 pandemic. We see a crew member disinfecting ‘Zohra’s burka’.

She even teased how the last episode of the drama serial is bound to be ‘intense’. 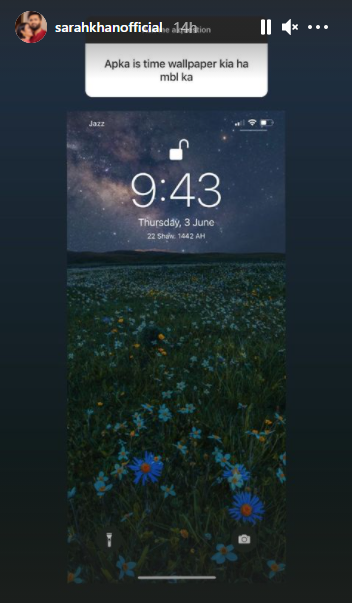 This Q&A also revealed the Karamat-e-Ishq actress has minimal taste when it comes to make-up. From her nails to her favorite lip color. 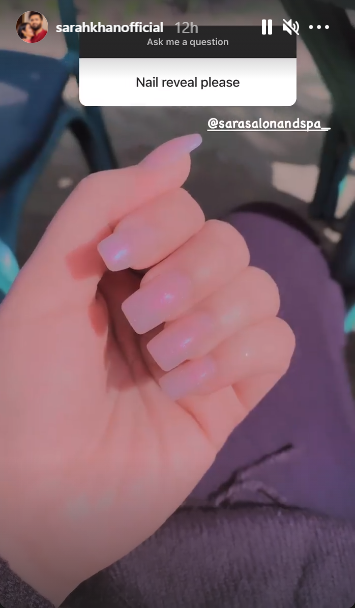 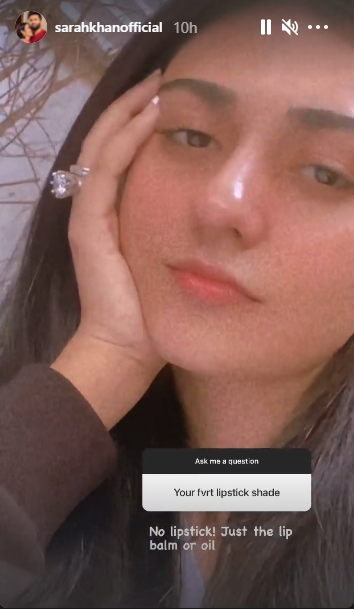 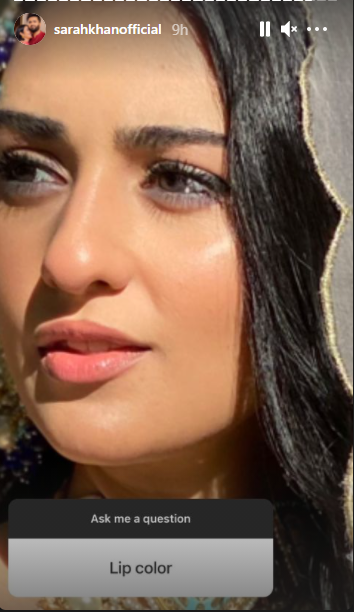 She even shared a make-up-free selfie. 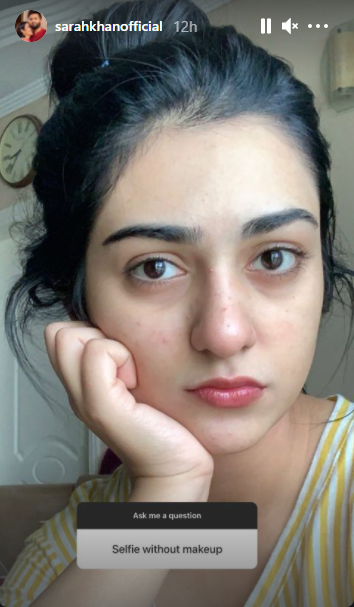 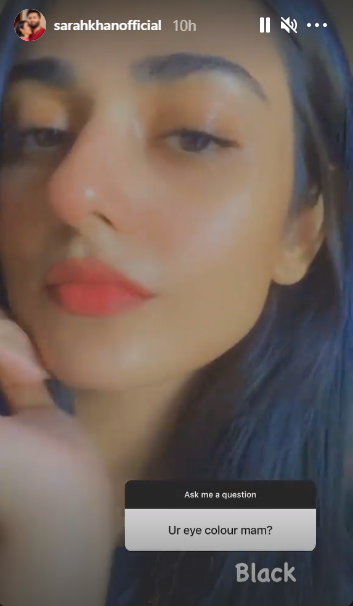 As for her favorite color. For now, it’s lilac. A cool choice for the upcoming summer heat. 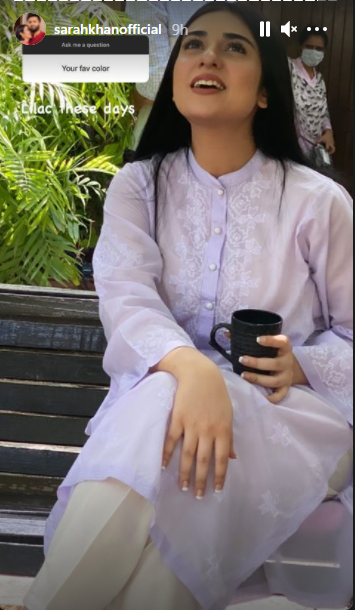 Sunscreen: Top 5 Picks for Your Skin For This Sweltering Summer Season

While most people had some interesting questions to ask. We can’t wrap our heads around what this Netizen is trying to ask.

Which of these answers did you find surprising? What would you have liked to ask the Mere Humdum actress? Let us know in the comments below. 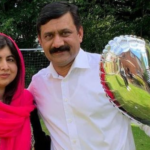 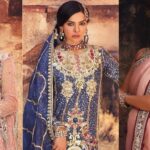