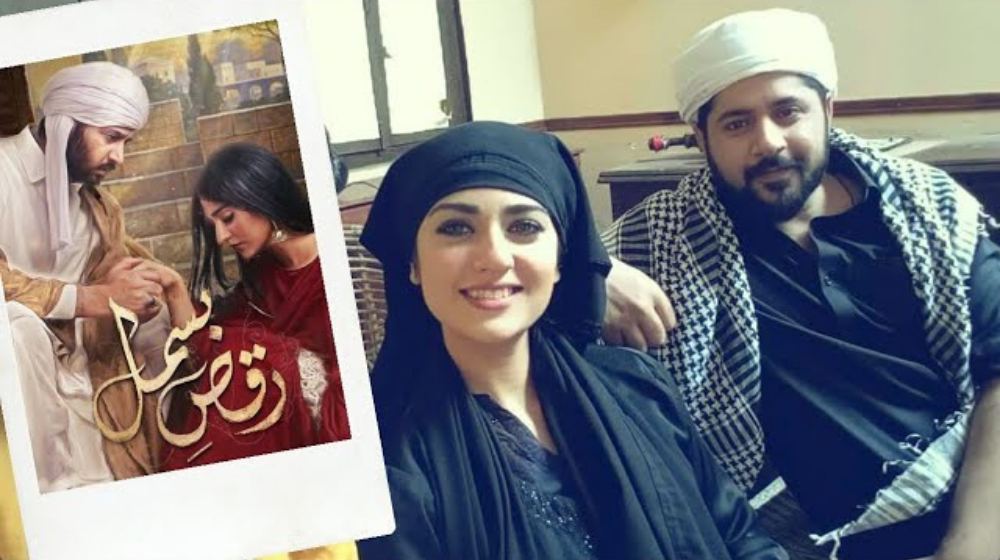 Sarah Khan’s drama Raqs e Bismil is winning the hearts of audiences. Actors including Imran Ashraf, Anoushey Abbasi, and Furqan have delivered some powerful performances however, Sarah remains the star of the show.

She essays the character of Zohra so effortlessly that one gets completely absorbed. Unfortunately, we have only seen Zohra in pain so far. She has suffered, cried, and wailed but we have never seen her having a light moment during the drama.

Even though Zohra is not having a lot of fun in the drama but in reality, Sarah is really enjoying her time on the sets of Raqs e Bismil. She shared some BTS where she was seen lying down on the road and saying, “Mein sone lage hun, mujhe utha dena.”

Have a look at this funny moment.

We simply love these candid bits that actors share frequently on their Instagram feeds. It adds life and color to their characters and even becomes a source of entertainment for fans.

Meanwhile, Raqs e Bismil is also taking an interesting turn. We saw a lot of intense action as Malik Shehryar decided to leave Zohra and the misunderstanding between Esa and his wife ends. Even Musa’s character is becoming very strong.

With so much happening we wonder what will be the fate of Zohra and Musa. Will they ever be able to enjoy a blissful life together? Only time can tell!