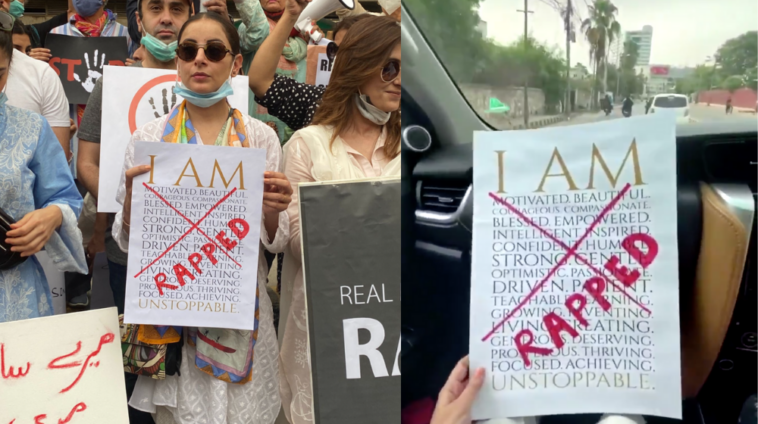 The whole country has been on edge after recent events such as the motorway incident. Hoards of people have come out on the street to protest state inaction and lack of safety amidst women and trans community members.

But when the stars of our entertainment industry decided to protest on a separate day, and not only do that but also take over an ongoing protest led by the transgender community, they were bound to face backlash for promoting elitism and insensitivity at such a time.

One of the videos that went viral was that of Sarwat Gilani and Frieha Altaf in a car on the way to the protest where Sarwat Gilani is holding a poster that says “I am Rapped”. The nature of the poster along with the misspelling of what is meant to say rape made many comment on how demeaning their whole protest was in this fight for justice.

But following the backlash, the actress has apologized for her “honest mistake”. She took to her Twitter account and wrote:

My apologies, it was an honest mistake. Making numerous cards and helping organizers with setting up a protest can get very mind-boggling. Since a lot of celebrities were busy with work on the first protest’s date we decided to get out a day when most of us were available.

It’s good to see the actress recognizing her mistake but we wish we had an elite class educated enough to also realize where their privilege needs to be kept in check.

The issue was about far more than a misspelled poster. It was about taking up space when others needed to be at the forefront. And until our privileged classes learn to recognize the way they take up space and the dangers that pose, we can never advocate for real change. 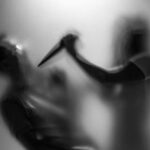 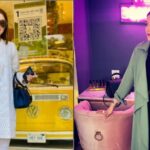