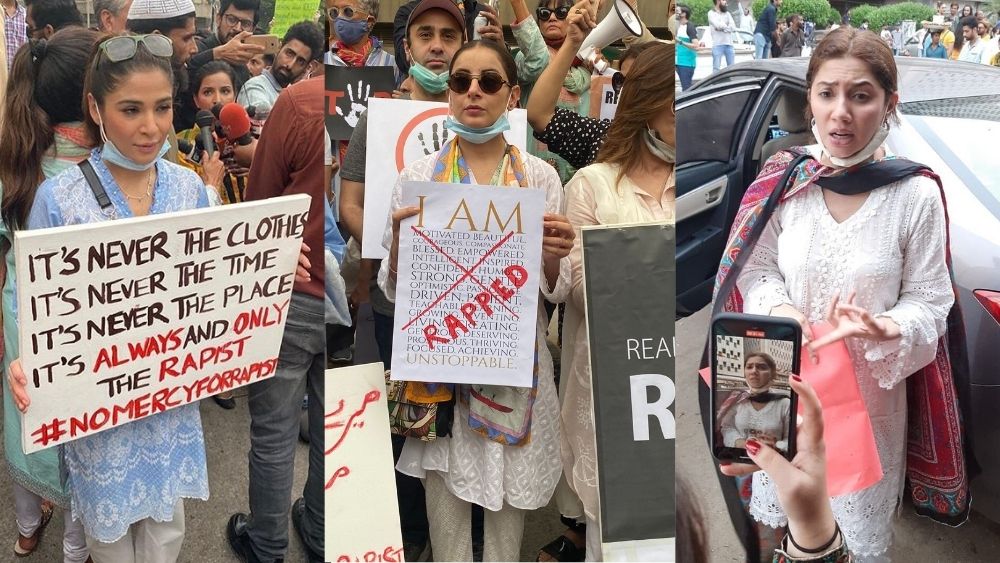 Since the Lahore motorway rape case, the Pakistani public has taken to social media and to the streets as well. Everyone is demanding justice for the rape survivor and wants answers from the authorities.

In the midst of these protests, we saw something very disappointing yesterday. Some Pakistani celebrities are making a mockery out of the public’s sentiments. 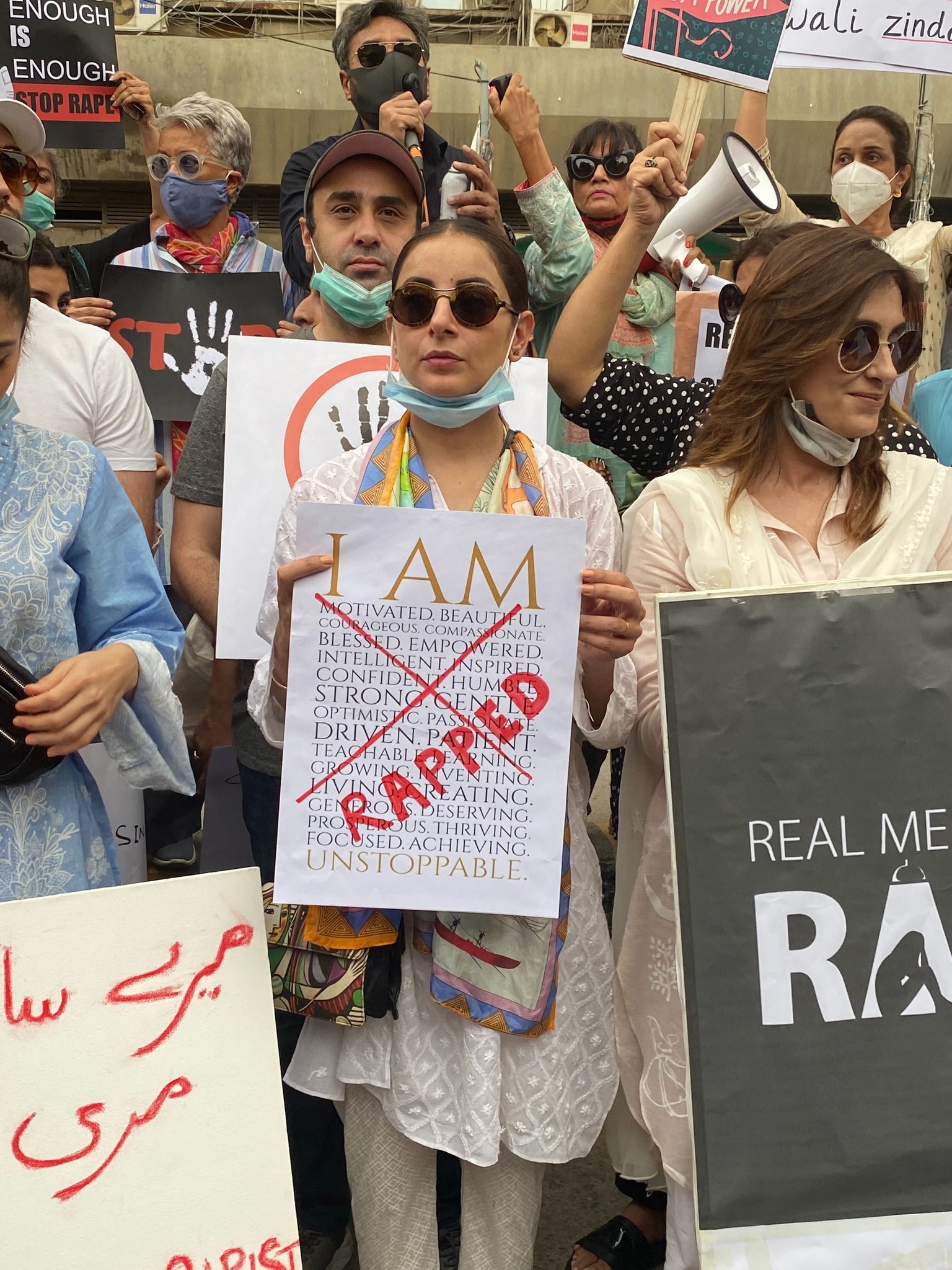 As more and more netizens started reporting on the events that took place at the Karachi Press Club yesterday, names like Frieha Altaf, Mahira Khan, Sarwat Gillani, Yasir Hussain, and Ayesha Omar, among others, came forward. 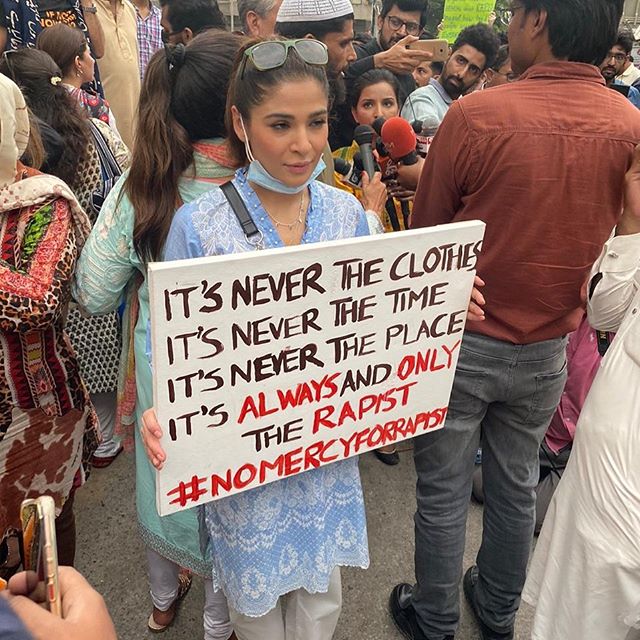 It has been reported that this exclusive club of celebrities disrupted the actual protest that was being held to demand the safety of women and the rights of the transgender community.

If that wasn’t enough, they demanded the general public move further away as they were, of course, entitled to be on the forefront. 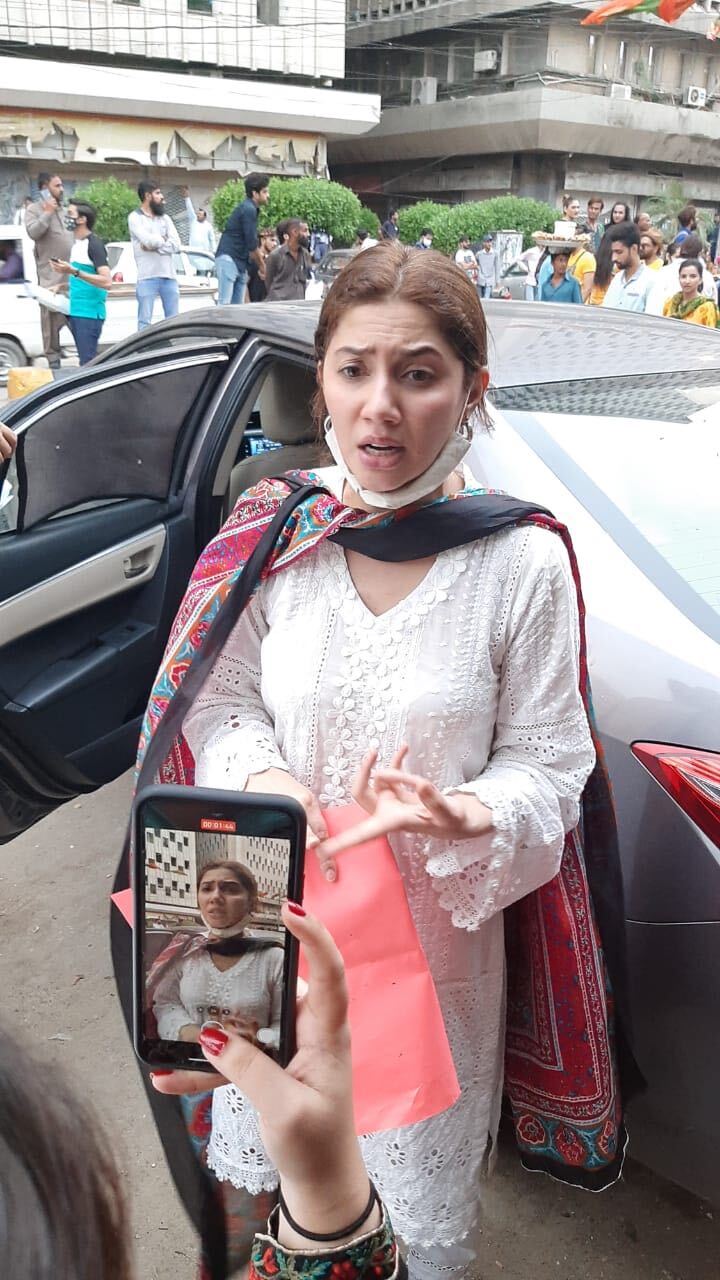 One Twitter user, who was also at these protests, reported that these celebrities drifted the media’s attention towards them and away from the commoners who were fighting for their due rights.

Fun Fact: Bushra Ansari RANDOMLY walks by and tells Zehrish Khanzadi (a trans leader) and me not to sway too much or else the cameras will catch us and delegitimize our protest by saying we're dancing.
Sure Ma'am. Sure.

All of this was happening while the transgender community was being sidelined by the press. Their mockery wasn’t limited to their little elite protest.

This is not how you do PR

If there were any doubts that the actors were being unfairly singled out for their classism, one Instagram post laid all those claims to rest. Sarwat Gilani, the star of hit drama serial Churails, posted a rather insensitive video on her Instagram, laughing about and making light of the situation.

First, let’s take a look at the video:

I really want to believe their hearts are in the right place, but wtf? This is cringe-worthy. And can someone explain why the celebrities felt the need to have their own protest against #motorwayincident vs getting more support for the first one? pic.twitter.com/Ezjwpu2opU

The spelling error alone is enough to prove how much these classists actually care about the cause. But calling themselves “pro at protest” and giggling around like insensitive and immature adults was a definite kick to the curb.

Moreover, Sarwat’s poster alone comes from a place of ignorance and illiteracy. Can someone ask her if being ‘rapped‘ is the only identity a rape victim holds?

Everyone is obviously outraged at the celebrities’ little PR stunt. Here’s what netizens have been saying about the situation:

honestly though how fucking narcissistic do celebrities have to be? ‘professional protesters’ yes bcs it is a job rather than a necessity. bcs women who’ve been arranging and going to AM are professionals instead of just tired of the status quo. disgusting. https://t.co/pHZlZdDLJD

First of all. This is not a girls trip you’re taking. Secondly no one noticed the spellings? How? https://t.co/pGTm4qXqgE

I get your point but this issue needs maximum participation, maybe some times it will be cringeworthy or even comic but let people express themselves in whatever they want, as long as they are on the right side of the cause. https://t.co/d7flNE6Qgk

If only they knew the spellings of it before bragging about their protest like this.🤦‍♀️
It's rape/d not rapped. https://t.co/AhujYyDtnC

What are these people…… https://t.co/zMPPn4zyED

I really don't get what is there to be so happy about?? You are going on a protest?? against??rape?? Like how can you not see how grave an ordeal this is?? How sensitive can y'all be?? Mtlb kch bhi🤦🏾‍♀️ https://t.co/rEQr8D8I93

what's the difference between our celebrities, ccpo lahore or shahbaz sharif? making a mockery out of the situation. Shame on all of you. https://t.co/h3ACvORoP7

Everything aside, please use spell checks celebrities. 🤦🏽‍♀️

Masks down for photo ops. pic.twitter.com/dV1x2VvEys

So much for their feMinIsT TV show lmaoooo https://t.co/Z30LCGMjoD

What on earth have I just seen? https://t.co/LCUfOSdyUG

For those of you saying they are a part of showbiz and nothing more should be expected of them – really? Showing solidarity for a rape victim by being cavalier about the whole thing? Things really don’t work that way.

Here’s what these celebs could’ve done instead:

The matter has gone beyond the problem that children here need sex education classes. Its never a good look when self-absorbed Pakistani celebrities keep singing the same rote learned scripts.

The motorway rape case should have been an eye-opener, and it was. We expect better from our celebrities.

One of the Rapists Involved in Motorway Rape Case Gets Arrested