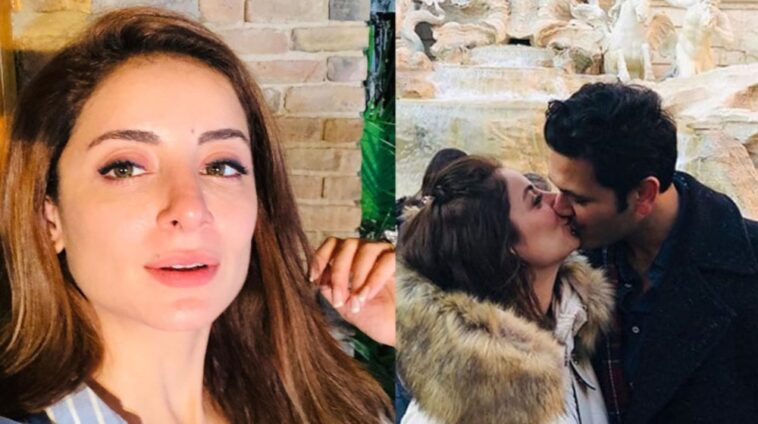 A year after being trolled over social media PDA with husband Fahad Mirza, Sarwat Gillani is responding to critics.

In her appearance on Tabish Hashmi’s ‘To Be Honest‘, the Dil-e-Muztar actress finally responded to those that trolled her over the intimate photograph.

The host, comedian Tabish Hashmi broached the subject asking, how the couple felt being trolled.

The Biggest Scandals to Hit Pakistani Showbiz in 2020

That’s when the Churails actress shared the backstory to the loved-up photograph.

“We were in Rome and that’s the reason we got a bit romantic and captured that picture.”

She shared how her husband nagged her several times before she relented and let him post the intimate picture.

“Fahad asked me 10 times before posting it on social media and I refused. When he asked me for the eleventh time I was so annoyed of him asking about it, again and again, that’s why I told him to post it”.

The Jawani Phir Nahi Ani actress added, how fans asked her about the photograph when it went viral

“After the picture went viral I received hundreds of messages from the fans asking me what is this?”

Sarwat Gillani called out how people are okay with watching women suffer domestic abuse on television, but a married couple’s PDA in real life was unbearable. The starlet has a point, as domestic violence is brushed aside as a couple’s personal matter in Pakistan, rather than reported as the crime it is.

“Watching domestic abuse in dramas is fine by them, … Your TRPs shoot up. Excellent. But if a husband and his wife are appreciating each other, if they are expressing their love for each other, it’s a problem.”

Did You Know Fahad Mirza Is An Amazingly Talented Sculptor? [Pictures]

Despite all the trolling, the starlet is unfazed by the hate.

“But it’s okay, … InshAllah in due time, they will learn to digest love and acceptance too.”

She’s hopeful that we’ll one day learn to accept couples being loved up in public. 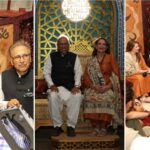 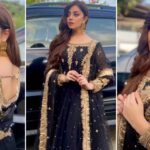