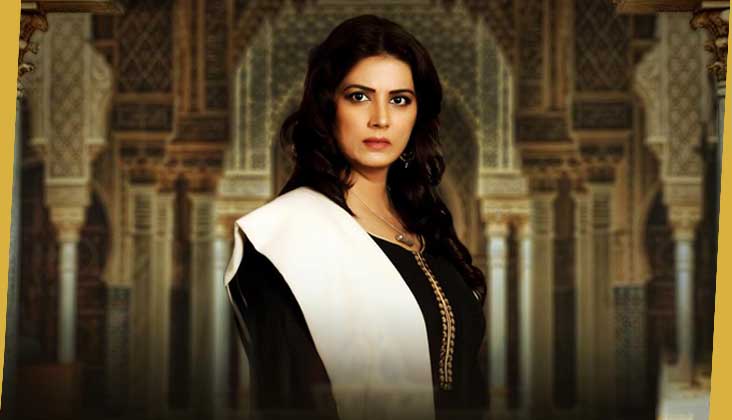 The recent episode of Mere Pass Tum Ho bagged five million views in 12 hours. To whom do we owe this pleasure? Looks like it’s all thanks to Maham, Shehwar’s (Adnan Siddiqui) wife. Her debut has gotten 7.7 million views till the filing of this report.

There has been so much speculation on who would essay the role of Shehwar’s wife.

As the drama has implied, Shehwar and Mahum had a terrible marriage. Initially, it was suspected that Kubra Khan would play the part of Shehwar’s first.

Now we know Mere Pass Tum Ho cast Savera Nadeem as Mahum. Last night Nadeem literally smacked her way on the screen. Maham walks in as a domineering woman, towering over the others and “slaps Mehwish as she introduces herself to her about-to-become ‘sautan’.”

Watch Out Bill Gates, Danish From Mere Paas Tum Ho Is Coming For You!

While this new character is the spark we needed on-screen, this just created a whole lot of confusion. If Mahum was the one to estrange Shehwar, why does she care now if he married Mehwish (Ayeza Khan)? To add to that, how did Shehwar go from his hedonistic lifestyle to marrying Mehwish?

Then there’s also the plot twist we know that’s bound to happen. Danish (Humayun Saeed) gets rich and Adnan Siddiqui goes bankrupt. We know this because if you remember, Shehwar forged his wife’s signatures and is living in a house in her name. Oh and she owns the business too apparently.

On the other hand, everything Danish touches turns to gold. Or in his words;

“Log jab apse subh kuch cheen laytey hain tou khush hojao, kyun kay Khuda tumhein sub kuch dayney wala hai, (When people take everything from you, be happy. Because God is about to give you everything)”

Now besides this sudden miracle to be (no not even karma works that fast). The issue of Hira Mani’s character Hania is still left up in the air. In this sea of strong women out to conquer what they want (even someone else’s husband), Hania lacks agency.

Besides that ‘damsel in distress’ stereotype, she can not even make a move on Danish. In fact Roomi has to do all the work. Which makes you think whether Roomi has more character than Hania.

Maybe Savera Nadeem’s Mahum will bring some clarity and knock some sense into the plot.