Pakistanis are an interesting bunch. We’re welcoming and family-oriented and that’s exactly how Shaniera Akram ended up as ‘Pakistan ki Bhabi’. We take even more pride in the fact at how well she’s adjusted to our culture and now, even her Urdu is making us swoon.

In the video Shaniera Akram and a British man namely George Fulton are facing off in a match of who can correctly recognize vegetables with the names in Urdu.

If that wasn’t cute enough, the two even threw in a couple sentences in Urdu. We’re glad that our Bhabi came out victorious in the duel.

This was so cute 😂

For the effort u both put in, I'd say both of u are winners! For the sake of challenge, George won this one ✅
It's refreshing to see your positivity towards mixing in w/ the culture / language & still retain your identities. Peace & Respect for U both🙏

Another challenge from the crowd this time.

The clip shared by George Fulton on Twitter was just a snippet of the whole thing. You can watch the full episode on George’s YouTube Channel Desi George. Or maybe we can go with a tie. some good sportsmanship here besides the brawl for Gobbi.

Although the YouTube channel goes by the name of Desi George, Shaniera Akram often teams up with Fulton to make these videos. While there’s an abundance of channels that showcase cultures in other countries like in Korea and Japan, not many of those exist for Pakistan.

We Pakistanis love our culture and tradition. We like sharing it even more. Whilst Shaniera, a new addition to our ranks, is pitching in for Pakistan, there’s no doubt that she continues to win our hearts and minds. 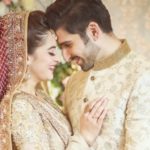 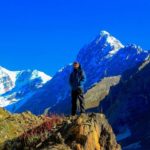