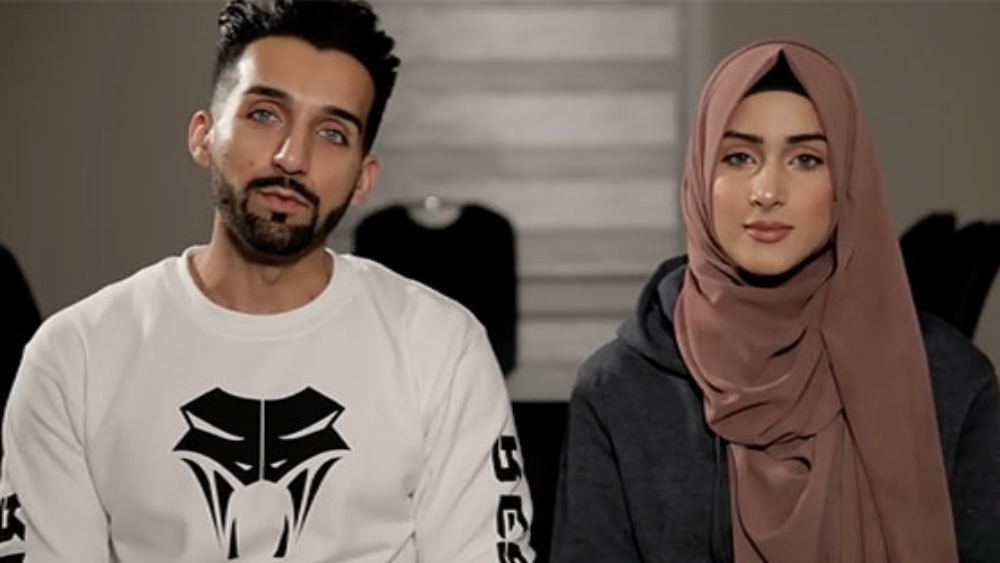 Sham Idrees and Queen Froggy are accusing a Canadian chain of restaurants, Demetres of Islamophobia. The husband and wife duo claims that they were refused service because of their faith and were forced to leave the restaurant. In a statement, Demetres denied the allegations and said that the issue was regarding seating arrangements due to COVID-19 restrictions and not prejudice against any race or culture.

To narrate details of the incident, Sham and Froggy took to their respective Instagram handles. Sham compiled a few snippets they recorded at Demetres, alleging that the servers were racist and felt uncomfortable serving people with ‘hijab’, referring to Froggy and his family members who wear hijab. Moreover, he said that the servers told them they would not serve ‘people of your kind’.

In her video, Saher, AKA Queen Froggy shared that she was ‘heartbroken’ by this treatment. She said that they have been to the restaurant a couple of times before, but never experienced anything like that.

“We just got back from Demetres,” she narrated in her video. “It’s a dessert cafe in Ontario Canada. I took my kids, my family and some of my hijabi friends. We just wanted to have some dessert and a night out. The servers at that location did not want to take our order. They asked us to leave the restaurant and said if we didn’t leave the restaurant they will call the cops, which they did because we are Muslim and they didn’t want to take our order.”

Furthermore, she asked her followers to go to Google Maps, and review the restaurant with the lowest rating and write #Banislamophobia.

Following the accusations, Demetres issued a statement on their social media as well. They denied the allegations, apologized for bad service and said that the guests were seated and being served until there was an issue with adherence to public health protocols.

“We believe there was a misunderstanding between employees and our guests regarding seating arrangements due to Covid-19 restrictions. The situation became escalated, and the guests were asked to leave.”

The fiasco took social media by storm, however, the masses sided with the restaurant. Netizens accused Sham Idrees and his wife of lying about what actually happened and manipulating the evidence. Some Muslim people who witnessed the incident revealed that Sham and his family/friends violated COVID-19 restrictions and when they were asked to leave, they twisted the narrative and pulled the racism card. According to netizens, the duo abused the power of social media and exploited their followers

Kanwal Ahmed, founder of the well-known Facebook group Soul Sisters Pakistan, also shared her two cents on the matter and said that Sham Idrees had done a “disservice to Muslims in Canada by faking a scenario of his wife being discriminated against for her hijab”.

“This undermines actual complaints of Islamophobia,” she added.

She also included testimonies from other individuals who asserted that the YouTubers were barred from the restaurant because they did not respect COVID-19 regulations.

Sham Idrees made another video responding to the criticism and shared ‘proof’ of the incident. However, many people in the comments asked him to post the full video of the confrontation rather than snippets.