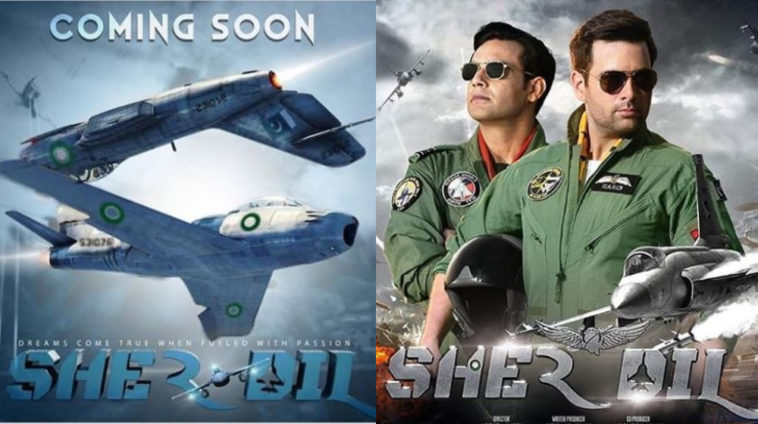 Sherdil’s full trailer is the real deal. If the teaser trailer had you on your toes, the full trailer will have you on the edge of your seat.

Directed by Azfar Jafri, he’s the mind behind this period tribute to PAF. The film is rumored to be inspired by real events from the 1965 war.

Sherdil cast Mikaal Zulifkar as the lead. In the teaser, we caught a glimpse of Hassan Niazi’s character an apparent friend. The trailer establishes him as an antagonist, but he did have some soft moments. Now we’re really confused as to whether or not we’re supposed to hate him (with his superb acting it’s hard to hate him).

Sabeeka Imam plays an Arab. We see her in shots in sequences of the ‘Top Flying Wing Exercises’ in UAE. That’s all we know and the real mystery is- who’s side is she on?

The tension between Haris and Hassan Niazi’s Arun are high. The two are seen going head to head in a terrestrial brawl and air combat. The action sequences included risky aircraft maneuvers.

Laila Zuberi is part of the cast but we didn’t see her anywhere. We did catch Samina Ahmed, who plays Haris’ mother or is a mother figure to him.

We did catch glimpses of Belal Shahid. His character had some comical moments in the trailer.

The air combat actions sequences, in particular, are quite impressive. Film-makers really put their back into the technical front (we’re looking at you Project Ghazi). The cutting edge VFX made the air combat sequences look surreal.

It is safe to say the trailer had got the air maneuvers and guided missiles just right. Credit for this sharp shooting goes to the Director of Photography, Riki Buttland.

Coincidentally, the trailer was perfectly timed with the Balakot airstrike. It pays rich tributes to PAF’s air prowess. 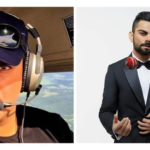 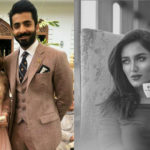