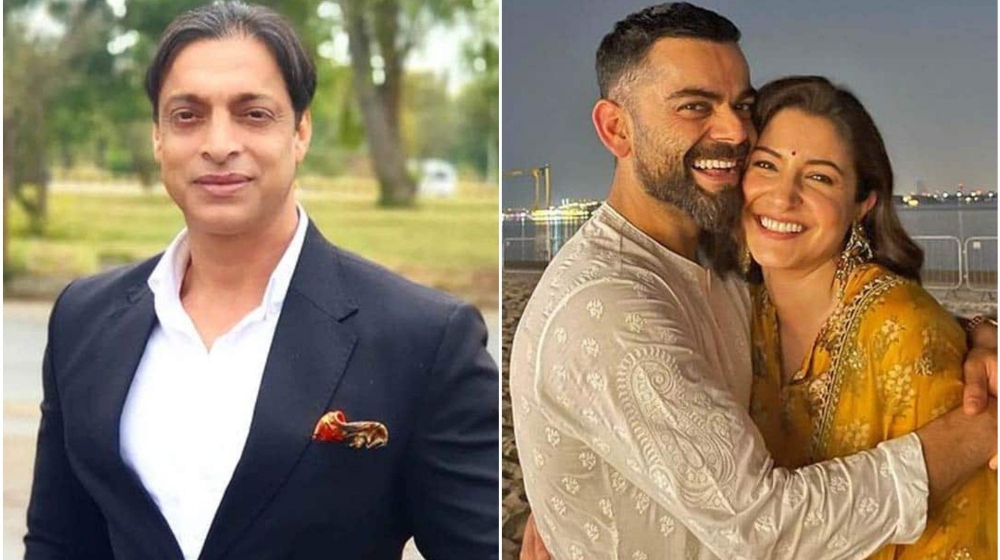 Looks like what goes around comes around as Shoaib Akhtar is slammed by Anushka Sharma’s fans as harsh comments come back full swing.

In a recent interview, the former Pakistani cricketer blamed Virat’s marriage for his underwhelming performance on the field. Shoaib Akhtar went as far as to say that the Indian cricketing prodigy should have married later in his career. That way he could perform to the ‘maximum level’ during his peak cricket years.

“I would have not even married if I were in his place. I had just scored runs and enjoyed cricket, these 10-12 years of cricket are different time and doesn’t come again, I am not saying getting married is wrong but If you are playing for India, you would have enjoyed the time a little,” said Akhtar.

#WATCH | Performance pressure is there on him (Virat Kohli) …I wanted him to marry…after scoring 120 centuries…I wouldn't have married…had I been in his place… anyway, that's his personal decision..: Former Pakistan fast bowler Shoaib Akhtar on Virat Kohli (23.01) pic.twitter.com/aGRi82kxxE

Of course, Netizens didn’t agree with what the former fast bowler had to say. With Anushka Sharma’s fans calling out Shoaib Akhtar’s assumption for what it is, an assumption.

Some even pointed out how Sachin Tendulkar had no problems making runs and records despite being married with kids.

Some were not as nice expressing their opinions and trolled the Pakistani cricketer.

There were even jibes at Shoaib Akhtar’s own career. Did marrying late have anything to do with that?

Previously sports star Sania Mirza mentioned how women are blamed for men’s shortcomings. As a sportswoman married to a sportsman she has often had to face this. However, when it comes to her shortcomings in the court, Shoaib Malik is not even mentioned.

It is pertinent that we understand one’s personal and professional lives can be mutually exclusive of one another. We need to stop blaming women when their husbands can’t perform in the field. Their athletic abilities have to do with their training, not their married life.