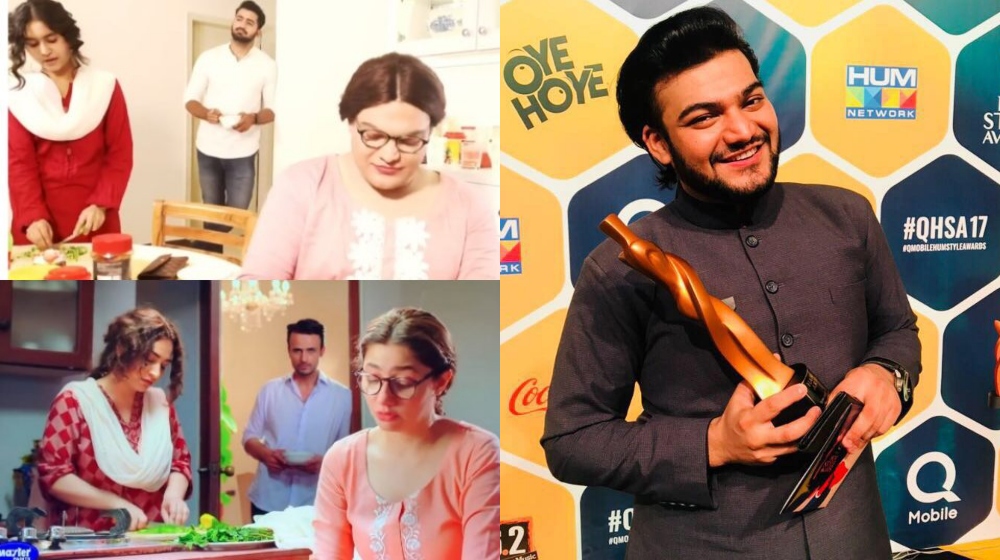 People had a lot of issues with a range of scenes and ploys in Hum Kahan Kay Sachay Thay. Especially those that didn’t read the book and went in blind. However, Pakistani makeup artist Shoaib Khan went ahead and lightly roasted a scene from the drama serial in a recreation.

The beauty blogger recreated a funny encounter between Mehreen and Aswad. In the scene, Mehreen was roasting Aswad unaware that he was in the background listening to her. When he intervenes, Mehreen is left embarrassed and flustered.

In his parody, Shoaib Khan played Mehreen and got Mahira Khan’s expressions down to the T.

This definitely made us crack up. What do you think of Shoaib Khan’s parody video?

Famed make-up artists and beauty blogger is famous for recreating iconic looks. His recreations have an uncanny resemblance to the muse.

One of his works includes a recreation of Madame Noor Jahan’s looks. The look was a tribute to the Queen of melody on her death anniversary.

The beauty blogger is also a beauty consultant at the Hum Style Awards.

Aside from his professional achievements, Shoiab has dispelled the stigma surrounding men wearing make-up. In Pakistan’s patriarchal society people mock men who wear makeup. Yet, everyone can’t help but appreciate Shoaib’s craftsmanship.