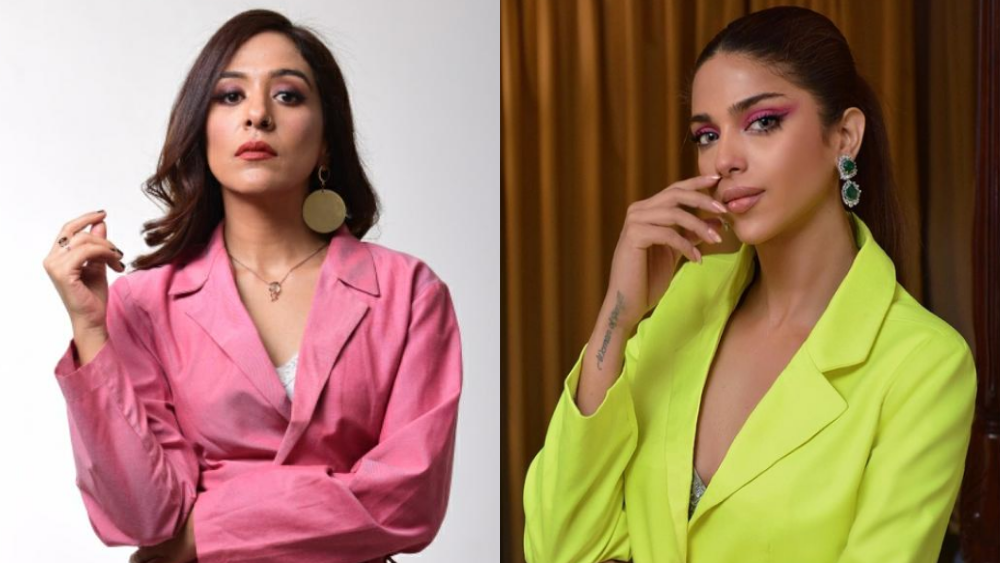 Nominations for the 20th Lux Style Awards were announced last week. While the Awards recognized talents across the genres of Fashion, Music and TV, several prominent projects weren’t acknowledged at all. Pakistani actors Sonya Hussyn and Yasra Rizvi were quick to point out LSA’s disregard for ‘art’ and ‘meaningful content’.

Sonya Hussyn turned to social media to speak her mind out.

“It is very disappointing to see that a project like Saraab did not bag even a single nomination at the Lux Style Awards 2021,” she wrote. “We talk about the need for meaningful content that also educates the masses with real issues but when [such content is] finally created they’re hardly ever recognized/nominated for awards. Aren’t those double standards?” 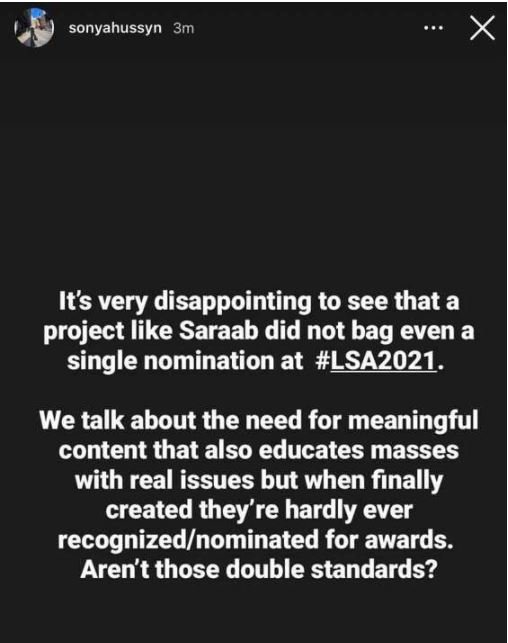 She called out the organizers and jury of LSA for prioritizing popularity over the delivery of meaningful content. Highlighting some of her mega blockbuster dramas, she asked, 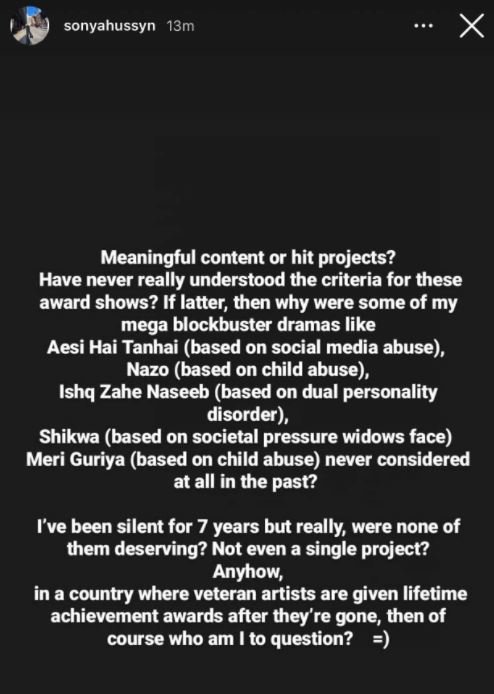 “I’ve been silent for seven years but really, were none of these [dramas] deserving? Not even a single project? Anyhow, in a country where veteran artists are given lifetime achievement awards after they’re gone, then who am I to question?”

Aactor and writer Yasra Rizvi labelled it as ‘business’ and pointed out how businesses use art to serve its purpose but do not serve art or the artists. 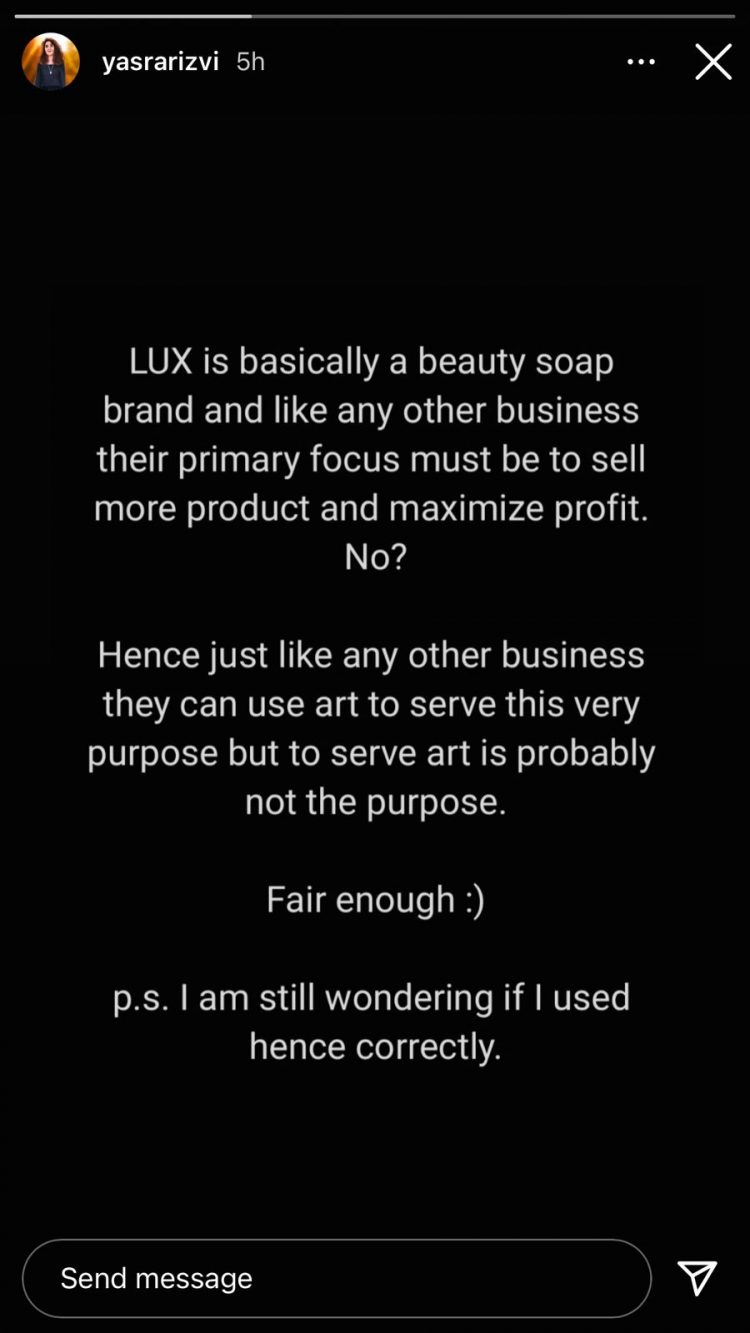 Earlier, Hadiqa Kiani shared that her debut TV serial Raqeeb Se didn’t get any acknowledgement at the Lux Style Awards 2021. But she is hopeful that “it may qualify” for an award next year. She also congratulated all the nominees.

I’ve gotten so many messages of love/support for Sakina/Raqeeb Se today but something that needs to be clarified: Raqeeb Se did not qualify for this year’s @LuxStylePk BUT it may qualify for next year based off of the LSA year policy. So until then, let’s hold our pitchforks 💗