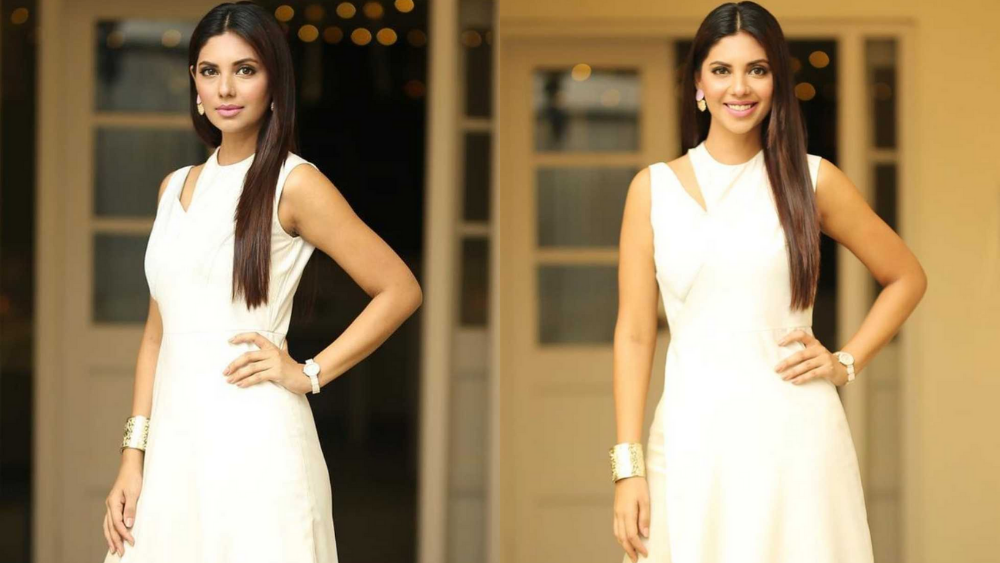 Sunita Marshall, who is breaking stereotypes with her role in Aulaad revealed that they made a huge blunder while filming Khuda Aur Mohabbat Season 3.

The model and actress recently turned 40 and over the years, we have seen her age so gracefully. She can be currently seen in two plays, Aulaad and Khuda Aur Mohabbat Season 3 and both of them are doing really great on the charts.

In a recent interview with Something Haute, Sunita Marshall shared her experiences in the fashion and television industry and how contemporary plays serve as a turning point for her career. The Mera Saaein actress also shared her two cents on why aspiring models and actresses choose to wear vulgar clothes these days.

Speaking about her career as a model and as an actress, Sunita said she had never planned whether she would work as an actor or leave the fashion industry after her drama debut. However, things turned out really well for her and she is grateful for that.

We have always seen her in a lead role, but in Aulaad and Khuda Aur Mohabbat Season 3 we see her as the ‘bhabhi’ – a supportive character who plays a positive role in the people around her.

But this wasn’t something she always wanted. In fact, she was reluctant when the dramas were offered to her.

“People want to cast young girls these days. There are actors who are my age and still play the lead role but I have been working for so long. I have not just aged as a human but my screen age has also matured. So it felt very weird at first to receive offers for a supportive role.”

Speaking about the mega-hit drama serial, Khuda Aur Mohabbat Season 3, the actress said she enjoyed the shoot a lot. There was a long gap due to the pandemic though, but, it was one of the most enjoyable projects.

The host, Amna Isani then asked her why is the bhabhi’s character so unconventional in the serial, because we see that the household is very religious and conservative. It is a common tradition in desi households that the women, especially daughters-in-law cover their heads around the male in the family, but Sahiba does not follow that.

Even Mahi does not leave the house without a burka, and in one of the railway scenes, we see Sahiba in a burka too, so why don’t we see her cover her head in front of his father-in-law. As simply as she could answer this, Sunita called it a bhund (blunder).

“This was something we realized later on and I discussed it with the director as well. He is very meticulous about small details, but this blunder just had to happen,” she added.

Why do young actresses/models feel the need to wear ‘vulgar’ clothes?

The Ghamand actress also shared her two cents on why aspiring models and actors feel the need to gain attention by wearing ‘vulgar’ clothes and present an ‘overly westernized’ image of themselves.

Sunita Marshall said that it’s because they want to be a part of the ‘rat race’. Everyone is obsessed with social media followers and the number of likes, and to get that, they ‘cross the line’ sometimes and do things they shouldn’t have done.

And unfortunately, the image they plaster on social media is not who they are in real life. They just have that urge to get noticed. And besides, we’re living in Pakistan and it’s an Islamic country so people should be careful of that.