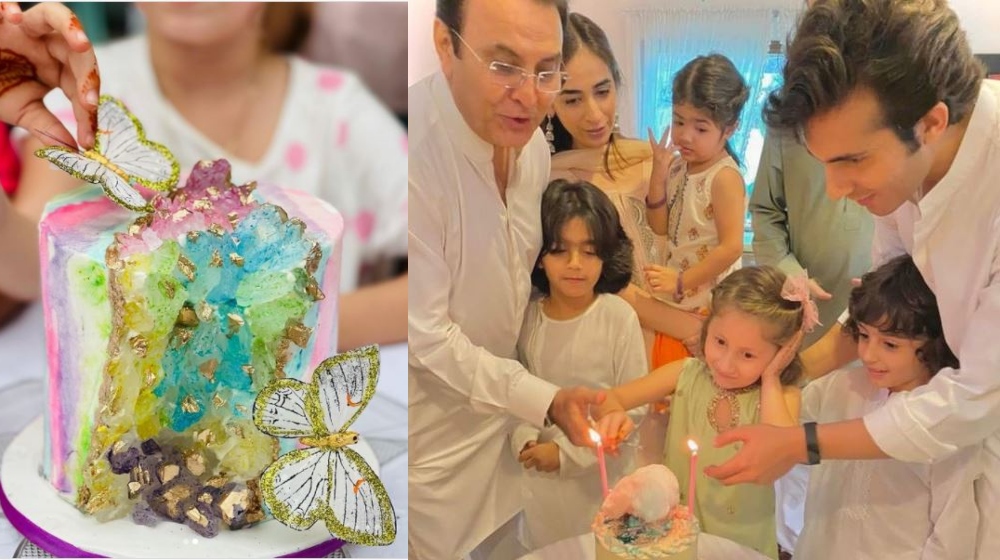 Syra Yousuf and Shahroz Sabzwari threw a birthday bash for their daughter Nooreh. However, both kept their festivities separate.

The co-parents didn’t team up to celebrate Nooreh’s birthday but rather threw her two separate celebrations. While Syra opted for a family bash, Shahroz had family friends over with their kids.

Little Nooreh looks happy celebrating her birthday with her grandparents, and family friends. 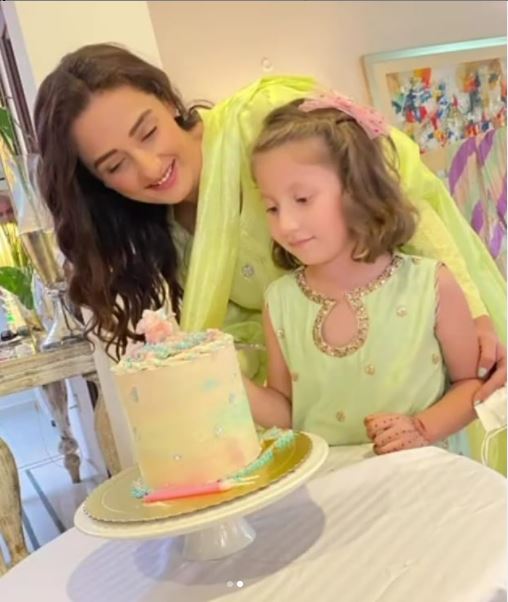 Syra Yousuf also penned down an emotional birthday note for her little girl.

“You bring joy to my life. Happy birthday bubble.”

Meanwhile, Shahroz posted a video of his daughter recited ‘Ayat-ul-Kursi’. He captioned the video;

Syra Yousuf and Shahroz Sabzwari separated in late 2019 and later confirmed their divorce in February 2020. Recently Behroze Sabzwari mentioned that Nooreh spends several days a week with them after the divorce.

Despite speculation regarding their parenting arrangement post-divorce it’s good to see the adults putting aside differences for the stability of their child.